Off and on, since I wrote that entry saying about the whole other mindset of army/ civvy life, I have been wondering if I over-egged it. Whether, in fact there is that much of a difference.

The other day, for no apparent reason I remembered an incident from the last T.A. outing.

Our group, C section, were with the other two. We’d been out dicking about in the field all day. For one exercise we’d dropped off our bergans (backpacks) and gone out on patrol in our sections with just our patrol webbing (think: Bat utility belt!) and rifle. When we’d finished, the three sections regrouped across a dip in the terrain from the bergans. As a bit of team building the corporal said we were to race across, pick up our bergans, then race back. Last section in to face a forfeit. We ran off, got to our bergans, then as I was helping one of the girlies in our section on with hers I heard a P.O. (Potential Officer) from our section shout out “Come on 3 section!” as he started to run back. I continued to help my team mate. As we were running back she fell over. I stopped and helped her up then ran her in. We were last.

I was furious. I shouted at the P.O., “It’s supposed to be team building! You don’t leave a man down, you prick!”

I was actually livid. The squad moves as fast as the slowest man. You take their bergan, their webbing, you drag them with you, but you do not leave them behind. He had run off and left the slowest to struggle.

Whilst technically it was a woman down, the point remains valid.

Deep breaths. *in with calm, out with homicidal rage*

Just thinking about it has got me wound up.

Anyway, my point is; I don’t think I over-egged it too much. As you move further away from the army mode you assimilate it into your civvy way of thinking until you can’t see the join. Then you remember incidents like the above and it just doesn’t fit into your normal way of life or thinking.

As soon as the weather looks a bit healthier I’ll have to get back and do the last part of my training. Cold, sleep deprived, over bullshitted fun.

Talking of the bleak conditions, I haven’t been able to go out and run or cycle since my last entry nearly two weeks ago. It’s been constant snow and ice. No way am I running or riding in that, I’d break my neck!

There’s no real excuse why I haven’t been swimming, mind.

One of the chaps on twitter is a Scouse triathlete and he recommended his club. Apparently they do team swimming three nights a week in a 50 metre pool, with a coach, 7.30-10 pm, £3.90 a lesson! It’s 12 miles away. Not too bad. Then from April to September they do outdoor swimming in the docks at Liverpool. An ideal introduction to open water swimming for me. I’ll start going to the pool in January.

I’ve not heard anymore about work consenting or dissenting to my idea for upping the limit on the cycle2work scheme. I’ll have to get on to them again.

I have been ruminating the idea of joining a gymn to thrash their treadmill and cycling machines until Spring, but they all want you to pay ridiculous amounts and join for a year. David Lloyd have a three month contract option but only on the all-singing all-dancing package. I don’t want to pay top dollar for badminton, boules, and extreme ironing, when I just want the treadmill. cycles and pool.

O.K., I’d be tempted if they really were offering extreme ironing.

I went on the website, an lo, an xmas miracle; 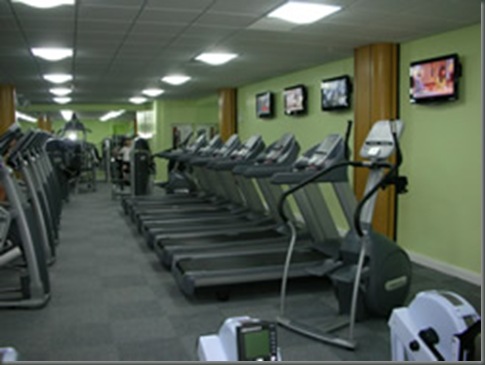 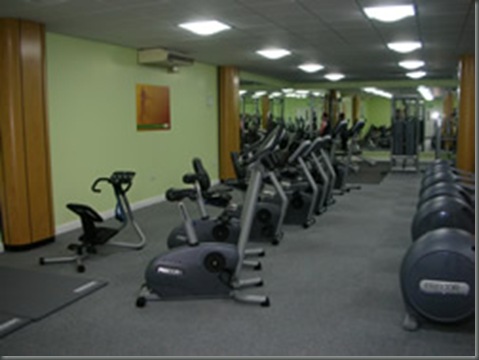 I rang them up and they said I would have to have an induction, (£8, unless I joined) then £6 per session, or join for £26 per month, have unlimited access from 7.15am- 10pm, and I only have to give 30 days notice to cancel my membership and direct debit!

So it’s a month membership in other words. I forgot to ask if  I get access to the pool, but for that money,with all that kit, and opening hours I can use around my shifts at work I can’t complain.

My fitness regime starts in earnest from Monday. Cool.

I’ve also been gleaning healthy eating advice from my Triathletes World magazine. Shit loads of cold water fish (omega-3, not to be confused with the vegetarian omega-3 which is next to useless, threw that bottle out!) which acts as a muscle repairer/ builder, reduces muscle inflammation,  eases joints and as an added bonus causes cancer cells to kill themselves, according to some studies.

I’ve bought mixed  nuts and dried fruit for on-the-go energy. Apparently you run out of stored energy after about 90 minutes running then are left with nothing. The ‘wall’ that marathon runners hit, and which dickhead cyclists slam into around Yorkshire if they don’t take food, it would seem.

I tried biscuits, but trying to run, chew, salivate and breathe all at once is too big an ‘ask.’ Nuts and dried fruit, quick to chew and swallow, don’t require moistening, massive amounts of energy. Carbs and protein.

Trouble is, I’ve not been out doing anything, just enjoying my healthy nibbles!

Tins of tuna, small tins of cold beans, nuts, fruit, bananas, satsumas, yoghurt, brown rice, brown bread, haddock,… I’ve been eating my way through anything and everything that might be good for a triathlete, then sitting around wondering why I am not getting fitter!

Right, it’s getting on, decaf brew and then bed I think.