Yes, I know that was an awful title. It’s in the style of those cutesy cat posters with the  allegedly heart-warmingly humorous slogans.

Search under lolzcats or some such, I’m not going to defile my blog with an example.

Now that’s a classy opening; a wandering digression before I’ve even started a topic from which to stray. I’m tired, leave me alone!

To start again; wouldn’t you know it?

I am massively overcommitted. I am supposed to be running 6 days a week, cycling most days (commuting to work, plus ‘proper’ rides) and swimming as often as I can get to the pool. Also I’ve gone back to my sax practise after a month or so avoiding it. The longer I left it the harder it got to pick up. Finally got back to it, now I have to keep it up. With work as well it’s difficult to ring-fence a few hours for sleeping!

I was doing swimmingly with my running and had made up my fitness and endurance after the treadmill debacle. I ran a poor 20 miles, then three days later a better one, shortly after I ran a fair good one, but hurt my knee a bit. The next day I went out and did a quick (for me) 10 mile run just to keep my hand in. When I woke up the next morning my knee felt the size of a balloon. It wasn’t all that visibly swollen, but it felt it. It took me two weeks to get it well enough to go out for another run. I did an ‘easy’ 10 miles, and buggered it again!

I was getting worried as well as pissed off. I can’t afford to miss all this training time. I had a look on the Runners World website and apparently it’s ‘runners knee’. It’s where the knee bones aren’t travelling smoothly in their socket, so they grind the protective cartilage between the bones. Caused by over-pronation  (rolling the foot inwards whilst running, which I do and for which I have special trainers) not developing the inner thigh muscles (running develops the hamstrings and such which pull your leg out of shape, the thigh muscles hold it in place. Working on it.) and over training. The training programme said one big run, rest lots of little runs, not big run, rest big run.

So where’s the irony?

The council have finally offered me an allotment!

I’ve been on the waiting list for years. So long I’d kind of forgotten about it. Now, when I don’t have a spare minute where I shouldn’t be doing some training they finally offer it me. 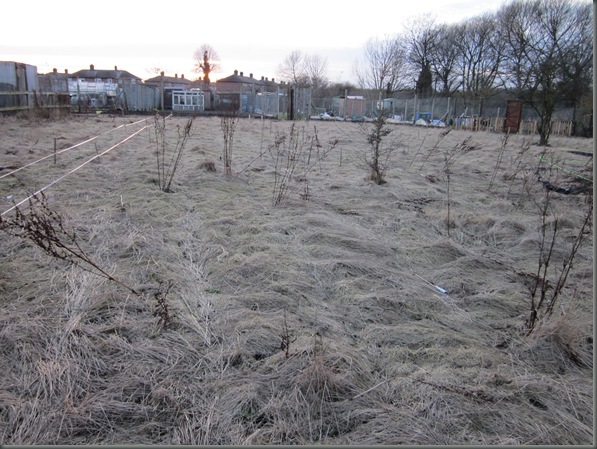 As you can see, it need a bit of TLC.

It’s not a bad plot, 31 yards by 4. So it’s not too vast, but room enough to grow quite a bit. The allotment rules are no fences or livestock, so it’s all out in the open, no horrible shady bits. They have a rotorvator on site that you can use.

Also, because I have membership with Warrington Leisure, I get my rent and deposit at half price!

Ooh, also, that photo’ was taken with our new camera. Very pleased with it.

Here’s one of Wendy looking skinny; 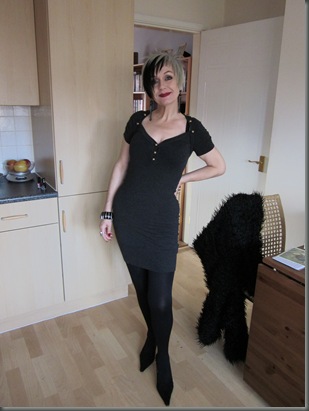 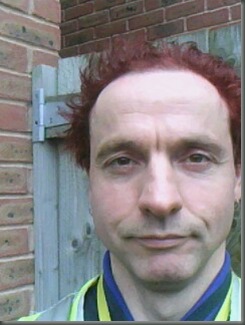 A dye that worked; 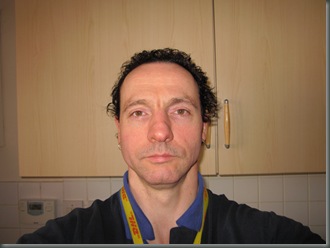 An our orchid with its new flowers 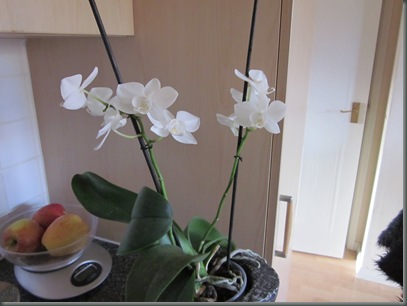