To cheer myself up I’ve been down my allotment today. It is something positive to be thinking about.

It’s gone from this: 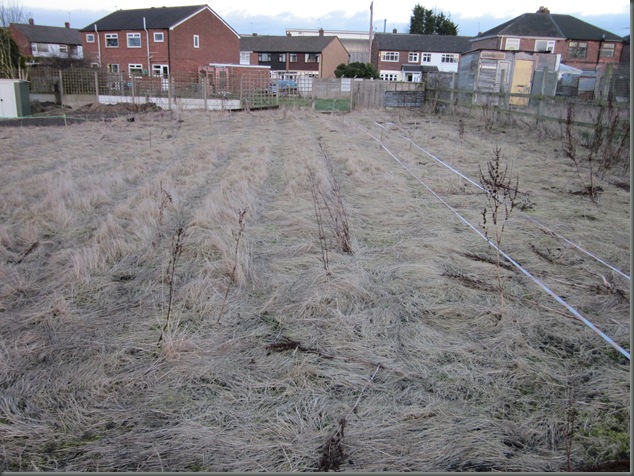 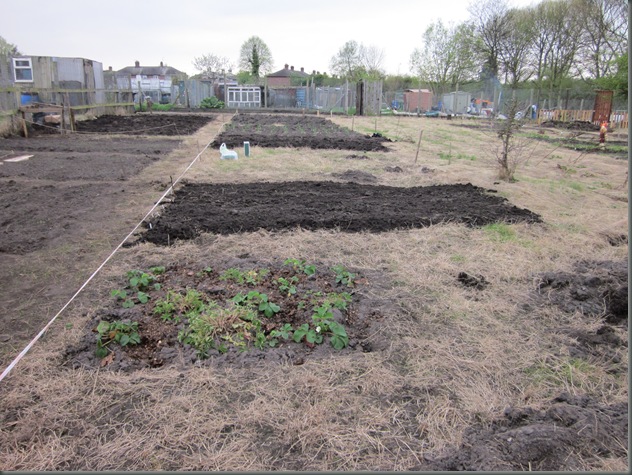 Mine is the plot edged by the mine tape to the left (of the bottom picture) and the sticks and unturned earth to the right.

At the top of the plot I’ve left a big space for my tomatoes (when I can plant them out, and have had more of a chance to kill of the more persistent weeds) then there’s the potatoes. First early, second early, and main crop. That took some digging I can tell you! 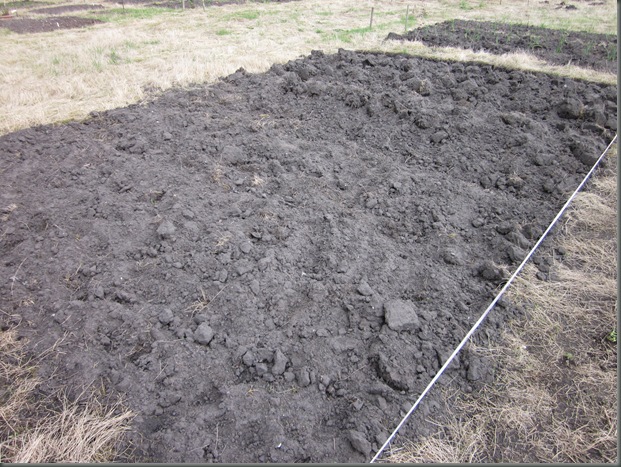 That’s my first section; potatoes, in which section is included tomatoes. Don’t ask me, I don’t make the rules.

Behind them you can see the start of my second section; legumes, onions and roots. On the picture you can see the red and white onions. Viewed from the second picture you can see I have extended the section. It now has leeks, spring onions and carrots as well. There is a gap between the second and third sections that has not yet been turned over, this is for my french beans, mange tout, and dwarf beans. I forgot to buy some canes otherwise I might have got that done as well.

In the third section; brassicas, I’ve dug lime into the soil and planted savoy cabbage, quick heading calabrese (broccoli) normal calabrese, (because I’m not sure if it’s different or not) some broccoli and two rows of cauliflower.

The three sections are for crop rotation, apparently. One lot takes something from the soil, the other lot adds it, and it keeps the diseases that attack each on the hop. I don’t know, you just have to, OK?

It started off the plot looked huge and I’d never be able to get to the end of it, not I’m wondering where I’m going to put stuff.

It’s too late this year because I’d lose the flowers/ crop, but I have another two apple trees, three blueberry bushes, two pear trees, a cherry tree and a blackcurrant bush to plant in from the garden.

One of the pear trees is a dwarf/ pot one so I might keep that here, and the cherry is looking mighty fine at the moment, that might stay as an ornament. 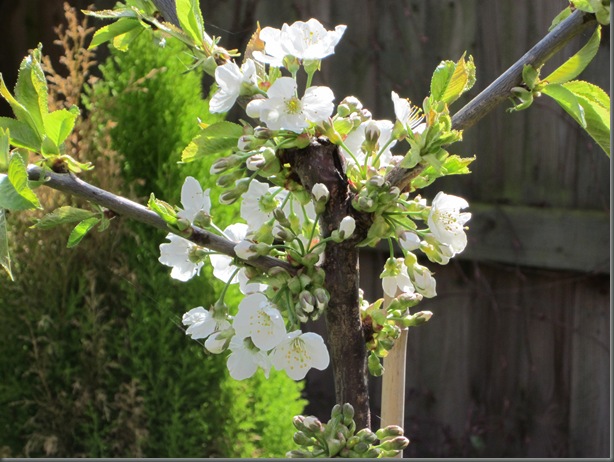 It’s only it’s first Spring in the garden and it’s flowering like that!

So the allotment is almost up and running. I have to dig over the end of the second section, incorporate lots of manure, erect some canes and pea nets then get my peas and beans in. The rest really is just digging over and weeding the little bits that are left.

My goth chic is definitely out of the window this year. With all the exercising in minimal kit and now the heavy gardening I fear a tan is inevitable.

Ooh, that reminds me, next Wednesday I get to test my wetsuit out! Mersey Tri, of which I am a member, resumes it’s open water swimming in the docks at Liverpool then. Unsavoury as that sounds it’s supposed to be quite clean water.

The allotment may not be the drain on my time I feared. Once I’ve dug it all over and planted it up it should just be a matter of watering and weeding, occasionally feeding. I should be able to get stuck into my training again.

One last picture before I go, I’ve had a re-think with the former ‘grassy knoll’ and removed most of the grasses. I’m going for all year round appeal. I’ve planted the different colours of dwarf conifers inside the box hedge circle. With hebe to make balls of a different colour and texture. To give it a bit of seasonal interest I’ve planted an acer at the back in the moist shade. 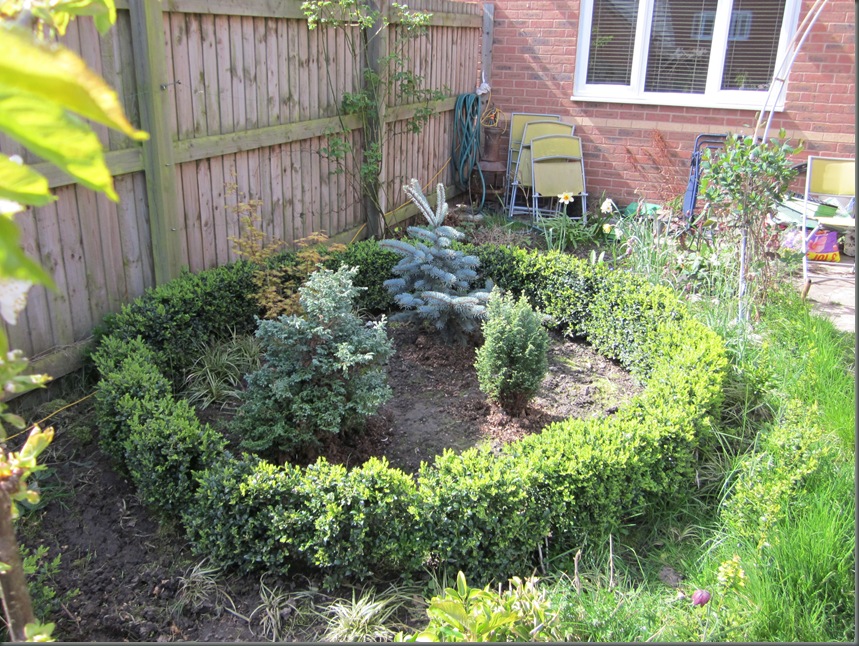 You have to bear in mind that the conifers are sulking as I’ve not long since moved them, the hebes are but twigs that I’ve managed to get to root from cuttings last Autumn, and the box hasn’t been trimmed or fully grown in yet. When it grows in as I want it, I think it will look quite nice.

I’ll take a better picture. It looks nicer than that now.

Anywho, back to work tomorrow, best get to bed.