Cornwall is lovely. I really would like to retire there. Happy association I expect, as it’s where Wendy used to live, and where I spent the first three and a half years when we got back together. About a gazillion years ago.

I would like to move there now, never mind retire. That was an early version of my career path in point of fact; get my truck licenses, get a job driving for the Royal Mail, then transfer to Cornwall. Which would solve the main problem, no jobs or money in Cornwall.

That worked out well.

Well, we trotted off to Cornwall in the mighty Micra. Us, bags, sports kit, and a push bike all wedged into its TARDIS like interior. We had a fair journey down, Wendy only screamed at me once for my driving. Good run.

Our chalet was tiny but more than adequate for our needs. Two seats, a (tiny!) telly, heater, cooker, etc, a bog with shower, and bedroom. What more do you need on a holiday? The idea is to be out doing stuff, the chalet’s just  somewhere to lay your head at night. 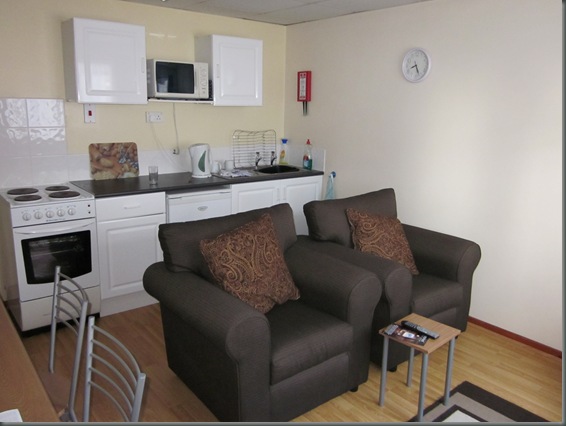 After the fail-fest of the Saturday we went to St Ives, being on the opposite coast it was sheltered from the wind. We didn’t realize it, but the sun was strong. By the time we went back to the chalet I was red as a lobster across my forehead. I spent the rest of the week rubbing peeling skin off!

But it is lovely; 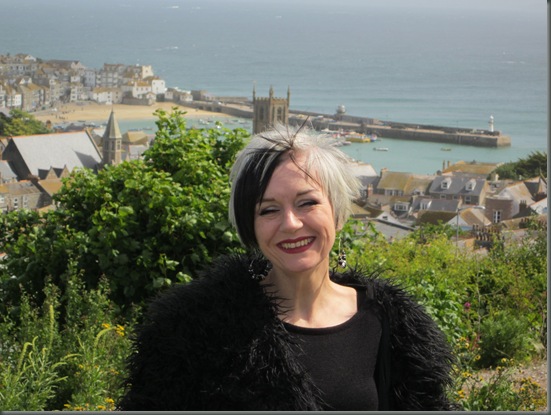 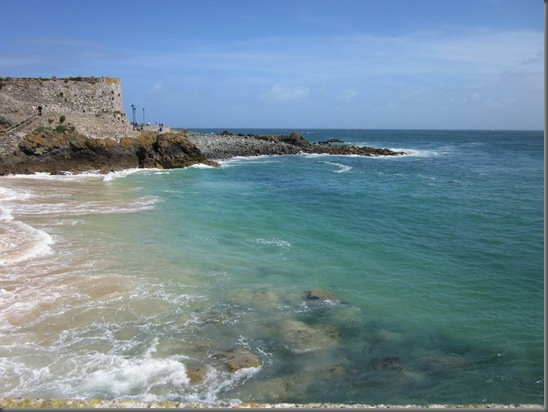 Just look at that sea! Go on, look at it! How clear it is, and the different colours. Tempting, non?

Sat here in the warmth, with no danger of having to get in it, I’m tempted.

We ate out every night. Mostly just pub grub, but it tasted better when you are looking at this while you are eating: 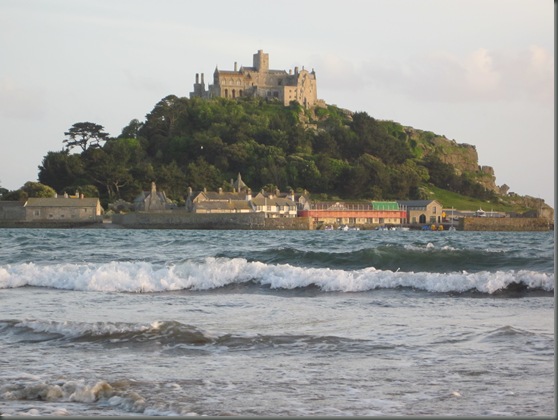 The one exception was ‘The Boatshed’ restaurant in Penzance. That was a bit pricey (compared to pub grub, Wendy assures me it wasn’t dear, £70 for two of us, three courses, with –pop- drinks) but bloody hell! Best food I’ve ever put in my mouth. Absolutely divine. If you are ever any further south than the Brum you have to pop in! Say I sent you.

We went to the Eden Project (motto: We are ordinary people trying to change the world. A modest raison d’être, I thought.) which is worth a visit. A visit. Weird to see house plants in their native conditions, in the shade of the tree canopy in a steamy jungle. They must love the arid, central heated houses they are doomed to inhabit.

Some interesting stuff to see in the flesh, like bananas hanging in bunches and this beast; 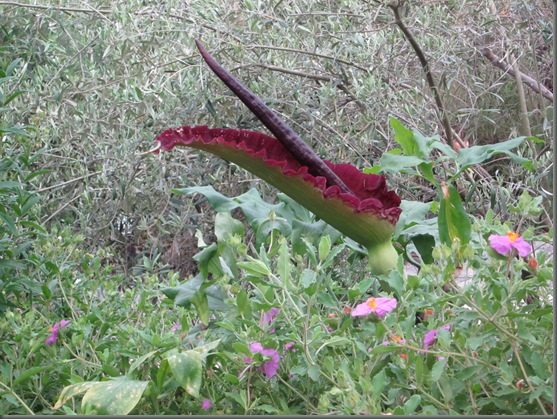 Other than that, we went to Trebah Gardens, a skilfully arranged garden. Not in a formal style but as you walk through trees and bushes you come across sudden windows across the landscape that are captivating; 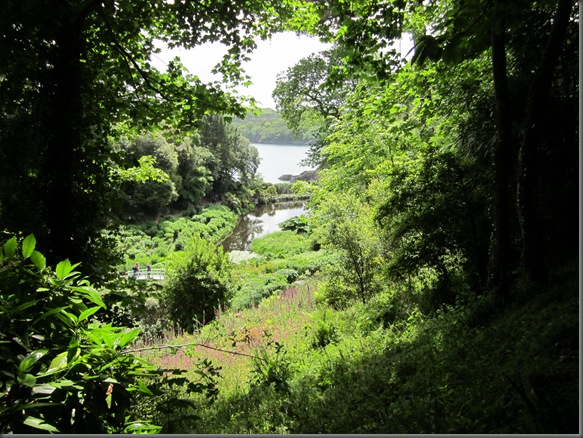 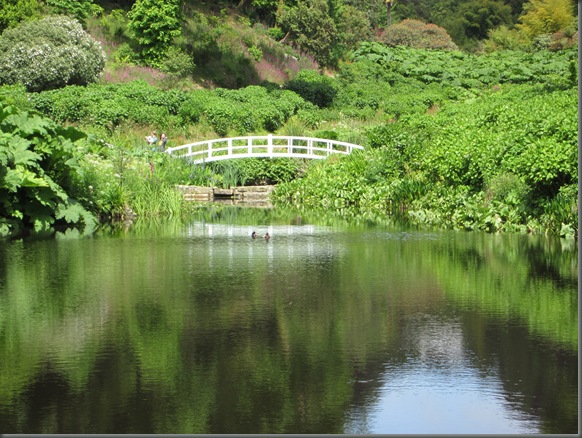 It starts off on a hillside, keeps you limited in your views so you are constantly discovering windows, then out of nowhere you are in a bay looking out to sea’s horizon. Quite an extraordinary garden!

In between doing all this eating and visiting I was taking some swims. I forgot to mention in my last blog; when I started to relax a bit (ie, I was still a bit panicky but not convinced I was going to drown any second) I hit a new barrier. As I swam out a bit I started to get panicky that I was going to get eaten by a shark. Damn you Spielberg! Thirty six years later and I’m still scared!

Probably just channelling my existing panic, but I tried to get back into shallow water as soon as I could!

We did other touristy stuff; pigged out on pasties, Roddas clotted cream, Cornish ice cream, bought a Kernow flag sticker for the car, etc.

It was grand. Wendy really didn’t want to come back. Can’t say I was keen. I was getting some serious internet turkey though.

And now we are back. Wendy has put on eight pounds and is gutted. I ate non-stop the whole time we were there and  haven’t gained an ounce. Ha!

Now back to some serious training. I cocked the half up, have to do a million times better to even stand a chance of the full Ironman.