I was called a few weeks ago at 1600, and asked if I could cover a shift starting at 1700. I dropped everything and got there. I was desperate for work, one shift is better than none.

Since then I’ve been in every available night (they only work from Monday to Friday). I’ve already done three weeks, and they’ve asked me to go back in again Monday to Thursday next week as well. ( I told them I can’t work Friday as it’s my mam and dad’s retirement ‘do’ before they bugger off to darkest Wales and thence to Bulgaria.)

If they then ask me back the next week I think I may have landed this job.

The positives are considerable though; it’s the same job every night (pick up a unit and trailer in Irlam, run up to Aspatria –right at the top of the Lake District-, do a trailer swap and come back), weekends off, and it’s easy driving. I have a bit of a job on manoeuvring in the Irlam yard, but it’s not too serious and the Aspatria yard can be pretty damn awkward, but there is no-one else there and I have all the time in the world. I can take as long as I like to get it right without pressure or rushing into a mistake. (For ‘mistake’ read ‘crash’.) So I’m gaining lots of good experience in some quite tough situations, without freaking out or being forced into errors. Ideal in that respect. And, the job will continue to need doing. If they have me back after having Friday off (I’ve given them over a week’s notice, if they get funny over that, sod ‘em!) I can’t see why they won’t keep me.

There is an unnerving bay in the yard at Irlam, that even the shunters (people who do nothing but reverse trailers around the yard and put them on bays and such all day, every day) don’t like using. You have to reverse into it with a bend on your blind side, which runs next to a wall. In other words, you are leaning out of your window looking down the drivers side of the trailer whilst backing it in. The other side, which you can’t see, is next to a wall. Obviously, if you overcook it a little on that side harsh words will be exchanged and job offers withdrawn.

The thing is, I don’t mind it. There are lines painted on floor to show where the trailer should end up when parked. I just stick tight to the drivers side one, which means you shouldn’t hit the wall. It’s the stupid tight gaps they leave between random trailers that scare me. There are no lines to follow, as soon as you put the bend on you are going to lose sight of one side or the other. What I’m doing at Aspatria is wriggling the trailer up to the gap then trying to get it straight before I back in. Not a luxury you are afforded in many places, but theirs is a big yard.

So although the money isn’t Tory and the hours aren’t ideal, I would happily stick with this one. I’ve noticed I’m a shit-load better at lots of things already.

There are some fun times to be had driving through Cumbria as well. Even though it’s the same route every night, there are still some… interesting moments. There is one corner particularly, in the middle of Carlisle that is focusing. A right hand turn at some lights, you have to swing it really wide to get around the island in the middle of the road, then quick as you can drag it right over into the oncoming lane to stop your trailer from pranging the trees that lean out from the pavement. (Or seem to. It’s bloody tight, either way.) That never ceases to be fun. As when the road disappears as it’s twisting on the brook of a hill. Or your cab gets pushed on by the weight of the trailer when you try to brake before a corner in the rain.

When I say that’s fun, by the way, I mean it. I’m grinning like a fool in those situations.

It’s the reversing into blind situations that I hate.

So, that’s work. I’ve gone from freaking out and worrying I wasn’t getting any work to being settled into a regular job. For now.

I’ve not really been training. Due to tiredness and laziness. I’ve had to get a grip though. I’ve gone from ten stone four of muscle, last year, to eleven and half stone of quivering blubber now. Today I took my leg for a test run (literally). It’s been three weeks or so since my last gym run, so I thought my calf should have healed. I set off for a ten mile run. I set off way too fast (about 7 minutes for my first mile, as opposed to ‘good’ 7.5 when I was fit, or a ‘steady’ 8 minutes for endurance running) so nearly killed myself. I tried to slow the second mile down to catch my breath, but my lungs were on fire and my mental toughness was totally absent. I turned around at just over 2 miles and stopped to get my breath!

It was a humiliating wake up call. By the time I’d ‘run’ back (with two more stops!) I thought I was going to throw up.

Wendy is dying with the lurgy and was so ill she had to ‘phone in sick on Thursday and Friday, and I’ve been feeling chesty and a bit weak. I’m hoping that was a factor. I fear it’s just Winter training in the gym. And being a fat old duffer.

The only bright side was my calf was fine for the run. It’s feeling a bit funny now, but hopefully it will be OK again tomorrow.

That was a serious injury. It’s taken months to heal. If indeed it now has.

The Ka is still impressing me. I think the little bugger would roll before you could get it to slide. Don’t think I haven’t tried. I want to know how far I can push it, so I have a line not to cross. So far my nerve is failing before it’s grip. Sterling job, Mr Ford.

My other current obsession (sax, clarinet and Russian) have taken a hammering as well. I need to sort out a training plan.

Apropos to nothing, if I’m doing 40mph down a single lane in my truck it’s not without a reason. In fact my reasons are fourfold. Firstly, it’s the law. Yeah, I know. But, secondly I get paid by the hour. So to go faster is to take a pay cut whilst running the risk of threatening my job with points on my license. Thirdly, should I prang it, for whatever reason, the first thing they will do is look at my digital tachograph, whereupon will be written indelibly ‘went into a ditch at 50mph’ on a 40mph road. So sacked. And lastly, I’ll give you shit loads of room to overtake on the empty straight bits, if you refrain it’s your own stupid fault.

In other news, I have found a genre clothing look that is stylish. An offshoot of Goth, Steampunk. It’s like a Victorian era imagining of sci-fi. Very cool. here are some sunglasses: 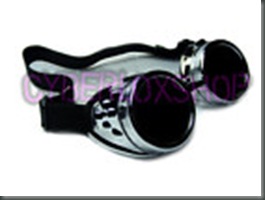 I’ll buy them if someone wants to buy me an inexpensive coat to go with them, say, this one:

Anyway, I’ve been looking forward to this sleep all week,