After my last entry, saying how I’d banged that reverse in without breaking a sweat, the rest of the week I made a meal of it. I couldn’t understand why it wasn’t working. On Friday I watched as another driver set to it. I was reversing the trailer down the middle of the road, swinging the arse end up to the posts and trying to wriggle it in from there. He drove from the far side of the road and swung the back as wide as possible. He was more or less lined up whilst still eight feet from the posts. Loads of room to straighten up and correct without worrying about hitting anything. I’ll try that tomorrow.

I’ve got the directions in my head for both drops now. All I have to do is crack that reverse. When I’m confident about that I think I’ll be applying for a new job. I’ll be competent in all respects of the job then. I mean, I can get it done now, but I want to be able to bang it in first go, knowing that the side I can’t see is not going to hit anything. That’s still my biggest problem, having the confidence to back in at an angle.

This is brilliant practise for that. I have warehouse lads to shout if I’m going to hit something. Ideal. That is the game plan, then; crack this reverse, apply for new job.

I want one because the hours on this one are shite. I ended up finishing at 3am twice last week. That’s not good if you can’t sleep so well in the daytime. And there’s the problem with it being a ‘self-employed sub-contractor’ job. I’ve still not paid any taxes and have no idea where I stand. I fear next April is going to be horrific.

In other news Wendy has caught a vile bug. She was off sick on Friday, spent all yesterday throwing up and has moped about the place, ghastly ill, all day today. Now I think I’m coming down with it. This is far from ideal as it’s my trails half marathon (up the stupidly steep hills around Rivington) next Saturday. Bugger.

I am all kitted out for Winter cycling now but I’ll not be riding in until I feel better. Not even feeling properly bad yet, just weak and hot/cold. They had a special in Aldi on Thursday. All cycling gear. I got a shedload. I turned up at 8am, on a workday, (having got up especially after little sleep) and by 8.02 (when they finally opened the doors) there was a queue outside. I was caught out last time when Lidl had a special on. By the time I got there, two hours after opening, it was mostly all gone. This time I was prepared. My mate on Twitter tipped me off that it was coming in. 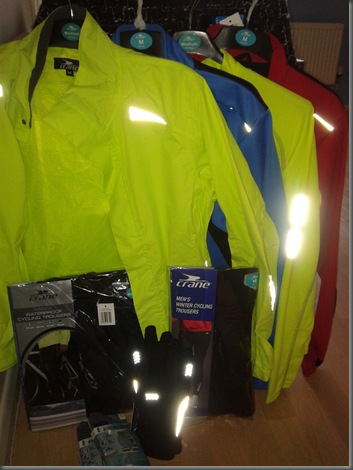 My game plan now is to get rid of this bug, let some air out of my front tyre so I’ve got some grip (it’s slipped out a few times in the rain, most unnerving!) take off my tri bars until Spring (wider hand positions, more control in case of front end slippage) and take off the clip-in pedals and replace them with  the toe-clip ones the bike came with. That way I should have all the kit to cycle to work through the worst of the weather, have some grip and control, and be able to get my foot down if I’m about to fall off. Armed with all of that I have no excuses.

All that kit, if it does enable me to ride in every day, is the best economical investment ever. I’ve been driving in (as I was being lazy and it was pissing it down) and it’s costing about £46 in ten days in petrol! OK, that included a run to Rivington and one to Frodsham, but bloody hell it’s a dear do.

Talking of investments, did I mention we had to bin our old DVD player? I pre-ordered the DVD box set of The Avengers (Marvel comics films, not Steed and Mrs Peel) as we loved Avengers Assemble so much. It’s another brilliant success by Joss Whedon. Well, it’s another brilliant film by Joss, the other brilliant work he’s done has not been that much of a success. Anywho, we got the box set, Wendy set to watching it while I was at work, and it was sticking. I assumed it wouldn’t be a brand new DVD so looked at a replacement player. I saw we could get a blue ray player for under £70 so we’ve upgraded. Bloody spiffy bit of kit. Apparently as well as (obviously) playing blue ray discs it automatically upgrades the quality on DVD’s. Cool. Now we need a blue ray film to see if it’s as life-changingly marvellous as they say.

Mandy and Luke gave us this one years back. They said it was old and needed upgrading then.  I’ve been covetously eyeing a replacement for a while. Whilst Luke was staying with us it became painfully apparent how old this one was. He could burn off a disc in 20 minutes or something, this blighter was taking 3 or 4 hours. There are big files called .MKV files that people use  increasingly as they hold more detail but which this PC can’t run. My ‘phone can run them. That’s sad.

So I’ve bit the bullet and bought a Chilliblast Obsidian computer. Chilliblast have won PC Pro’s best stack award for the last 3 years so it should be good. It’s only the basic model, without the monitor it’s costing £466, but as Luke said, whatever I get will seem a million times better than this old beast.

We can’t afford it. Which is to say, we don’t have the money in the bank, it will have to go into the authorized overdraft thing, but what the hell, if I’m working nearly 60 hours a week (and I am, goddamit!) we’ll pay that off in a week or two. Then it’s got.

Everything bought that I want/ need. I have running kit, cycling kit, and wetsuit (I need some new trunks, admittedly but that’s not going to break the bank) and I’m in next year’s Outlaw.

We have a decent telly and blue ray player for Wendy to indulge her O.C.D., and now I’ll have a spiffy new computer to indulge my obsession. Yay!

Talking of which, my favourite tweets for the week have been;

“Children are heavy sleepers. Paint their faces to look like each other for fun and existential terror.”

Then there this all over Twitter; the caption was “Who would have thought two hula hoops in a cup of coffee would be so beautiful?” 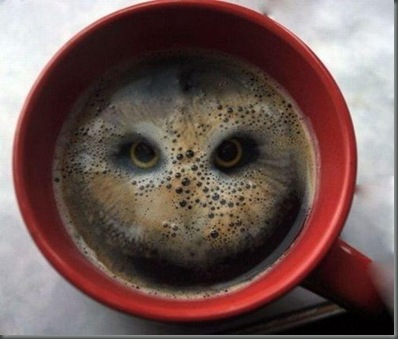 Twitter couldn’t let it rest there so the riposte was “Who would have thought that two hula hoops in some hair clippings could be so beautiful?” 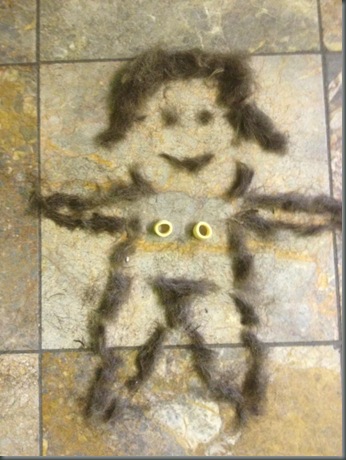 Oh, the other news, I got my police report back, “No live trace.”  So I’ve had to email the coppers for whatever details they can provide, when I get that back I have to chase down the courts for crime, sentence, fine, date, etc . Then I can apply for an interview in London at the American embassy. If they clear me I can send away to the Canadians. And pay between $200 – $1,000 for them to do the paperwork!

That’s all the exciting news for now. Best go and pat Wendy in her illness.