You know how I’d been putting things off for months, I am on fire with the getting things done!

I was as good as my plan and sorted my allotment the very next day. I posted the key and notice of termination the same morning. As well as my Canadian Visa application.

Time to get an accountant.

So all that hassle filling in the form was a waste of time. Other than that I no longer begrudge paying an accountant. And it made me collect all the relevant data the accountant needed.

It may have been that that was my total tax liability for the year, from which the £1k I’d already paid would have been deducted. I wasn’t about to press ‘submit’ to find out. Anyway, there’s not a whole lot of point in submitting a tax claim that’s wrong. Might as well not declare it all.

So today I coughed up £255 for an accountant (which is tax deductible!) and he’s on the case now. He’s already picked up on nights out, meals, and using my home as an office. Because I fill in my timesheets here and email them to the agency, obviously.  He thinks the £2k thing was the total, so probably about a grand owed. Not to worry if I can’t get it in by the end of month deadline though, he said they only charge 3% annual interest on outstanding debts which, he worked out of the top of his head, for a grand for a month is about £2.50. That impressed me.

So, allotment, visa, tax, all in hand.

The only things left are getting out of the TA and MOT-ing and taxing my car.

I’ve already re-bagged all my kit. I just need to arrange for the free pick up, get billed for whatever items are missing, then hand in my resignation form. (Whatever it’s called.) I think I’ll go through it again in a minute, see what I think is missing, then ring them up tomorrow to pick it up.

Work is slack at the minute. Monday and today (Tuesday) they have rang and cancelled me. As long as I get a few days a week to pay for the shopping we’ll be OK. It’s only for January, then things will pick up again.

The agency rang me today trying to pressure me into doing a different job. Permanent nights (not good for a driving job, especially with noisy neighbours) doing multi-drop all over the place. I didn’t fancy that at all. My job is ideal. Trunking from Irlam to Crewe to Cowley. Long, incident free, motorway miles to known destinations. And in bed before the sun is up. I’ll take a slack period then get back to it, thank you very much.

The running is all up and down. I had two epic near misses last week. I was going for the no-mind thing. Set the treadmill to 10 mph (6m/m, obviously) and just do it. The first one I was at 2.78 miles and going strong when I bust the machine. I like to think it couldn’t keep up, more likely couldn’t bear the weight. Anyway it just died. It’s one thing going for no-mind, it’s another when you stop. I couldn’t be arsed when I knew I’d already blown the continuous bit.

The second attempt I was going like stink, coming up to 2 miles and feeling really up for it, when the emergency stop thing (a crocodile clip on a piece of string that’s attached to the treadmill. You are supposed to clip to yourself. If you fall over it cuts out. It’s widely ignored.) bumped into my leg. I picked it up to put it out of the way and it cut the bloody machine out!  I reset it within about 30 seconds and did another 3 miles at 6m/m.  I was feeling fine. I thought I’d finally cracked it.

Then I went for a mile warm up, followed by a 10 mile run. Outdoors. Supposed to be 1.05 according to the training plan, 6:30 m/m. I thought I was going to blast it. I faded after the first mile and ended up struggling to do a 1.10!

I was beating that before I started the training plan! And a lot easier.

I reckon it’s the treadmill. Running on the level on a treadmill is pointless. It gives you fast times that are no bloody use.  So, it’s back to ‘train hard, fight easy’. But without the ‘fighting easy’. Ever.

I’m doing the ½ hour ‘hill’ setting when I have the time (put it on the hardest hills/ fastest time) as well as trying to get up to speed on a 1% incline. It doesn’t sound like you’d even notice the difference, 1%, but it is surprisingly wearing.

Anyway, enough with my crap, onto the wonderful world of Twitter!

The DM Reporter was telling it like it is;

ROYALS: Concern that relaxing of succession rules could lead to a Muslim, Catholic, Scientologist, homosexual or woman seizing the throne.

TRAVEL: Rail bosses defend price rises – "Don’t like the costs, don’t travel. You think we care? Go fuck yourselves. We own you."

Jim Davidson’s arrest cited by religious experts as irrefutable evidence of the existence of a benign God. Atheists forced to agree.

I see a lot of people are laughing at Jim Davidson. That’s something that hasn’t happened in a long time.

Take your age, Subtract 3. That’s how old you were three years ago. Mind=Blown

After tuition fees, #NHS, #BUB, Lib Dem MPs have nothing to lose anymore. They may as well just start randomly punching voters.

Shut your eyes. Imagine a balloon. The balloon is your mother. Oh no. The balloon has floated into a tree. SQUIRRELS ARE BITING YOUR MOTHER

CONVINCE people you were famous in the 1970s by walking grim faced out of a police station.

Tip. Dissuade neighbours from logging onto your home wifi network by simply renaming it BTOpenzone

Gerry Adams gave the best answer re freedom of conscience on abortion. I’m against abortion but I’m not mandated to legislate for me

Anyone else watched the alleged 50 Funniest Moments of 2012 on Channel 4? #34, and I’ve gravitated from ‘not laughing’ to ‘wanting to kill’.

I honestly have no idea how to use dating Web sites? where’s the bid button ?

I noted: Islamic town bans women from straddling motorcycles, have to ride side-saddle. Can’t make it up.

A female chum asked  “How do they change gear?”

I tactfully replied: I assume they are just passengers. Only a godless infidel Jezebel strumpet would ride her own motorbike!

What do Tories want to happen? Can’t squat, can’t sleep rough, can’t accept food… what do they want? Gas chambers?

Ever notice that people who praise austerity always want it applied to some one else?

In the ‘Amazing Cool’ section we had: 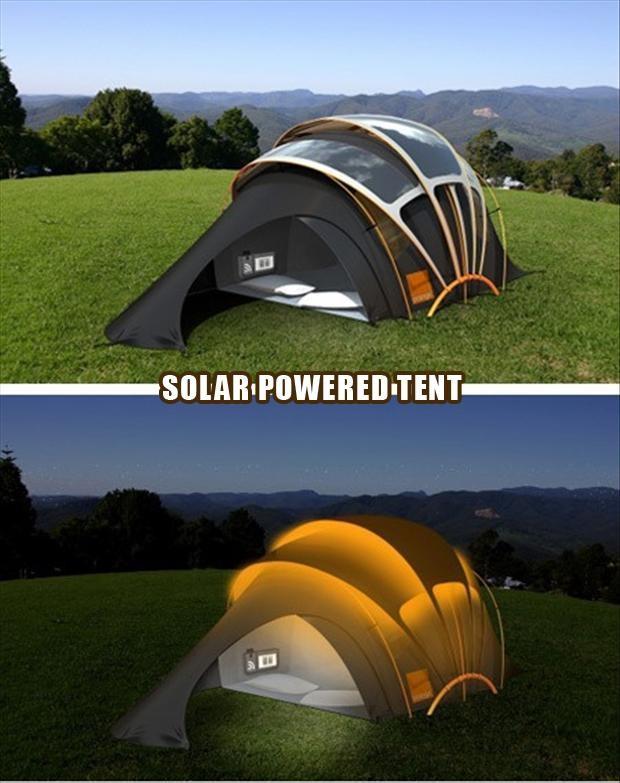 Under ‘Cunning Ruses’ there was this: 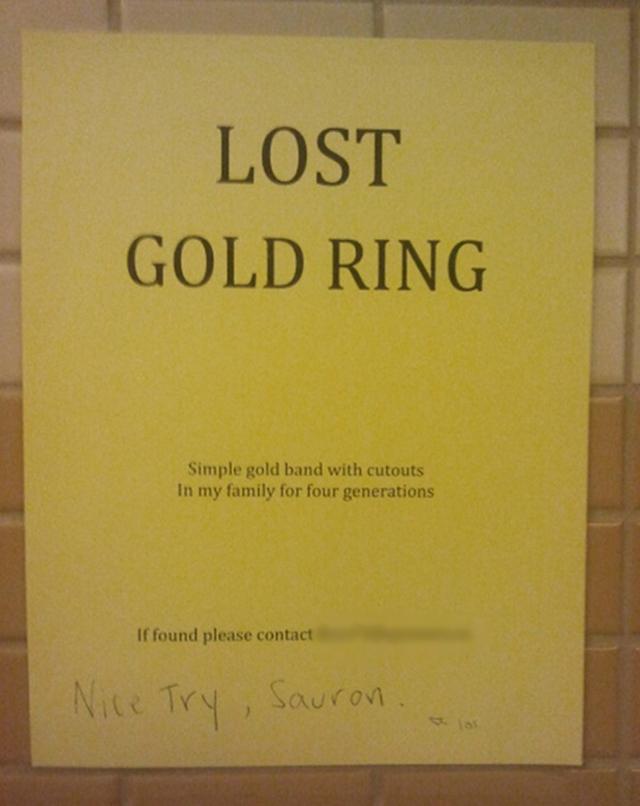 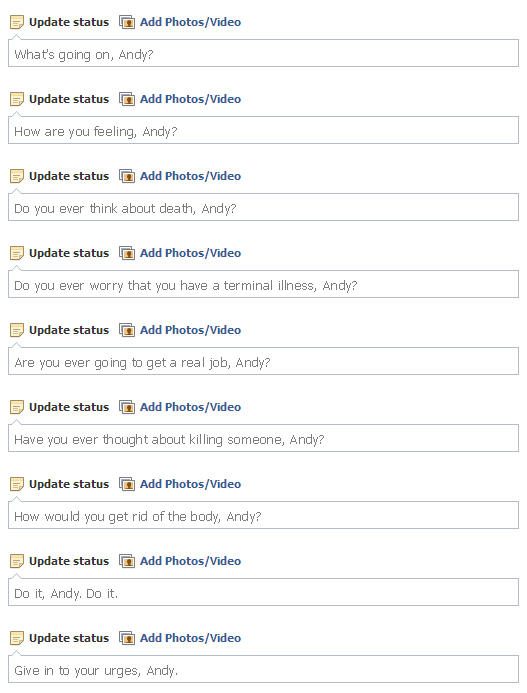 From the letters page of the Guardian: 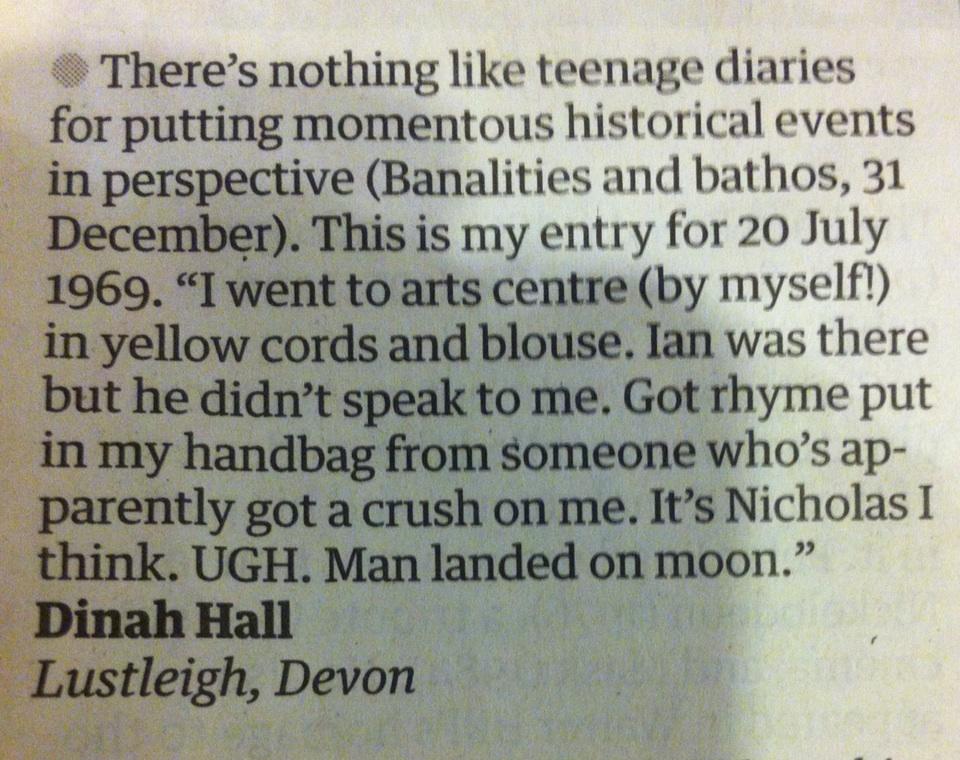 And finally, proof that rabbits shrink when wet: