Totally over that now.

It’s been an eventful week.

Cast your minds back. Remember me waxing lyrical about the KA when I got it a year ago, how it had no ‘advisories’ on the MOT, a new exhaust system, etc, etc? I took it for it’s MOT, and got laughed out of the garage. Two shocks snapped (£200 minimum) and three big rust areas, (minimum of £300 repair) they’d have to drop the axle (I think they said) to get at it, they suspected they were going to find a lot more when they did.

“The curse of the KA” The guy said. Apparently they are know for being shitty little rustbuckets. Not by me, obviously. As I was taking in the bad news a girl walked in behind me and said hers had died of rust. She’d had a 20mph crash and it had folded. Written off. The two shocks thing (both on the same side) could have been a contributory factor to my graceful spin on that island.

Anyway, that left me three days to get new wheels before the KA was illegal.

At the same time I was being stressed out by my accountant.  I went at the beginning of the month and he said to contact him again if he’d not got back to me by the 22-23rd. 24th I called him. Nothing. I sent him an email on the Monday morning. He replied he’s have it to me the next day. Nothing. More emails. Finally sent him one saying “I have 45 hours until I get fined. No pressure.”

Then I could switch my stressing back to getting a car.

After the KA debacle I asked around. I only got it because our next door neighbour had one for years and never had a day it didn’t start, oh and Clarkson said they handled really well, as I recall. I had no idea they were infamously shite. Some guy who works in Cowley is a bit of car wheeler dealer it transpires. He knows loads about cars and engines.

I wanted something reliable. Something with a good build quality and a bulletproof engine. In my limited experience I thought of Volkswagen.   I remember the works van my dad used to drive sometimes. It was awesome. It was so airtight that to slam the door properly you had to open the window a crack. Little things like that stick in the memory.

So I was thinking VW with a diesel engine. Not a Golf.

I was looking at the Polo.

Then there was the choice of engine size. And did I want a SDI or TDI? After lots of googling it turns out SDI doesn’t have a turbo, TDI does. The turbo gives you more BHP, but to my mind it wasn’t an advantage. More BHP means dearer insurance, worse fuel economy and is just one more thing that can go wrong. The chap at Cowley said the seals wear, they suck up oil from the sump and blow the turbo.

I would have preferred a 5 door, but it was dearer and older. The chap at Cowley said that was bob-on, and the interweb said that particular engine (in a Skoda, same engine though. All owned by VW) was much beloved of taxi drivers as it was economical and good for 250,000 miles before developing engine faults.

I drove over to some godawful one cow town right over the A6 to take a look. 63 miles. Thought I’d nip over. It took me 2½ hours to get there.

I was intending to buy it if it was any good then go back by train (£49, 2½ hours again!) the next morning to pick it up. The chap said he’d knock of £100 for the KA, so I saddled up and rode the Polo home. I was going to scrap the KA, and it saved me the train fare and hassle so I was glad to get shut of it. 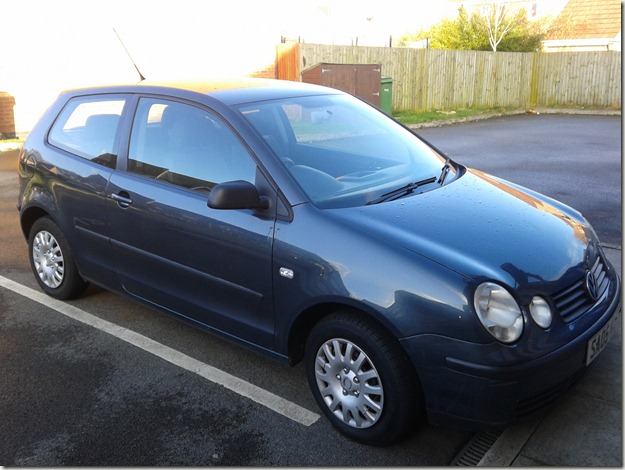 It’s a lovely motor. Pity about the price. I was thinking a grand was an outrageous amount to spend on a car, but no sellers agreed. Greedy bastards.

My thinking is, if it’s taken it 8 years to get to 122k I should (according to t’interweb) get another 8 years out of it. I’d bloody better.

Anyway, car, Canada visa (still no word, btw. Not even taken the money yet) accountant, tax bill, etc etc, we are back to 4k in debt. Gotta larf!

Still, got to be done. Hopefully the car is a long term solution.

After them cancelling the Bolton hill marathon recce run last week (after I’d got up after little sleep, grrr) the rescheduled it for today. So, a smidge over 5 hours kip last night. Ace.

The bright side being that although the run is indeed constantly uphill for the first 4 miles, it’s not as evilly steep as the graph suggests. It’s going to be a ‘paced’ (read: ‘shit-slow’) run, but not as bad as I thought. The down side is someone said “it’s five weeks away.” WHAT?! Shit! 20 mile run tomorrow.

In other news this week I noticed I couldn’t read small print close up and if I moved it away it was too small to read well. Bugger. I was fine last week, this week I’m old. Got myself some ‘readers’. And a zimmer frame. 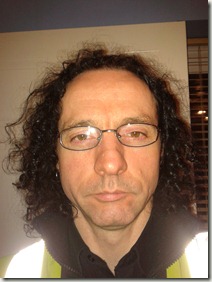 At least now I can put my hair up and look demure in my gigs, then take them off and shake my hair loose a la 50’s cliché secretary.

My Kung Fu week is one of fail. Took the wrong exit off the motorway on Thursday, couldn’t get back on and was too late to go. Today I was about to set off when I realised I’d got my timings wrong, I had just under half an hour (the time it takes to comfortably get to the St Helens one) but I give myself at least 40 minutes to get to the Stockport one. Bugger. Bugger. Bugger.

Wendy is sure it’s a not-very subconscious attempt to deliberately not go.

Talking of fail, as it’s a new car that I want to run for many, many years I gave it a service. Or tried. I changed the air filter, got some new windscreen wipers and bought oil and a new oil filter. The windscreen wipers didn’t fit, despite being advertised for that model. One blade (on the car) is smaller than the other, so they went in the bin and I had to get a set from Halfords.Then there was the oil and filter. What a palaver! I couldn’t even see the oil filter. It turns out, after much hammering of the internet, you have to remove a cover from underneath the engine just to get access. This allowed me to drain the oil at least. Into my fancy arse oil tray/ container. Which obviously malfunctioned and pissed oil everywhere. The internet said that the oil filter should have a bolt shape on the end so you can unscrew it. I couldn’t find any such thing. The old method is to drive a screwdriver through it and just turn it, then throw it away and replace. This bugger you have to unscrew it properly as you are only replacing the filter inside it. And I wasn’t even sure that the suspect component was the oil filter as it lacked the bolt on the end. I didn’t fancy tearing something off it was say, something electrical. In the end I made do with just changing the oil. Oh, I forgot to say, the bottom cover was held on by star shaped bolt heads. You know what I mean. I have flathead and crosshead screwdrivers and allen keys. The one tool I don’t have is fancy arse star shaped screwdrivers.

So that was fun. As is the resultant oil slick.

Lots more research suggests it was the component I thought. But you need a special tool to get it off. Ain’t happening any time soon. Bastard faff.

The weather is warming up so I think I’ll cancel my gym membership tomorrow. That’ll save a few bob. Plenty of running, swimming and cycling. Must.Do. It.

But enough of my waffling, “What of the wonderful world of Twitter?”, you ask.

Amongst the usual suspects was the DMreporter;

HEALTH: Number of career women killed by alcohol soars past those of men, raising fears these little ladies can’t handle positions of power.

POLL: Should we leave the EU? 1) Yes, I like kittens 2) No, I think children should be murdered by paedophiles. YOU DECIDE.

HEALTH: Migrant jobless with no health insurance who don’t live here and have no plans to move “won’t get NHS treatment” rule MP’s. 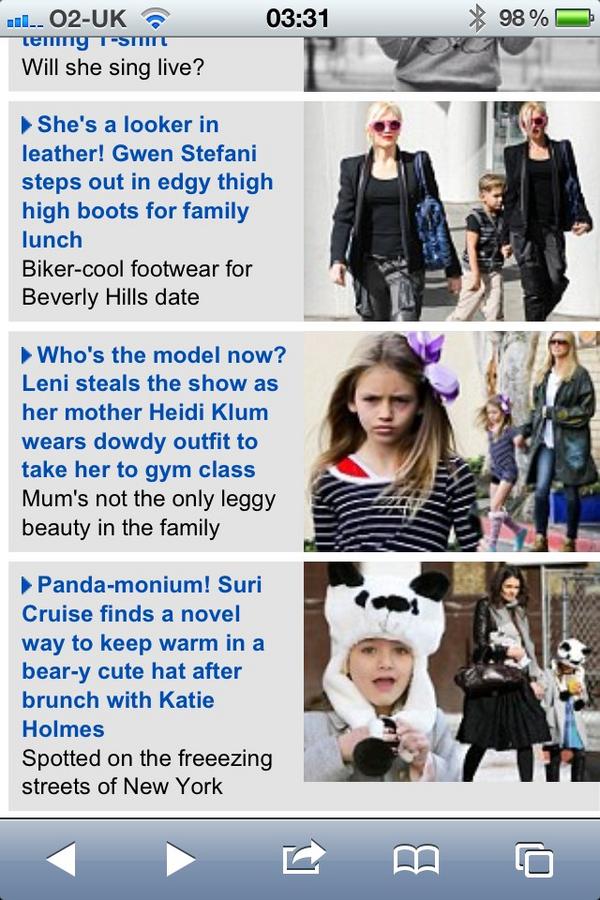 There were some misunderstandings: 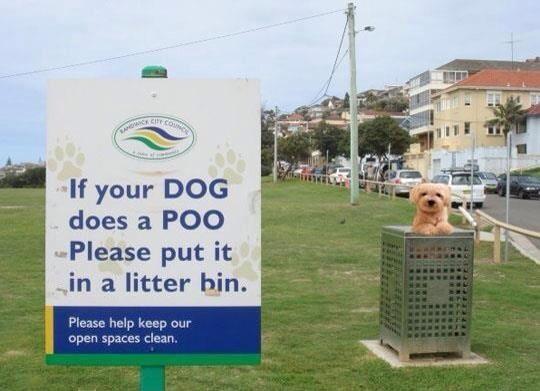 I adopted a panda but it turns out the panda doesn’t come to live with me and now my panda themed guest bedroom just looks ridiculous. 🙁

don’t really understand the concept of ‘limited edition’ sandwiches. Are they a good investment? Surely I’d be better off with an ISA.

Just screamed, jumped up, leaped about & ripped top off while retching; saw a spider leg in peripheral vision down top. Yup, loose thread.

“Great Britain has invaded about 90% of the world’s countries.” And we are just waiting for a reason to invade the other 10%

annual reminder that Bono wrote to Captain Beefheart asking to collaborate, & Beefheart sent back a letter that just said,"Dear Bongo, no."

Billy Brag on radio today. Stopped doing ‘Between the Wars’ because some were getting nostalgic for Thatcher. What a star.

Always a relief when you get to a premier inn and lenny henry isnt waiting for you sprawled across the bed.

ComRes poll gives Tories a 5-point Euro boost, taking them to three points below level of support that failed to win them the 2010 election

What a fucking state the rail service is in this country. Can’t wait for private companies to bring this magic touch to healthcare

primary purpose of this govt is to move public money into private pockets as fast as humanly possible,under cloak of austerity

A friend is just a stranger you regret meeting. 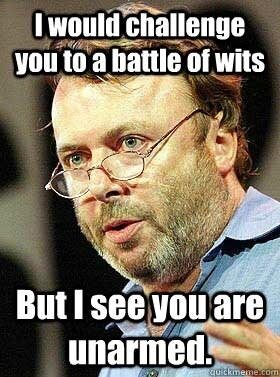 The NRA should do some rebranding like the way the "estate tax" became the "death tax". Maybe "school shooting" becomes "angel making".

Buckingham Palace has a big fence and armed guards – why not put nuclear waste there ?

After the events of Paint it Black, Mick Jagger’s friends told him to never darken their doors again.

Never lick a gift horse on the mouth. Always wait for the horse to make the first move.

As if being a wolf in sheep’s clothing wasn’t bad enough, he paired it with goat accessories and horse shoes. Total. Fashion. Disaster.

Twitter noticed that #superbowl could be read as Super Bowl, the American football thing, or Superb Owl, hence:

@QueenUK was in a jovial mood:

Hey, hey one’s a monarch and people say one monarchs around. But one’s too busy reigning to put anybody down…

A fool-proof method for sculpting an elephant: first get a huge block of marble & chip away everything that doesn’t look like an elephant. 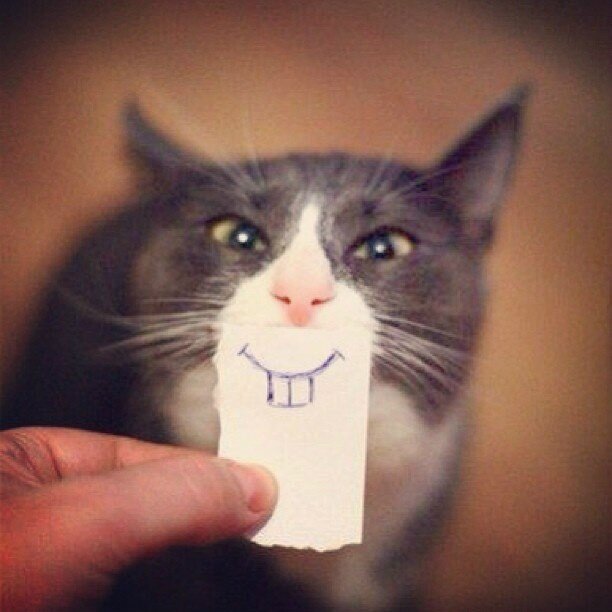