Two weeks ago I was whining because it was all work and trying to get a little sleep and that was all. Then last week I went in on the Thursday, as they were sacking all the full timers, and should have been cancelled but accidentally screwed some lad out of his shift. Friday I was cancelled. Great. Feet up, long weekend. Then Monday. Getting nervous. Tuesday and Wednesday. A full week I should have been cancelled.

I was really getting worried. I mean, the very day they sacked the full timers it all started. I was wondering if they’d got the remaining full timers to cover my shift and I was a gonner. Then I got a text saying I was back in Thursday and Friday, doing a run to Glasgow. Not my usual, but easy enough. A two day week wouldn’t pay the bills though. I asked about it when I went in. Apparently I’m back to five days next week on a different run again. I’m to take an empty trailer up to Aspatria in the Lake District (turn off at Carlisle, spitting distance from the Scottish border) do a trailer swap then run back with a load to Crewe, get tipped (unloaded) or do a trailer swap there, then back to Irlam.

I’ve done the run before, when I was a lot crapper, and managed OK then. It’s should be better for me. It’ll be about a 10 or 11 hour shift, starting at 1500hrs, which means I should be able to get enough kip to train and have a bit of a life.

The worry about that is, if I only get 10 hours (9 hours 15 minutes paid) per shift, then it’s going to be piss poor if I lose one shift a week. Perhaps, now they’ve sacked the full timers, they won’t be giving my run to other people. Perhaps they won’t have the people to whom they can give it. We’ll see.

In other news, I know you were all growing weary of my piffling achievements in running. “A mere hill marathon? Pfft!” I heard you mutter. So I’ve upped the ante.

It’s in September, so plenty of time to prepare/ stick pencils up my nose and say “wibble.”

It’s worth clicking that link just to remind yourself what dial-up was like. A picture appearing line by line. Hilarious.

*looks around* Oh, everyone.

It’s a 5 mile loop, then three 15 mile circuits of a reservoir. There’s a 13 hour cut off. I’m thinking 10 hours maximum. That’s with the slowing of pace required for the distance, and the fact you have to carry your own supplies; water, gels, coat, crash helmet for the scooter I’m hiring, etc.

I was commenting on the Bolton Hill Marathon on Runners World website and had a look at future events whilst I was there. That took my eye. I was wondering if I could manage it. I went on Twitter and one of my Ironman chums said “Ha ha! 50 miles. On your feet, utter insanity 🙂 Go for it, I shall watch with interest.”

That’s the kind of thing a chap wants to hear. It’s all very well for non-runners/ non- triathletes to be quite impressed with an Iron distance triathlon. I mean, before I started I thought it sounded near impossible. But then you do it. And all the people you know do it, but faster, or harder. Everyone you read about would kick your sorry arse.

Occasionally you have pause for thought.

I was saying to Wendy that on my visit to Wales my mam and our Lisa (my sister) were impressed that I was going to run for 4 hours. This made me smile as the object is to run it as fast as you can, there is no kudos in doing it for a long time, that just means you’re shit. Then Wendy said that I’m the only person she knows IRL (In Real Life)  who could actually do a marathon.

That was a moment for me.

You get so used to everyone being able to do it, usually better, that it is a real surprise to realise that it’s actually quite an achievement to just do it.

Anyway, my point was, when a fellow Ironman (you know what I mean, mine is only Iron distance, he’s a proper brand name Ironman, I was just going for brevity. Clearly I’ve failed.) is impressed with an endurance feat then it’s special. I signed up for it there and then.

I had a quick look on a thread about Ultra [anything longer than a marathon is an Ultra, you knew that right? Right.] running and it said to do big runs back to back, to get your legs used to running whilst tired. This was on Tuesday (I think) so I strapped on my trainers and trotted off for a 20 mile run. I was still knackered from the marathon on Sunday so I thought it would be ideal training. At 8 miles my calf suddenly started to seize up. I had to turn around right away. It was bloody freezing still and I didn’t fancy limping home for 10 miles. My other calf went shortly after but I just tried to stay loose and managed to finish the run. 16 miles, on knackered legs. Not too shabby for my first go. Though, truth be told, the last two miles felt like I was barely shuffling along. Oddly I kept to an 8 m/m pace, but it felt like I was hardly moving.

It’s going to be a challenge, right enough.

‘Just been for a run. Feeling the burn!’

You can’t outrun your problems, Karen, and the burning is probably herpes.”

Anyway, after that my legs have been a bit iffy. I’m resting them until next week. The last thing I want is to pick up that injury again. That’s how it started; pain in my calves. Then I was off training for 6 months.

I’m going to map out some good routes. 20 miles, say. Do that on the Saturday and Sunday.  Maybe a long run route every now and then. Say, 40 miles? Writing it down is easy, it’s doing those extra 14 miles when you are knackered at the end of a marathon that is the challenge. That is why I prefer there-and-back runs, however bad it gets you have no option but to carry on.

The other thing that’s been battering my head is my bloody ‘phone. I said before how it was going from charged to dead in a few hours. I’ve ordered a new, twice as powerful battery only to find it’s shipping from Hong Kong so I have to wait for a week or three while Customs get around to clearing it. Ace. In the meantime I have been tinkering with what I’ve got. I thought it might be a glitch in the OS (Operating System). The battery status was 80% then 0%. When I plugged the charger in it was saying charged, while the battery was still saying 78% and other such crap.

I finally got brave/ desperate enough to upgrade my OS to a new all singing, all dancing version. It has that feature where you can pinch and expand pictures. Cool.

Anyway, two days of ironing out the issues (I couldn’t add one of my email accounts. It kept saying that I’d signed in correctly but didn’t add it. Manually added it to another email app on the ‘phone in the end. In your face, Gmail!)

They did say to back up all my info before wiping the old OS. Never listen. Ho hum.

Anyway, all is now working and tickity-boo. Then I took the ‘phone off charge (100%), added a contact, gave the ‘phone to Wendy to call Luke, and it died mid-conversation. Bollocks. Not the OS, then.

Saying it again. Charged. Battery at 40%.

Anyway, keep it plugged in to a charger until I get my new battery. If that doesn’t work I’ll wipe everything and try the standard OS. Failing that, it’s back to the shop.

Hmm, just had a moment of confusion. It said 54%. ‘0s on battery’ Which I read as ‘OS on battery’. Took me a while to realise it was saying zero seconds used on battery.

Something is seriously amiss.

The DMreporter kept us abreast with the news;

MAN OF THE PEOPLE: New Pope “lives humble life in small apartment, eschews a chauffeur, cooks his own meals and hates the gays.”

If you don’t think the Tories are waging a war on the poor and defenceless, then you are not paying attention.

"you can’t borrow to promote growth can you?" says Jeremy Vine on #Marr. Somewhere, Keynes is weeping.

"A common mistake when trying to design something completely foolproof is to underestimate the ingenuity of complete fools." – Douglas Adams

Lovely exchange with my 12 year old nephew: Me: How do you rate the Twilight saga out of ten? Him: The numbers don’t go low enough.

Them telly journalists have gone and found a pub called ‘The Osborne View.’ Next week: ‘The Shark and Trampoline.’

Lots of doctors saying there’ll be fewer deaths with a minimum price for alcohol. I fear the number will be the same actually. Everyone.

(This looks awesome!) If you’re having trouble watching the Kick-Ass 2 trailer outside the US, this is the link you’re looking for: http://is.gd/L64BgR

British youth: They are not ‘Feds’. You don’t live in The Bronx, ffs… You live in Wigan.

Good on David Cameron for featuring in today’s Red Nose Day, helping to raise money for the 800,000 children he’s driving into poverty

Can’t make it up;

Due to budget cuts, only a handful of recruits to UK’s paratroopers regiment will now receive parachute training http://www.acus.org/natosource/bri

I just read 101 ways to learn English….it was in English….am I the only one who can see the flaw?

Black smoke seen above the Vatican, which as tradition tells us means that the document shredder is broken and a police raid is imminent.

Does anyone really care which conservative man man is elected pope? If you want me to take the church seriously, elect a nun.

Have they announced who the new backward-thinking paedophilia-enabler is yet?

"We all find out at the same time. It’s very democratic." Sky on the result of secret negotiation between unelected old men.

I like him. He looks like Jim Bowen. ‘Stay out of the sin, and and into the red, you get nothing in this game for kids in your bed’.

"Why can’t I be the Pope?" Because you’re a girl, and you’re Jewish.

According to Sky News, the new Pope has a "beautiful smile." He is also fiercely anti-gay marriage. Swings and roundabouts, eh? 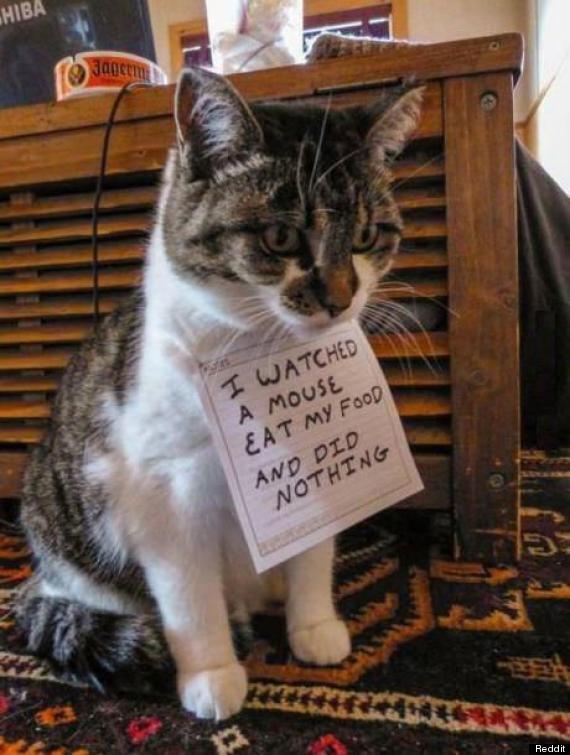 And someone took a snap whilst we were on that marathon last week: 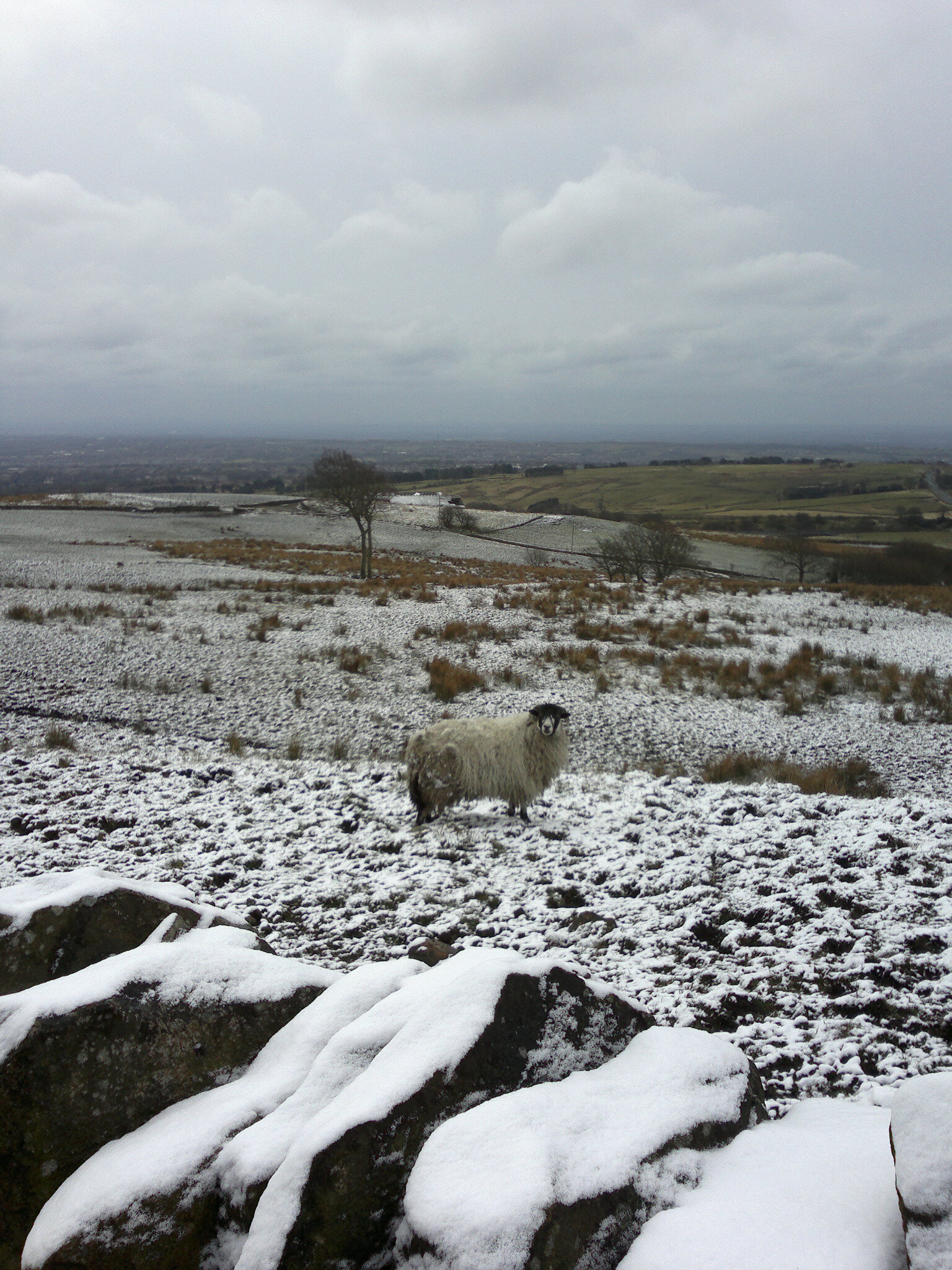