That’s it. My blog for this week. Worked, did big run.

Note to self; must try harder!

Last weekend I did bugger all. I was so knackered (and lazy) that I just loafed around and then it was Monday again. Bah.

A few days ago I started feeling chesty. It felt hard work to breathe and I felt a bit washed out. I took some paracetamol and was OK, but it kept coming back. That put me in a bit of a panic as it’s the Bolton Hill Marathon next weekend. I’ve had one race cancelled and didn’t go to another recently. I don’t want to miss this one.

Anyway, today I dropped some more paracetamol and set off to Bolton.  The guy said the lap we did on the taster run was nearly 8 miles long so I thought I’d do three laps. I start off a different way as I couldn’t find the proper way last time. Mine is slightly shorter but so much bloody steeper.

Anyway, the ascent is 38 minutes of pure uphill slog. It’s hellish tough. Then their is an up and down route back to the beginning.

I did one lap and I was done-in but OK. I was trialling a new thing; as they’ve stopped selling my energy gels I’ve bought an energy powder (no, not *that* energy powder) which you put in your drink.  I grabbed a bottle at the end of my first lap and it did the trick, carried on with new legs.

By the end of the second lap, 2 hours 20 in, I was really struggling. Not physically so much as mentally. The thought of that ascent, as it was getting dark, and I was footsore, etc, etc. I was really having to fight the voices in my head that were saying I’d done enough and that I should quit now. Luckily I had the terrifying prospect of the marathon next week and the knowledge I’ve done hardly any training to motivate me.

I manned-up, grabbed another bottle and my torch and carried on.

The third lap, mostly in the dark, was a bit tough. Still, I did it. Three and a half hours of pain.  Gmaps pedometer say it was 21.7 miles. I don’t know for sure as that is tracing the route on a map, when you run with your ‘phone connected to satnav you get every inch of travel.

My battery is giving me grief on my ‘phone. I had it on satnav the last ten minutes of my drive to the run (it was fully charged when I set off) it was down to 77% when I got there. I turned off the satnav (hence not knowing the distance for sure) to save my battery. I went for my run just using it as an mp3 player. It still died completely a few minutes before the end of my run.

I suppose there are only so many times you can charge them before they are knackered. In a fit of pique I’ve ordered an upgrade battery. It seems the standard one with ‘phone is 1500 MaH, *dumb blonde look to camera* the new one I’ve ordered is 2900 MaH.  I can’t be arsed to google and find out what MaH is, but apparently more is better. In which case the new one is nearly twice as good as the old, and I think the old one is knackered anyway.

That digression aside, I am quite pleased with that run, If I can do 20+ miles, with three godawful ascents, I can knock out 26 with two. I mean, I could have forced myself around another lap yesterday (he says from the comfort of his chair with no intention of moving) but. I think I can leave that sentence there. To add any more would be to insult your intelligence and my integrity.

This week I’ve been listening to Jake Bugg a lot. He’s only a young lad, (18/ 19?) I think he writes his own stuff. He immediately brings to mind Bob Dylan. Except upbeat and with a good singing voice. Sorry Bob, you’re a legend but you don’t have a great singing voice. (He’s going to be devastated, I know he’s a keen follower of this blog and hangs on my every opinion.)

Anywho, have a listen to this;

The Kung Fu is progressing apace now that I am regularly finding the classes. It’s really good because they keep banging on about chi sau (that hand rolling drill you do with a partner. It’s to develop sensitivity so that eventually you can do it blindfolded. Ties in nicely with the Zen Buddhist principle of ‘no mind’. Your body reacts without you thinking about it, thus eliminating thought lag.)

Here’s a good 2 minute video. It shows it at proper speed and slowed down.

It doesn’t look that impressive because they are both doing a good job, but the amount of strikes that are effectively blocked is awesome. Here’s what that looks like against someone who’s not so good.

A massacre. Each of those throat strikes is enough to end a fight. As in kill your opponent stone dead, if you do it right. Notice as well the genius of Wing Chun, the simultaneous defence and attack. Also how you can use one arm to effectively tie up both of your opponents.

But back to my point; we keep doing chi sau. Each time we do it I just get to the point of thinking that I wish we’d do something else when they change it or expand on it and it’s really interesting and relevant again.

For instance last lesson I learned my first move to go from rolling hands to locking your opponent up with one hand, freeing you to punch them daft with your spare hand. Fun.

Obviously the objective is not to get into a fight where your opponent is doing chi sau. Not something you see on the street. It’s to train your body to react instinctively to whatever move, from whatever direction, it senses.

No word from that job, yet. It is run as a full-time agency, so possibly just doing the agency trick of advertising jobs just so they’ve got applicants ready for when they get some jobs.

Bugger, just gone back to the website to confirm wages and they’ve changed the criteria since I applied last year. It now says ‘minimum of 2 years experience’. It used to be that you had to have held your license for more than 2 years. I’ve only got 18 months experience. And I’ve submitted a CV saying that. Damn my ill informed honesty.

Also, I’m starting to seriously re-think Canadian trucking. These last few weeks I’ve done nothing but work and sleep. I’ve been thinking it’s a total waste of a life. I’ll get to my deathbed and think ‘Well, I enjoyed the few free hours on a Sunday.” The other day I did a 14 hour shift, the other driver was gutted because he had to wait 2½ hours for me for a change, and I thought ‘I might as well just sleep in the cab’. That’s when it hit me. That is what I would be doing 10+ days at a time. Drive for up to 13 hours (was it?) then try and sleep on the bunk while the other driver took over. I’ll really need to look in to it. If you got a week off between runs or something it might make it tolerable. And I’ll need to see how their cabs are laid out. Ours the bunk is directly behind the seats, with just a curtain between. That would take some getting used to, sleeping in moving truck. Rocking all over the place and the noise.

Anyway, enough navel gazing, on to my brief dip into the world of Twitter:

Ex-veterans should see losing DLA as an opportunity to use their outdoor survival techniques again. Exciting times ahead!

Tony Blair says people are ‘very abusive’ about Iraq. Yep. Except for the people who can’t be abusive because they are dead.

SPEECHLESS! Hunt has just told Commons "it’s not my job to be a cheerleader for the NHS sector". YES Health Secretary, IT IS!

And lo, Iain said unto the paralysed man, “I tell you, get up, take your mat and go to Poundland. You can stack the low shelves.".

Speaking from his country mansion, Tory minister Lord Freud said that many council tenants are living in houses which are too big for them

Why don’t MPs enter into the spirit and instead of claiming for a second home, they could stay in someone’s spare room? #BedroomTax

Quick! Pay the bonuses or the people who caused our economy to collapse might leave! Oh. Wait.

Arch strategist Osborne on Eastleigh: "This humiliating defeat, like the loss of the AAA, is further proof we are on the right path #r4today

#bbcaq 84m Romanians are coming here! fact there are only 30m of em, proves how sneaky they are! etc mumble mumble ukip mumble

My friend’s little girl went to a school fete as a unicorn. A teacher said to my friend: ‘Aw. Such a pity they’re extinct."

Only 14, Bangladeshi girl charged with adultery was lashed to death http://www.cnn.com/2011/WORLD/asiapcf/03/29/bangladesh.lashing.death/index.html … <-words, they fail me. #sharia #islam

If there’s one thing I’m good at, it’ll be exciting to learn what it is

I hope NASA finds life on Mars and it immediately hands them lemons just for the hell of it.

I am wearing a heart monitor for a day. Quite tempted to try and connect it up to a hamster to freak the shit out of the doctor.

My boss just said he gets through a lot of pencils at home because he tends to bite thru them. Those are mental images I really didn’t need. 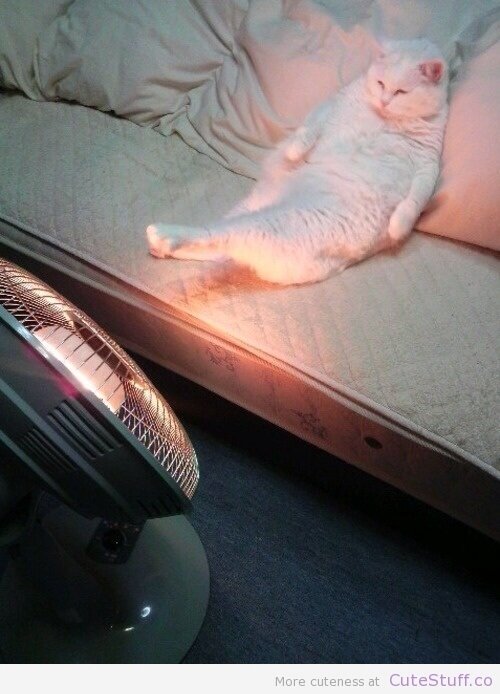 Are all sofas half price?

(To which I responded: Re last RT, It is hilarious from "rockstar’ to ‘factivist’. Oh, Bono, you wag.)

Big up to the St. Paul’s massive. Bouncing the basilica from 6 ‘tll half 6 tonight. DJ Erazmus in full effect boi! Bring your own bread.

I’ll say one thing for retirement, plenty of time for Call of Duty.

I had an incident at work:

0150 hrs an unlit country road, flashed another driver, suddenly saw a cyclist, no lights wearing black. If I hadn’t flashed he’d be dead.

Which would have pissed me off as then I’d have had to take "never killed anyone I didn’t mean to" off my CV.

GET YOUR Chelsea manager name by combining your first name with your last name. It’s bound to come up eventually.

When on a date, ask questions to show you’re interested in THEM: What’s their mother’s maiden name? What’s their favourite four-digit code?

Mo, unsurprisingly, told the Mail where to go because he was so sick of their campaign about Plastic Brits and their coverage of his family 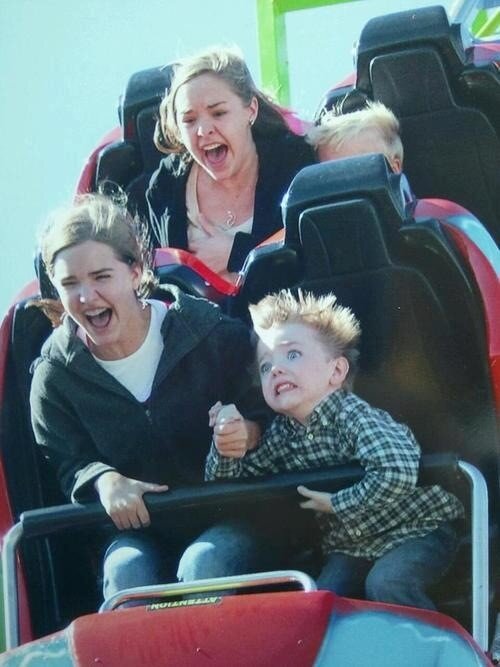 This is well worth a watch, only about 30 seconds long:

Confession: I just LOLd at this. I don’t know what’s funnier, the news anchor totally losing it or the poor cats eyes http://bit.ly/WlGorj

The best part of my day is the walk to work, because there’s always the chance that I’ll get hit by a bus.

Wanna feel old? "Daniel-San" is now the same age that Mr. Miyagi was in the first ‘Karate Kid’.

MAKE your own killer dubstep track by putting a smoke alarm in a blender.