You know the running battle I’ve been having with ‘phone and it’s dying on me? It has been instructive in many things. I’ve upgraded the O.S., ironed out a glitch with my Gmail, and worked out how to ‘sideload’ Adblocker again. The latter not being as impressive as it sounds. Apparently to sideload is just to enable downloading and installing from the original site, not from the approved google apps store.

Anyway, before I went in and wiped everything, again, I tried googling the problem. The first hit, top of the page, said “if you’ve used a non-standard charger swelling may have occurred in the battery”. I had a look, my battery is no longer flat, it’s now sort of elliptical.

It could be as simple as that. I hope so as I ordered a new battery on the 4th, (still not arrived).

In other news work seems to have sorted itself out. The new/ old run to Aspatria is as I thought. It’s about 9 hours 15 minutes, to 9½ hours (paid, that is. Another 45 minutes for break). I wasn’t cancelled on any days this week. That’s a good sign. Perhaps that’s the way it will stay.  The run through Cumbria on Friday was a white knuckle affair. It was blowing a gale, so going up with an empty trailer I was worried I was going to get blown over. Then the snow started really coming down. It wasn’t so much that it was landing on the motorway, that was getting crushed by the traffic, it was the wind was so strong it was blowing whole layers off the embankments. That chucked thick blankets of snow across two lanes and blew up a snow storm. I got down from the hills and back into Cheshire and relaxed, only to pass an artic that had somehow turned around and was driven up the embankment at a 20 to 2 position. I don’t know how. it wasn’t jacknifed or pointing forward, it was straight as though it had driven head on to the traffic then pulled off. That was a nasty surprise. I didn’t want to be that guy.

Also this week I’ve had a dose of man flu. It started on Wednesday night, I just came over all weak. I’ve been dosing myself up with paracetamol and ibuprofen and I seem to be alright with it. Each morning I wake up and think it’s gone, then after an hour or so I feel lousy again. Buggery bugger. So I’ve still not started my training in earnest. Not that this weather helps.

That diet of which I spoke a few weeks back lasted all of four days. Then, in a moment of weakness I had a Mars bar. More accurately, I had three Mars bars. The first was so good I couldn’t help myself. The only reason I didn’t eat more was because that was all the money I had on me. #fail

Which reminds me, apparently the internet is escaping again. After ‘noms’ escaped from online and became a snack/ sweet (I don’t know), and in the footsteps of lol and roffle, it would appear hashtag is now to be heard IRL. So one would say “I’m giving up chocolate for lent. Hashtag never going to happen.”

So far I’ve not heard it. I carry a shovel in case I have to dispose of a body in a hurry though, just in case.

I set up Skype for our kid (Lisa) yesterday and called her to test it. There’s your flying car! People asking where are all the futuristic sci-fi predictions don’t realise the future is now. James T Kirk had a glorified walkie talkie. That was the ‘60’s vision of the year 2245. Here we are, able to stream hi-res imagery, wirelessly, through devices that don’t even have a ‘phone. And carry around the fabled Hitchhikers Guide to the Galaxy, AND The Encyclopaedia Galactica in our pockets. (A smartphone and Wikipedia, respectively.) Douglas Adams’ future tech is already common place. DON’T PANIC! *gets towel*

Also I had a thought on Twitter the other day; sports.

What you want more? OK, my thought was; I now run marathons and do Iron distance triathlons and almost enjoy them, why was I bullied into team sports that I absolutely hated at school? I hated football with a passion. I was useless at it and everyone was on my case because I was letting their side down. And there was the weekly humiliation of the team picking. Two football mad kids picked as captains then they each had to pick who they wanted for their team in turn. The good players getting picked first, then the average, then, after the blind one-legged kid, me.

Anyway, my point is not to get flashbacks to the post traumatic stress disorder but to question the why of it. It made me think of Rollerball (I think) a 70’s violent futuristic sports film. As memory serves there was one guy who played it and was the star of the team. However much they crippled and killed his team mates he would always win the game for them. The reveal at the end of the film was “It’s not about the game. It was never about the game. The message is individuals can’t win, only the team.”

Or that was the spirit of it. As I recall. If it was that film.

So, pretty concrete on the supporting argument there, Bucky.

Anyway, that’s what I think it was. Not about promoting fitness and exercise, but about less than subtle indoctrination into school/ society. All team sports. Everything I like is down to the individual. MotoGP, , ski-ing (Well, to be fair, watching people crash when ski-ing) martial arts, running, triathlon, snooker, tennis. I don’t often watch much anymore except for the bikes, but I was just going with it there.

Now I look at it, there is something of a trend there. I AM NOT A NUMBER, I AM A FREE MAN!

So, in your face school. That was just one more thing you failed to indoctrinate into me. Along with maths and a general education.

But enough of my bitter ramblings, on to the fun world of Twitter;

The DMreporter had these insights;

FeMAIL: Pornographers warn that girls as young as 13 have negative self esteem issues after exposure to the Daily Mail sidebar of shame.

SCROUNGERS: Girl shot in head by Taliban starts school in UK, but is her foreign accent holding back indigenous pupils?

HACKED OFF: Who are they? Who funds them? What are their aims? (all this information is readily available on their website…)

TULISA WATCH: At size 12 is she now too fat to be attractive? See her here at size 8, when she was too thin.

Actually, can we stop calling #bedroomtax a "tax"? It’s misleading. More like a penalty, levied only on vulnerable people.

Amidst the noise about ‘free press’ a little reminder: 95% of our national papers owned by 4 billionaires, 3 of which are not even UK-based!

Soldiers to be protected from tax on their deposits with compulsory "killed in action" plan. #gideon

Osborne: "For every one job lost in the public sector, 6 jobs have been created in Poundland. For no money" #Budget2013

FFS Osborne, tax cuts are so not what this is about. I gladly pay tax for a civilised society which you are destroying.

Osborne claims his budget is for an aspiring nation when it’s actually a budget for an expiring nation!

I’m getting my own red briefcase. Fuck this shit.

Did the #downgradedchancellor say the state will help people buy a 600k house privately but implement the #bedroomtax for social housing? 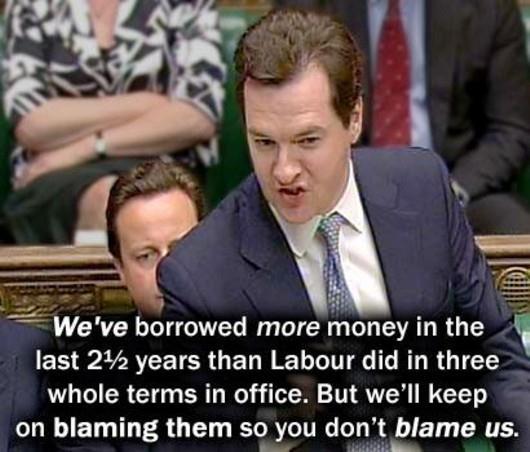 Dracula visits Amazon. ‘Your Account’ catches his eye. "Ah hah hah. I am, I AM!" He looks around. He is alone. Dracula is always alone.

The Daily Mail did one of their "DRINKING! CARDIFF! BROKEN BRITAIN!" articles again. So here’s an important reminder… 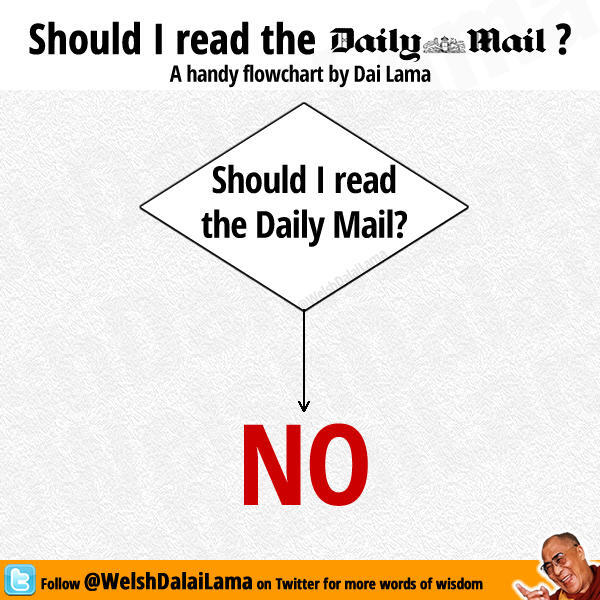 The Sun pleads for press freedom, ‘to stop a Hillsborough style cover up’. Spits. out. coffee http://bit.ly/Za1JSi

I’ve been selected for a ‘Random Drugs Test’ at work. I hope I get something hallucinogenic to help me get through today.

To get your prison name, embezzle thousands of pounds from your employers without properly covering your tracks.

I’m now being paid in vegetables. Realised too late that my boss didn’t say ‘Celery Negotiations’.

WHEN besieging a modern day castle always strike at the gift shop, it is the weakest point. 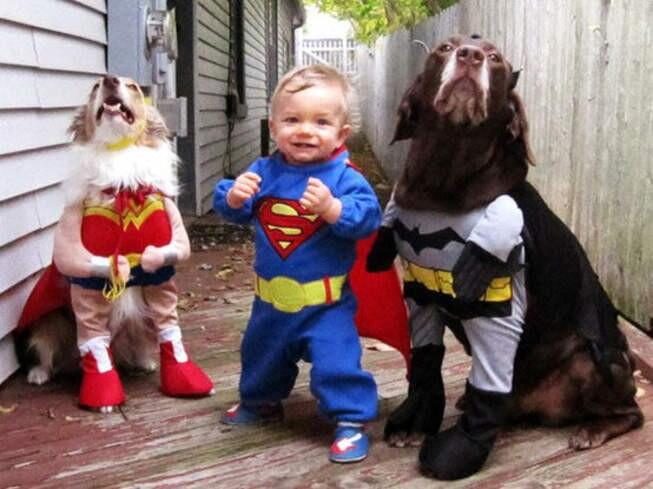 To be honest I’m glad Voyager has left the solar system; we can talk about it now.

NASA changed their mind, Voyager 1 has NOT left the solar system

My kid is almost old enough for social media, so we’ll need to have ‘the talk’ soon. You know, about: your/you’re & their/there/they’re

To catch a bus one must first THINK like a bus

To catch a ‘plane first one must think like a Buddha:

And finally, baby elephant in water for first time:

And with that I’ll bid you adieu,