It was my birthday! Huzzah!

I was working, and I don’t drink or do other drugs, but I celebrated by not dying. Again. Quite the party animal, me.

However, it got me to thinking; all I do is work, sleep whenever I can, and train whenever I can force myself to do so. Life is passing me by. No more. I have a plan!

Yes, all who know me or have read this blog before will know I make plans, get all excited, then quietly give up shortly thereafter. Not this time.

I’m saving up each week and for my 50th I’m getting a Harley. I think I have finally reached the age where I could just enjoy puttering along at the speed limit. I’ve given up on boy-racer-ing in the car. I don’t take the piss even on the motorways. If I can ride a bike like that I can stay in a job, with a bike and out of hospital.

I’m saying my 50th, arbitrarily, as it will give me time to save and also time to tick all of my other mid-life-crisis, (pushbike subsection) boxes before I get it. Which is to say; the Fred Whitton (a 112 mile ride around the most hideous hills in the Lake District:

Also there’s the Lands End to John O’Groats thing and a brand name Ironman. I’m not going to go through life saying “I did an Iron distance tri” For brevity if nothing else, I need to do the brand name event.

“Yeah, did the Ironman.” See, so much neater. No-one respects a man who says “I did a generic Iron distance triathlon”

I’m thinking a second hand 1200cc Sportster. The good thing about it is; 99% of Harley riders only bring them out of the shed on the one glorious day we have each year. So even one that’s a few years old may never have seen rain (or rust) and will have covered a pitiful distance. Some of them are a few years old and don’t have 5,000 miles on the clock! 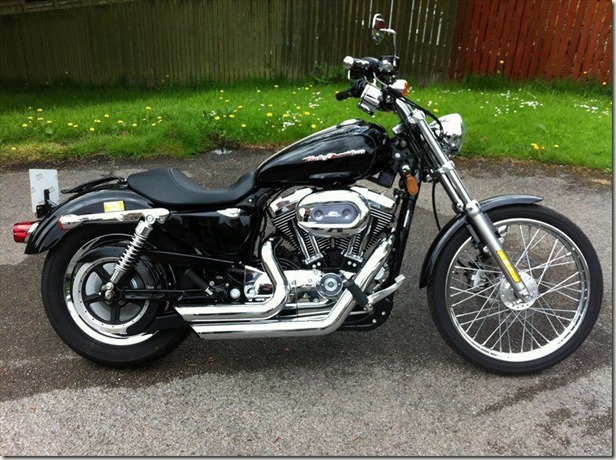 There is a possible non sequitur there. I have to do all my box ticking (cycle section) before I get a Harley as I’m never getting back on a pushbike once I have one. Phase II of my midlife crisis involves me getting back on a Harley and getting fat. (Fatter!)

I have the incentive this time of knowing that my livelihood (as well as life) depend on my riding like a sane commuter. I reckon I can now.

That’s for the future, though I started the saving this week. If I get a well paid job I would prefer a ‘big’ Harley. 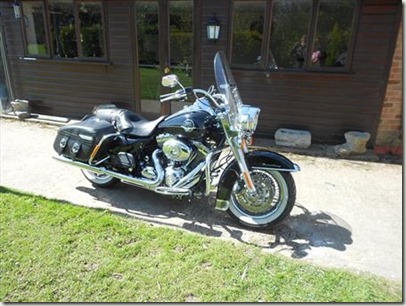 At nearly 13k I would have to be on a massively well paid job though.

This new shift at work is comparatively brief, about 10 hours a day, and it’s relatively social hours, 1300- 2300 ish, but I’ve not adjusted to sleeping so early yet. I’m constantly knackered at work. Which means I have to drive with the window down and get a painful, stiff shoulder or fall asleep. I’m reminded of the sage words of the Dread Pirate Roberts: “Life is pain, princess.” (“Anyone who tells you different is trying to sell you something.”)

I know I’m still alive because I’m in pain. It’s not much of a comfort, truth be told.

Still, at least it gets me thinking about The Princess Bride, one of the best films, EVER!

The Dread Pirate Roberts, Inigo Montoya (“Hello. My name is Inigo Montoya. You killed my father. Prepare to die.”) and THE CLIFFS OF INSANITY!  What more could you ask from a film?

I say I’ve started saving towards my bike, what I mean is I’ve moved some of the debt.

We usually pay £78 a month combined gas/ ‘lecy, direct debit. I checked the bank and they’ve taken out £306. Not so much as a by-your-leave.  I rang them up, about to go mad with them and they said they hadn’t taken a reading since December (who’s fault is that?) and, once I’d provided them with a reading, we actually owed £500+ . They hadn’t taken the £306 into account so ‘just’ upped our payment to £100 a month to pay of the remainder in a year. You set up direct debits to spread the cost so you don’t get huge surprise bills. If we had budgeted for £78 and they suddenly quadrupled the direct debit we would have been screwed. Luckily we are living in the land of plastic so it just got added to the bill. Bah.

I sent away my completed medical form for my HGV licenses on Monday, as soon as I get that back I’ll be applying to Iceland. I’m on £8.75 an hour at Ceva, the shift I did (on a Saturday, mind) at Iceland I was getting £12.50 an hour. And paid breaks. And a free nervous breakdown.

Next week the company I run to (Sealy beds) is off after Monday for 10 days so I’ve told the agency I’m having Tuesday and Wednesday off to do some training. Only six weeks until the Outlaw, that’s five weeks of training (you have to rest for the week before.) *gulp* Tuesday I’m going to do the full ride (112 miles) and a big run. I have to know in my head that I can do this.

A swim would be nice as well, I’ll have to look into whether there are any early sessions available.

Today has been mostly spent avoiding doing training. The thought of a 20+ mile run is too much today. Instead I’ve bought a lawn mower and mowed, bought and planted two new Acers and bought and replaced a washer on a tap. It has been dripping for years. I’m updating my CV to include ‘bit of a plumber’.

I’ve just watched The Mask of Zorro. Oh dear, oh dear. Wendy has seen bits of it and liked it, but not all. I’d never seen it. They were happier times. Dear oh deary me.

I’m sure there were loads of things I was going to say, but as ever they’ve slipped my mind.

So, without further ado, it’s off to my brief time spent on Twitter;

The DMreporter had a hoot with the tories going into meltdown over gay marriage:

GAY MARRIAGE: The facts – • Eastenders to feature gay couple ‘who are always naked’ • Beastiality, necrophilia & incest ‘next on the list’

POLITICS: Lord Ashcroft warns the Conservatives face a “spiral of irrelevance.” Cameron counteracts by promising a “cascade of perpetuity.”

POLITICS: MPs demand pay rise in line with what inflation should be were they doing their jobs properly.

BREAKING: “It’s all downhill from here” admit experts on everything.

Tory MP, currently with his third wife and counting, says the same sex bill devalues the institution of marriage #awks

former Archbishop Desmond Tutu, speaking in favour of #equalmarriage: "if God is a homophobe, he is a God not worth worshiping"

Nick Griffin said earlier he thinks Britain should "kick out hate preachers". Right, who’s driving him to the airport?

Aslan is a character in C.S. Lewis’s The Chronicles of Narnia series and not a religion hell-bent on the Aslanification of the UK

Shania Twain has nothing whatsoever to do with Islamic law.

Just so you know, kissing someone mid-sentence works better in films than when a bus conductor is asking why you don’t have a valid ticket.

Raining in Biblical proportion in Norfolk, as locals gather, hold webbed hands, flex their gills and chant "our time approaches"

Emergecy COBRA meeting called to discuss what vile, intrusive, illiberal shit can be foisted on the public off the back of one murder.

I’m actually quite surprised that Tebbit’s still around to talk shit. I’d assumed he’d thrown himself on Thatcher’s funeral pyre.

Norman Tebbit: "But what if a horse married a cupboard and then a baby happened? What if a Viscount bummed an apple strudel? What then?"

I thought Dan Brown’s new book had a tighter narrative but obscene levels of product placement. Turns out I was reading the Argos catalogue

Paris Hilton is releasing a new album. There has literally never been a better reason for the Death Star to explode your planet.

Are the media referring to the EDL’s attack on a mosque today as a TERRORIST attack or is it only if it’s brown people. I forget.

I noted (as the media and Right all started screaming “MUSLIM TERRORISTS!)

Btw, When I was a soldier in Woolwich the (Provisional) IRA were killing us. Ergo all white xtians are terrorists. First against the wall. #twats

Getting on board with the hysteria. When I was a soldier in Woolwich the Provisional IRA was big on killing us, therefore it follows that all white xtians are terrorists. Join with me in sending them back where they came from. They are all bastards. ‘Cos racism.

Just seen my first mention that yesterday’s murderers were probably claiming benefits. Does anyone have a full house yet?

My company has a really strict dress code: 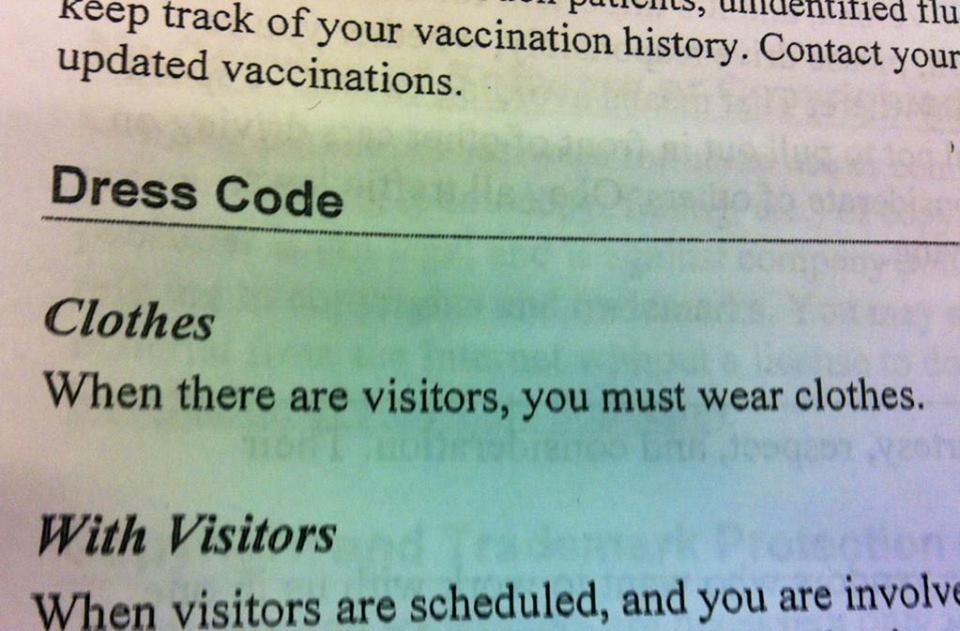 Just seen a recruiter ask on a tech list why ppl hate recruiters. I can’t watch.

#twitter will morph through AI and teach itself how to carry a pitchfork and flaming torch one day. #Twitternator The Plebs Strike Back

RT @PantsTips Use pants to cover up any genitalia you may have.

I love the British. Eyewitness on @Channel4News who was on plane when engine caught fire said ‘we all thought, this is not looking good.’

Jesus Mary & Joseph, either that’s a fox howling directly outside the window or something has come for my soul

If you only see one kettle that looks like Hitler today, make it this one: