You know I  went for that run and pulled my right calf/ tendon? I stretched it off today and went for a marathon run. After 6 miles my left calf/ tendon suddenly started hurting. I carried on the next 8 miles back to the house (I was doing a 14 mile loop followed by a 12 mile one) and just around the corner from our house my right went! Badly. I shuffled the final few hundred yards and quit.

It’s a well known fact that cycling shortens your tendons. A fact that I’ve never believed because it has never affected me. Now I’m a believer. 4 weeks until the race and I’m only good for 6 miles before things start breaking. Oh dear. Drastic action is required. I can’t stop cycling, but I’m going to run for an hour every day to try to get my legs in running condition.

I don’t understand it. You know how they say to bend over and touch your toes as a stretching exercise? I bend over and put my palms flat on the floor. How long have your tendons got to be? I only want to run with the buggers, not bungee jump the Grand Canyon with them.

On the bike front, things are improving. I’m used to cycling to work (10.75 miles) in 10th gear and the other night (against a slight but constant crosswind) managed to knock 2½ minutes off my PB.

And then, out of the blue whilst riding to work, two of the spokes in my front wheel failed and wrapped around the spindle. I managed to wrench them free and get in on time, but then I was worried the front wheel was going to collapse. Having my feet clipped into the pedals that could have been very painful.

This meant that first thing on Friday I had to take my bike in for a complete overhaul. I talked to the guy when I got my long valve inner tubes after the last debacle. He said for a new chain, gears, popping the bearings out, greasing and replacing I was looking at £80. Now I need at least 2 new spokes and all the others checking and adjusting. And new brake blocks, while I’m there. There goes at least a ton.

I have to have it done though. If my chain snapped or a wheel collapsed on the Outlaw I would cry like a girl. Especially if it was near the end of the ride.

Anyway, the money I’m saving on diesel will pay for it. Still. Grrrr.

So my plan is; Mondays do the full 2.4 mile swim for the next 3 weeks, all the other days do an hour run and ride to and from work. Weekends I’ll do a big run and ride.

This is going to be a grit-fest. I’m so not ready.

The crazy arse French have lost the plot with this one. All the trucks have a dial on the dash where you turn your lights on. Not the French. It’s on the indicator column. So when you indicate you either flick it to high beam or turn your lights off. Then there’s the drive system. Normally you put it in neutral (or it goes into neutral when you stop)  turn the key, select forwards and off you trot. Too easy. This one, on one column again, has a neutral/ drive selector. So you fiddle with that. Put it in neutral turn the key, then you have to take it out of neutral on the column. Then select a gear on another switch on the column, then you are going. In manual. You then have to flick the column to select automatic. All of this is on a column behind the steering wheel.

It’s just tons of stupid little things. The design of most other trucks is similar and simple. This, being French, has to do it differently. If it ain’t broke don’t fix it.

I mentioned on Twitter “Not trying to make lazy, racist assumptions, but what were the garlic munching surrender-monkeys thinking?”

I got my license back, finally. The good news with that is; although it was supposed to be renewed on the 9th of June, and my 3 points don’t expire until the 14th (so I thought I was going to have to send it back again and pay for a new license) they have taken them off! Clean license! Woo-hoo!

Now I can start looking for a new job. Or perhaps wait until after the Outlaw, come to think of it. I need to be able to take time off as I need it for the next few weeks.

“What of this Twitter, you mentioned?” I hear you cry.

POLITICS: Clegg promises to get tough on sleaze with his new bill ‘How to Avoid Getting Caught for Dummies’.

ENTERTAINMENT: ‘Best Racist Train Rant’ to be category at 2014 BAFTAS.

In politics/ tory scum we had:

Half a million people reliant on food banks. Cameron says it’s a great example of the big society. I say it’s a fucking disgrace.

The country is in Austerity and Vodafone is let off a £8bn Tax Bill.

Yup.Close to Half a million Americans shot dead since 911. But look over there ……..Terror terror terror.

Over 11,000 US women killed by husband or boyfriend since 9/11: more than all US civilians&soldiers in"War on Terror"

(That is really shocking when you look at it. That’s data including the big one of 9/11 and the subsequent Iraq and Afghanistan wars.)

‘General’ was as eclectic as ever: 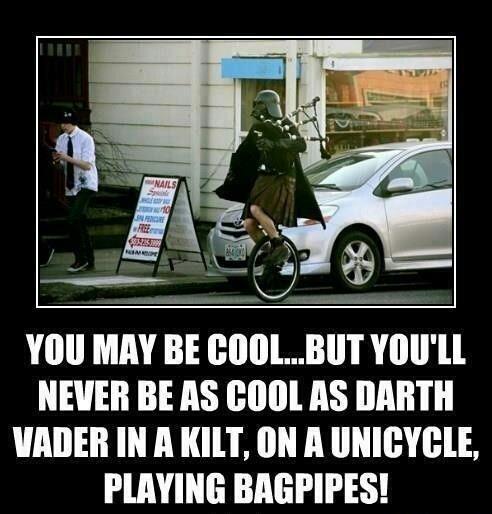 We need a lolcats of the left: 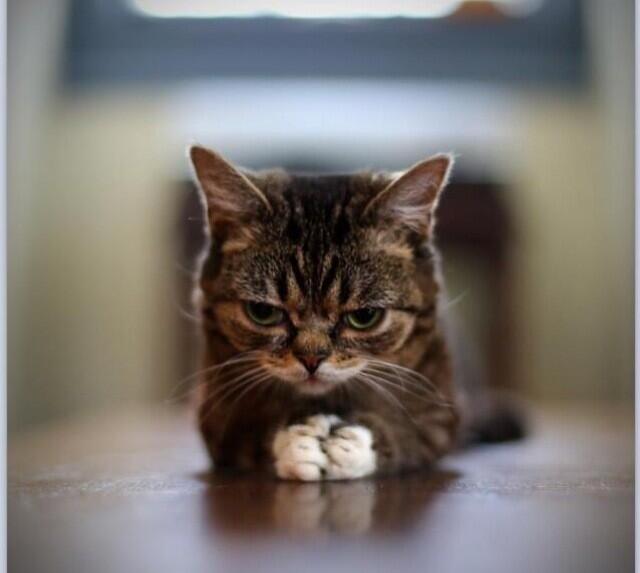 (I was bitching. Again:) My last job at work was a collection. An artic lorry, with a 13 metre trailer, to pick up this: 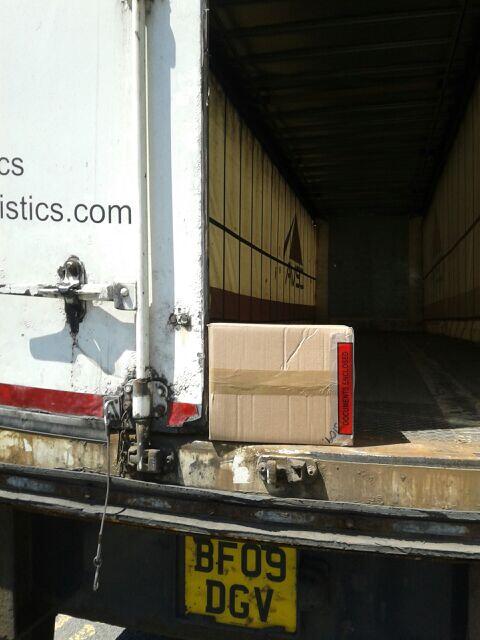 I came across this, a rock version of House of the Rising Sun. From about 1970, so virtually all my life and I’ve never heard it. Awesome cover: youtube.com/watch?v=t40INnb6DnY …

As you head off to bed, try not to worry that the average human unknowingly consumes 13 goats while they’re asleep in their lifetime.

Hey asshats: if you think you’re being "censored," then WHY DO I KEEP ON HEARING YOUR IDIOCY?

60 years on welfare must be a British record, ma’am #coronation

DAY 40 OF SAME-SEX MARRIAGE BEING LEGAL IN NEW ZEALAND: Rainbows have blotted out the Sun. We’ve run out of new babies. NOBODY WARNED US!

Some of the people commenting at The Telegraph seem to have mistaken The Gay Marriage Bill for The Compulsory Bumming of Everyone Bill.

Kill off pensioners, get everyone else in debt, and we promise to kick the unemployed’ is an easy manifesto to write. Snappy.

(Me:) Just seen a motorcyclist in the de rigueur black leather onesie, but accessorized with white "fuck me" boots. Fashion. Disaster.

Two hours ago they were adamantium. In two hours time they will be blue fur. Currently, though, these pears are yummy.

In your fruity faces, you pear bastards. I WIN!

In a new category we have ‘TLF travel alerts’, keeping London commuters informed:

Please sign our petition to make it legal for ladies to start looking in their handbags for tickets *before* getting to the ticket barrier.

Delays at Mornington Crescent. Due to engineering works Trumpington’s Variations are in effect rather than the usual Tudor Court Rules.

Just a zone 4 girl Livin’ in a lonely world She took the District line goin’ anywhere.

Strangers, waiting Up and down the platform Their shadows searching in the night.

Working hard just to make ends meet Everybody wants a seat Payin’ anything to top up your Oyster one more time.

Some will win, some will lose Some were born to get the tube Oh, the commute never ends It goes on and on and on …

That is genius. A total abuse of the 140 character limit tweet ethos, as it was so many tweets, but genius.