Hot. Damn hot. Hotter than a snake’s ass in a wagon rut.

To be honest I think the BBC’s weather reporting is getting a bit too informal.

It has been beastly. Mainly due to the garage pissing me about so I’ve been riding to work every day in this damnable heat. Not that I wouldn’t have anyway. Committed triathlete and all. *coughs*

The insurance people and the garage’s own telephone crew said “it could be as long as 5 days.” That was 19 days ago. They say the replacement panels they were sent were damaged so had to re-order them. Then when they came to fit them they noticed the front panel was damaged as well so they’ve had to order that. Now they are saying they should have it done for Monday, so I’ll be able to pick it up Tuesday. Bah.

To be honest it’s just the weekly big shop that has been the problem. Riding to work is what I’m supposed to do. I’ve not been able to give Wendy a lift in of a morning, but that just means I get more of a lie-in, so her loss is my gain. And my training’s loss. Lie-ins mean I’ve no time to train before work.

Talking of which, I read a forum on Runners World about who was up for next year’s Outlaw. I read a few pages and got a bit irritated with the preachy attitudes. Noobs, you’ve got to be able to ride X miles in Y hours and swim like a dolphin or you can’t do it.

I commented that I’d done one ride over 60 miles, less than 20 swims in 2 years and had buggered my run fitness with an injury for several months before this year’s Outlaw, finishing in 14.09. “If you are a bit stubborn and eat at every feed station you can do it.”

I thought this was an encouragement to the newbs, if a fat old useless duffer like me can do it, anyone can.

What I failed to consider was some of the people on there had trained really hard and only just scraped a finish and some were DNF.

Oops. My well meaning post was perceived as saying they were all shite.

As you can imagine, this generated some comments.

I later backtracked. As that was my second a basic level of fitness was enough to get me through. The first year was tough going from my first half marathon to my first Outlaw in 9 months. But I did it. So what was that? Just over a year to go from coach tatty to Outlaw.  Of course it was hard, it’s meant to be. Grit your teeth, man-up and do it.

Which brings me neatly to today. I thought that 50 mile run was in about 4 weeks and I’ve not done any distance training. So I strapped on my trainers, loaded up my bag, found a 38 mile run route and set off.

It was bloody awful. Well, the first 10 miles were fine. Nice easy trot, no bag. Then I got back to the house to load up for the next, 14 mile loop. That was pretty bad, 3 water bottles in my bag, blazing sun and mad muggy. Then I had to do it again. That was really bad. On the second and third laps I headed the Ultra runner’s discipline of walk/ run. They mostly said 20 minutes/ 5 minutes walk. I found one that said 25/ 5 so I went with that. It turns out it’s not really about resting your legs, they don’t feel much better when you get going again, it’s the mental thing of knowing you rest in a set time. Anyway, I baked my arse off. So much for the promised rain and coolness. The good thing is when I took my shower the bag still hadn’t given me webbing burns or bruises.

I was a bit disappointed as when I set off I got to thinking that perhaps I could continue and do the last 12 miles. By the end of the 38 miles though I was in a state. I’ve never run more than a marathon before. Some people consider that quite challenging. Doing a marathon plus 12 miles, carrying a bag and 3 water bottles took it out of me.

Then I strolled (OK, staggered) around the corner to Sainsbury’s to get some pancetta for a quick carbonara feast.

Of course it did.

Then I went to the link for the 50 mile run. It’s not until the 22 of September. *weeps steaming tears* Oh aye, I’m red and poached. Glowing like a ‘lecy toaster element.

With 3, 15 minute pitstops (to change water bottles, eat, cry like a girl etc) it took me 7 hours. In that sun.

But as Wendy pointed out when I’d only done 24 miles and was trying to steel myself for going out again, possibly to do the full 50, if it came to it I could walk the last 12 miles and still be within the cut-off.  It’s 13 hours so I could walk and have a picnic. And a nap. And take a long, hard look at what the hell I’m doing with my life to be running for 50 miles.

The big bright side is the Chester marathon is going to seem really cushy. No bag, only a marathon distance and no other events first. Easy life.

I’ve been thinking about the Arch to Arc again.  A bucket list tri if ever there was one. (You know the one, run from Marble Arch to Dover –88 miles-,  swim the channel, then ride to Arc de triumph in Paris –300k’s-)

I made thought I was on safe ground mentioning that on the Runners World (triathlete section) forum. I said ‘”I mean the ‘proper’ one where you swim the channel. I’ve just checked and there is one where you kayak it.”

Got a reply, “The kayak one is on my bucket list.”

Sunday; weighed myself this morning, I’ve lost 3½ lbs after my trot yesterday.

Another crap sleep, the weather has cooled down but I am cooked to a turn. Not good for sleeping.

I’m a bit tired and my brain is not really working today so I’ll just update you on the wonderful world of Twitter then get off and try to recover.

PHWOAR: Six bikini clad beauties flaunt their enviable assets as they help police with their enquiries after witnessing brutal decapitation.

PHOTOGRAPHERS: The Daily Mail is looking to fill a number of freelance positions. Please get in touch if interested

THREAT TO RECOVERY: Food banks to be privatised, run for profit and renamed ‘McDonalds’ say government.

THUNDEROUS GOOD LUCK: Number of lazy scroungers identified by government is exactly the same as those on benefits, making cuts much easier.

ARROGANCE OF WOMEN: Exposed – the militant feminists mothers of Mumsnet claiming to ‘know how the Duchess feels’ in hate-filled forum posts.

CELEBRITY: Fury as pregnant girlfriend of Peter Andre keeps Facebook privacy settings turned on. We ask, what is she hiding?

In politics/ tory scum we had this:

1st it’s alcohol& tobacco; now the govt delays action on gambling machines. Amazingly they all donate to the tories! http://gu.com/p/3hcm2/tw

Dear @BBC UR really showing your disgusting #Toryscum bias with "We All Pay Your Benefits’. Don’t forget WE All pay your gagging payouts!

Tax breaks for everyone! (*Check terms and conditions. All UK citizens excluded, with exception of party donors)

There’s NO connection between tax cuts for fracking companies and George Osborne’s father-in-law being a lobbyist for them. NO connection.

Very under-reported fact: people who are now assessed as ‘not disabled’ by ATOS will no longer be able to get legal aid to appeal.

Dave what is corroding childhood is your government taking from the poor and giving it to the rich!

And my favest section, general tweets;

JK Rowling has also been revealed as Keyser Soze.

Anyone got a photo of a church that looks like a confused chicken? Oh hang on…it’s ok.. found one! 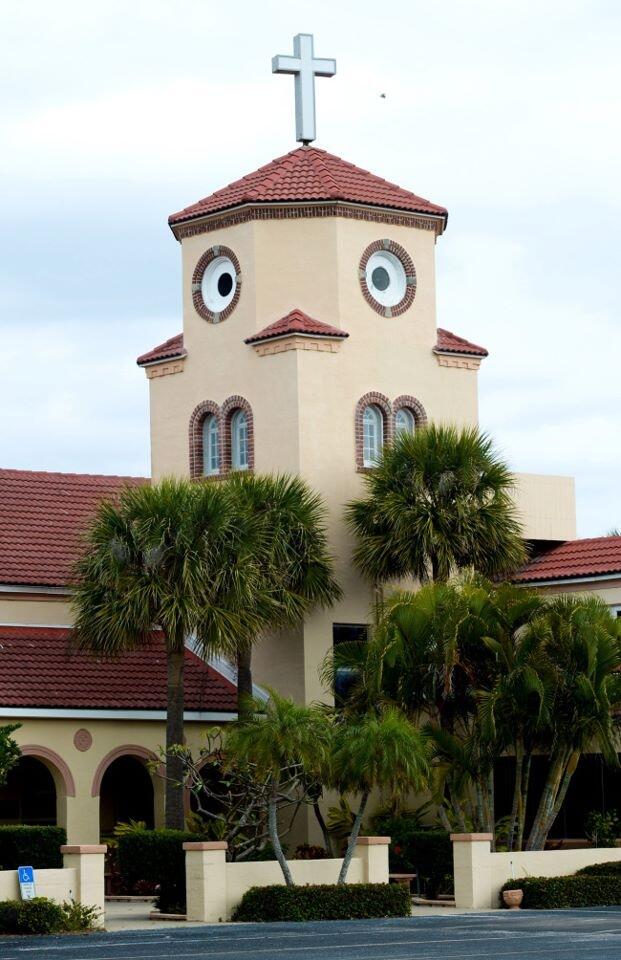 Poker! A game of cards. Poker! A great way to meet new friends. Poker! There’s too much milk in my tea. Poker! Someone stop that wasp.

Whenever our neighbor’s dog is barking, I know there’s either someone at their door or literally anything else in the universe has happened

WANT to look as though you’re buying a Womble costume in instalments? Simply get some Ugg boots.

Why isnt the NRA saying the tragedy wouldn’t have happened if Trayvon Martin was armed,& calling on young black men to get themselves guns?

Turns out it’s not National Gullibility Awareness Day after all. Got t-shirts made up and everything. Not impressed.

Very big woman at Highbury & Islington station wearing bright yellow t-shirt with "FAT POPLE ARE HARDER TO KIDNAP" on the front. I love her.

"Money has no motherland; financiers are without patriotism and without decency; their sole object is gain." – Napoleon, 1815

And while we say it’s not ok to kill an unarmed kid, Republicans try to repeal #ObamaCare again as a back up, in case the next one survives.

If I said I love quoting Perry Como songs, would you say A) You’re adorable B) You’re so beautiful or C) You’re a cutie full of charms?

Those whining about ‘nom’, English evolves, deal with it. Except for ‘chillax’. Obviously the use of that should incur sterilization.

The elderly are particularly vulnerable in this heatwave, as nobody gives a fuck about them.

Other people ask me: "What is social media?" And I always say: "Close your eyes. Think of a bee." Then I run away. It buys me time. 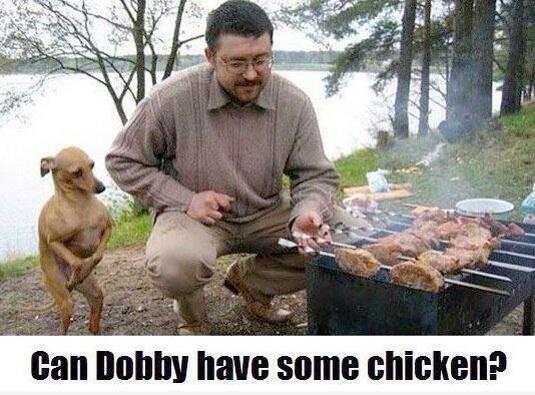 Anyone who says ‘honesty is the best policy’ really doesn’t understand insurance.

Q. What’s the best Australian Wine? A. "Why aren’t we good at rugby or cricket any more?!"

Reptile vets have been called to in to help the delivery / hatching of the Royal Baby.

comments on BBC child p0rn story: "pier-to-pier sites that should be closed down or licensed" – especially the one from Brighton to Southend 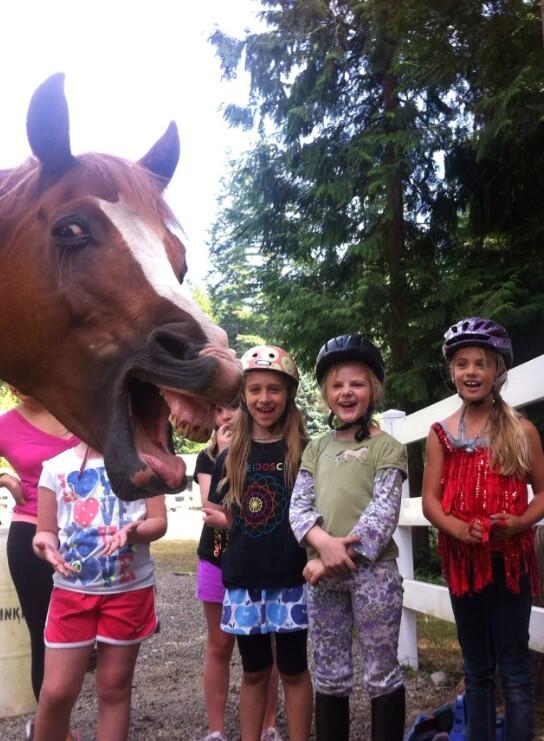 London switched from sun to thunderstorms within hours of the birth of our future overlord. Based on that, I’m guessing Prince Damian. #omen

Today you stand on the edge of tomorrow. You are lost. You’re meant to be in Redditch. Google Maps eh?

Driving through warm, muggy fog in the Lake District earlier. Like driving through a sauna. But with less screaming and paperwork afterwards

Does the sight of scroungers having kids at the taxpayer’s expense infuriate you? Probably best to avoid media coverage of the Royal baby

‘Why d’you never see an old estate agent? Because it is possible to die of shame.’

Great Private Eye Cover! Gets to the point! 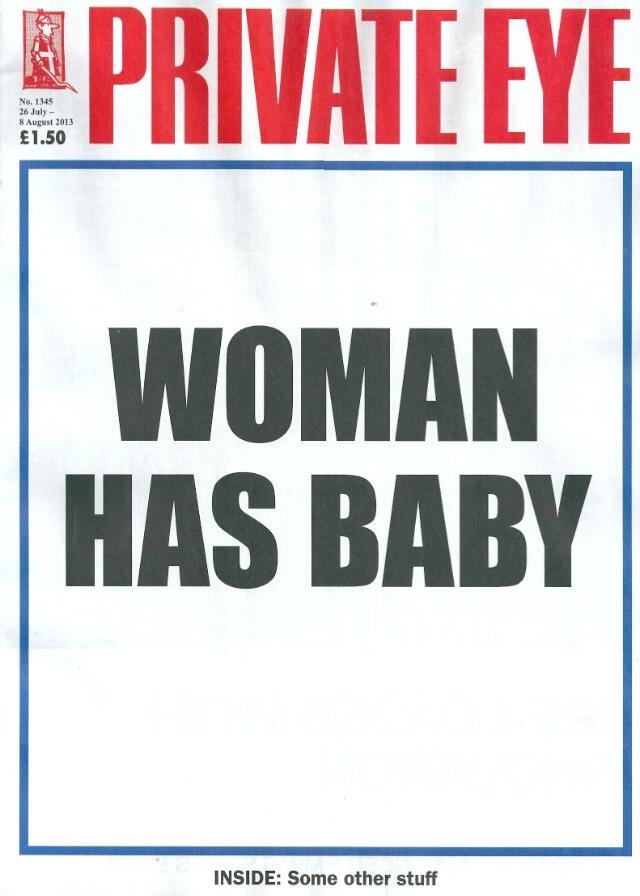 America: where obesity is genetics, but homosexuality is a choice" 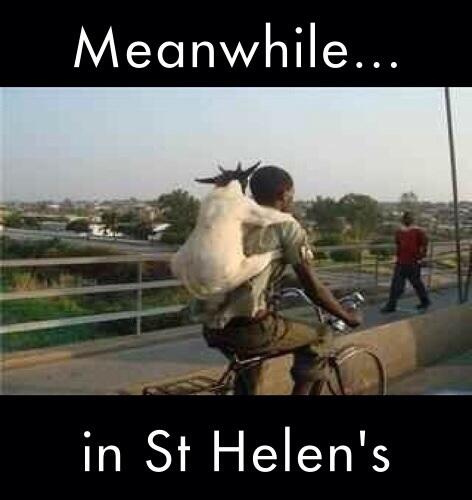 Lo! As you walk through the valley of the shadow of death, footage of you walking will be used to invalidate your disability benefit claim.

UKIP supporter to me yesterday: "I’m fed up this country welcoming immigrants…I’m going to move abroad". !! 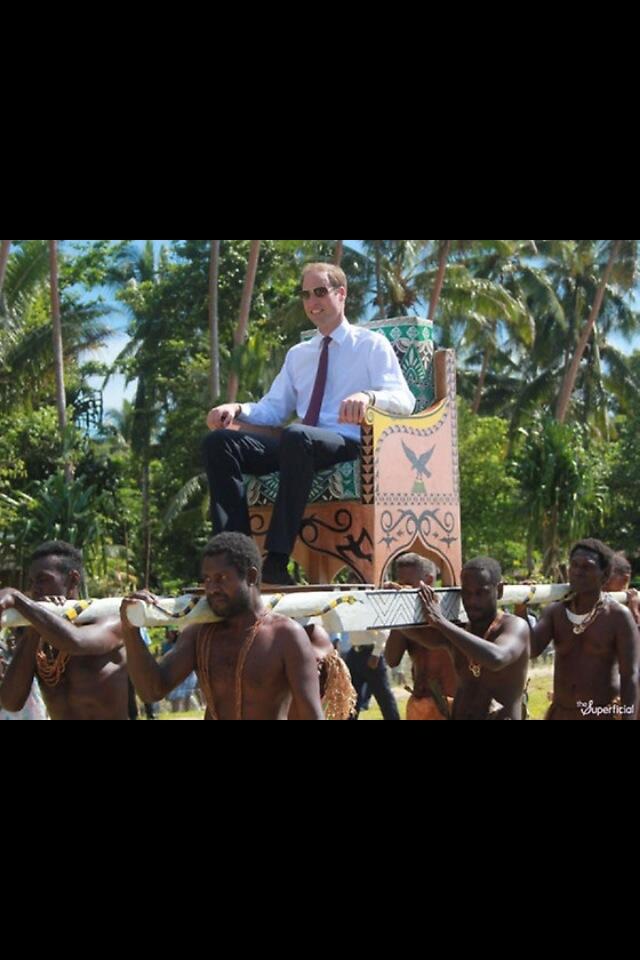 A "report abuse" button on Twitter is a good idea, if only because it would create enough work to completely wipe out world unemployment.

Looking after a friend’s dog. Kid A announced that he’s "put the dog to sleep". Dog is merely napping. Blood pressure returning to normal.

Everyday I watch the carnage of human suffering, the suffocating despair in the absence of space. I am not traveling by bus anymore

And on that note of existential angst I’ll bid you farewell.