We’ve had quite the eventful couple of weeks.

Before I start let me say Wendy is OK.

We didn’t know that at the time, though. It must have been Sunday night, I was playing on the internet, Wendy was watching crap on the telly, when she called me. She was suddenly in a world of pain, right in the centre of her chest around the solar plexus (the bit where your ribs meet at the bottom) . She was doubled up with it. She said she couldn’t breathe and if felt like she had a crushing weight on her chest. I thought it was a heart attack. I shit. I gave her some aspirin and looked up the new NHS advice number, then rang that 111 thing. They got talking to her and immediately sent out an ambulance.

The ambulance people said it wasn’t her heart (phew!) but had to take her in anyway. I followed in the car.

They gave her some serious kick-arse pain killers which settled her after a while. Then the doctor came in and prodded her. She was still very tender around the solar plexus. Apparently this is also the site of the the pancreas. Gail, Wendy’s top-nurse sister,  had warned her of that when we were drinking; that pancreatitis –damage from drinking-  was fatal. If you’ve got it you’re a gonner. So we have been lead to believe, might not be true. Anyway, we were again thinking she was on her way out.

They ran a battery of blood tests and it wasn’t her pancreas.

We were quite giddy then. We’d both thought she was going to die.

Gawd bless the NHS! They sent her away but said she’d have to come back as an outpatient for an endoscopy and scan. By coincidence our nextdoor-but-one neighbour asked Wendy what the ambulance was for, and she has been having the same. Agonizing pain starting in the centre of the chest, in the area of the pancreas as we now think of it, then spreading right around to her back. It’s her gall bladder. She was just about to have it removed.

Wendy had another attack four days later, then an even worse one while we were on holiday last week. We rang the doctors the next day to see if they’d got the notification from the hospital and booked and appointment, they said it was unclear who was supposed to be booking the outpatient visits.

We were a bit miffed, but what are you going to do? Wendy was going to go to the doctors on Monday and try to get them to sort out an appointment. We were thinking it was going to be weeks of ballache.

We got back off holiday today and the hospital have sent her an appointment for a scan for next Thursday!

Gawd bless the NHS and all who sail on her!

If it it gall stones, which apparently block bile ducts or some other voodoo, they will show up on the scan. It could be as simple as that. Gall stones, chop out gall bladder, bish bash bosh! (I am not a qualified surgeon/ doctor.)

So that was dramatic but in no way fun.

It was a lovely, log burning fire, cottage. In the Dartmoor National Park. Dating back to the 15th Century. Alas their internet coverage was from same era. Bugger all. Not even a ‘phone signal. My smartphone was a dumb brick. And the telly coverage broke up on most channels.  And, due to some idiocy on my part, we booked it on a week when I couldn’t even make the most of the hills by training. I did one 2½ hour run and hurt my knee. I didn’t dare go out again as I have that 50 mile run tomorrow.  Boring week in other words.

It was a lovely place, but all wrong. Ho hum, live and learn. How I could have been quite that stupid in the first place is a mystery, mind. 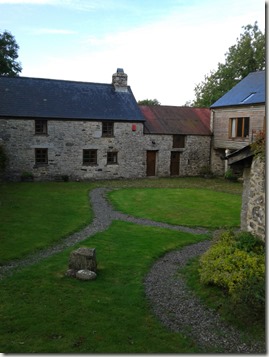 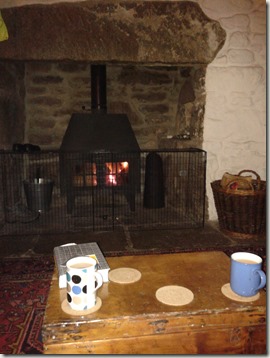 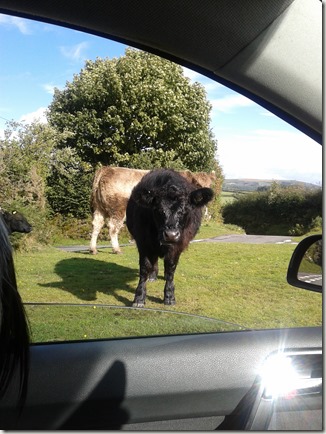 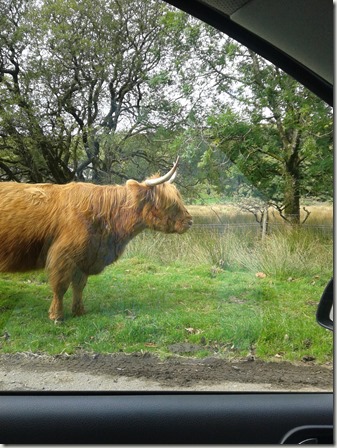 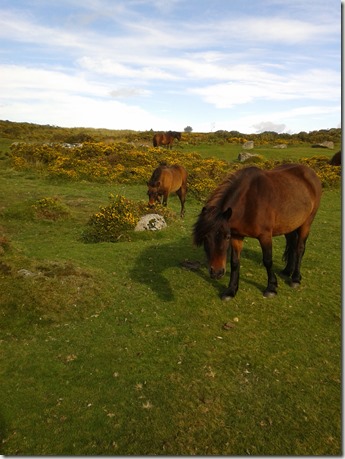 I did my horse-whisperer thing and had one of the wild ponies/ horses lick my hand. Wendy thought it was going to attack us. She is the horsey person, having taken riding lessons and everything. I just overpowered it with my Jedi mind tricks.

The bloody things were all over the place though. The cows were just stood in the road. I had to weave in between the big ignorant bastards. Those furry cows with the horns could do some serious damage to my poor little Polo. 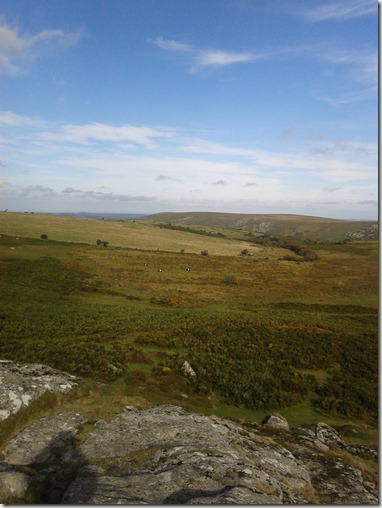 A desolate hell bereft of even the simplest internet connection. Not a solitary ‘phone mast as far as the eye can see. 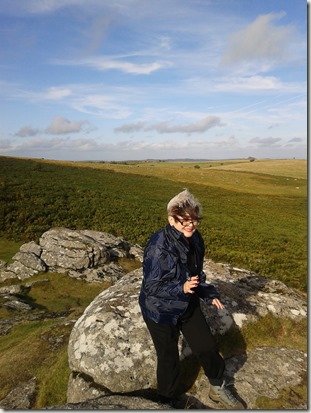 Hehe. I’ll post that quick before Wendy makes me delete it.

I did a windblown selfie; 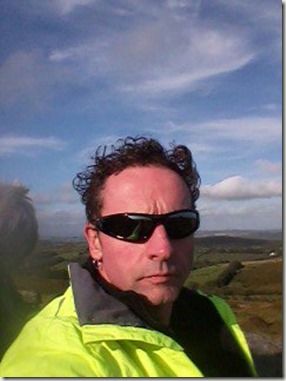 Btw, the pictures aren’t that great because I forgot my camera, had to take them on my ‘phone.

It shouldn’t really make that much of a difference, but I am so happy to be back in civilisation. Internet, I love you!

It’s hardly worth calling it a roundup of Twitter, what with all my enforced downtime, first with Wendy in A&E, (grrr) then the bloody holiday, but here’s a few bits;

SYRIA: Assad demands proof he was behind chemical attack; USA sends 3 photos from Iraq, 1 photo from Vietnam and Pearl Harbour on DVD.

REVEALED: Parasitic benefit scroungers hold regular ‘laugh at the taxpayer parties’ where they quaff champagne and call YOU a sucker.

POLL: Which celebrity would you bring back from the dead? A) Princess Diana B) Steve Jobs C) Michael Jackson D) Enoch Powell E) Hitler

PHWOAR: Murdered Russian model whose body was found naked in woods had great tits when she was alive (pictures).

BREAKING: Only 94 shopping days until the war on Christmas.

(To which I added:) If this shit ends in WWIII and extinction of Human life on the planet I, for one, will question whether Obama’s peace prize was premature.

Hague: "We won’t talk to Iran because their president is elected. We will only talk to the despotic Gulf monarchies who we sell arms to"

You guys, if only Miliband had stopped Cameron rushing into Syria w/o making PM look foolish, Miliband would be a STRONG leader  (I replied: Really Sunny? It’s the oppositions job to make the PM look less of a twat? Good luck with that.)

If you intend to vote #LibDem again you deserve to lose your job and home, to live in a B&B and depend on foobanks while doing Workfare.

Gove or IDS – which one would you push off a cliff first? Decisions, decisions, eh? 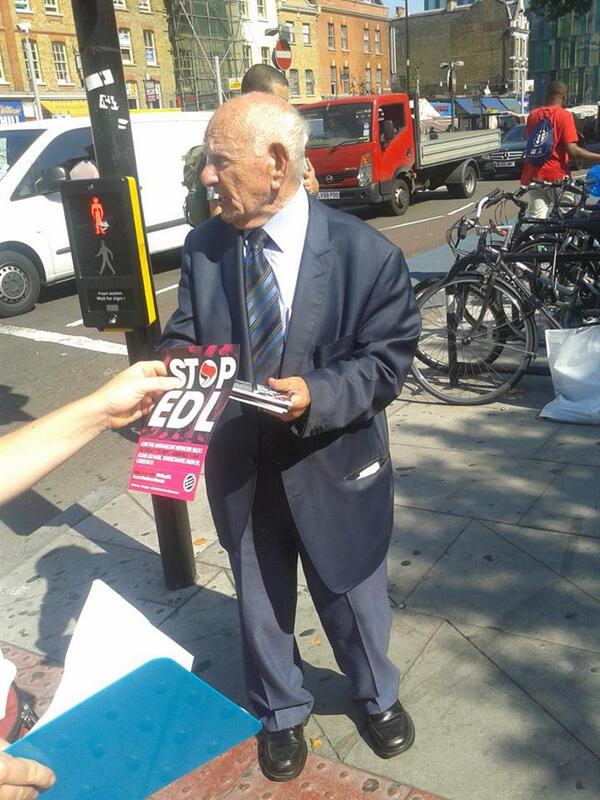 I imagine Tony Blair in his back garden, plaintively making the case to Cherie for intervening in their neighhbours’ leylandii dispute.

"What do you want for breakfast Tony?" "Military intervention." "That’s your answer to EVERYTHING."

.@tonyblairoffice Nobody gives a tuppenny fuck what you think about anything these days, you murderous has-been shitheel. Shut your piehole.

Cameron. Next time Putin talks about small islands not making a difference in the world, just say this: "Tracy Island". That’ll shut him up.

Bob Crow: Energy prices have gone up by over 20% but if we ask for wages increase by the same amount, unions called greedy #TUC13

I knew a girl called Zeinab whose leg was blown off by one of Blair’s bombs, but it wasn’t a chemical weapon so that’s nice.

‘Intervention’ is when an addict is confronted by friends and family and hustled into rehab. The word you’re groping for is ‘War’.

Jobseekers Could Lose Benefits for Refusal to Take Part in Clinical Trials http://www.scriptonitedaily.com/2013/09/11/governments-online-jobsearch-posts-jobs-encouraging-desperate-uk-poor-into-clinical-trials/

Fuck sake! Tory Britain. "You there, Johnny foodbank, either let our rich chums experiment on you or die. No pressure "

Justine Greening thinks privatisation means "we can all own" #RoyalMail. a) We already do; b) We don’t "all" have £750 to buy in.

So the Government has nationalised Royal Mail’s debt and are now privatising the profit. It makes no sense.

Gove has gone too far this time. Too far. 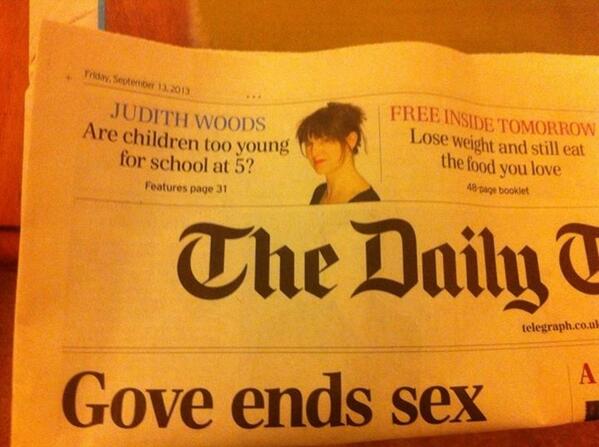 Email of the day: "Hey, my wife downloaded your book from [piracy site] and the file was p%rn instead! Can you fix that?"

A new (to me) account showing great ads had these:

Creative Game of Thrones ad in the New York Times

This is why we need feminism;

Woman swims 110 miles from Cuba to America without shark cage. Some people slag her off because she had shark spotters with her, prompting this rather nice observation;

"Oh, she had people making sure she didn’t die when she swam from Cuba to America? Pfft. I could totally do that."

HMRC will never send you a tax bill by email, especially if you are Vodafone.

Just got asked for a donation by the Greens, but I’m a bit short after paying to have some of the trees blocking my harbour view poisoned.

"Papa, who is Richard Dawkins?" Ryan asks me. "He’s an actor and celebrity fisherman," I say, accidentally confusing him with Robson Green.

Thinking of taking legal action against Red Bull. It promised to give me wings but all it’s done so far is give me tachycardia

(Which I thought was hilarious.)

The squirrels are quiet today. Too quiet.

Quietly pleased that I managed to find ‘Michael MacIntyre’ by googling "floppy haired middle class comedian’. Questionable use of ‘comedian’

@Queen_UK had: Someone get one a gin and tonic with ice and lime. With no tonic. Or ice. Or lime. #onitlikeabonnet

If I ever open a restaurant, I’m thinking of using fresh, high-quality, locally-sourced ingredients.

Just back from Antiques Roadshow. It was fantastic. I’ve seen so many people’s hopes & dreams crushed.

It pleases me the Mazda Bongo (campervan) without the pop-up roof is known to fans as a ‘Bongolow’.

The iPhone 5S has a fingerprint sensor. Remember that if the NSA demands it, Apple will turn over your fingerprint http://pops.ci/188YAJQ

"@ExtraFT: I’m pro-choice because it’s my womb, my body and my life. @Abortion_Rights" << I’m pro ‘cos it’s her womb, her body and her life.

NURSERY school teachers. Get rid of any unpopular male employees by simply crumbling Viagra into their morning cup of tea.

No sign of Mrs dying. BTW, anyone know the returns policy on Thai brides. Asking for a friend.

First decree as World Emperor: any car driver on Mway doing less than 60 to be humanely beaten to death with rolled up copy of highway code.

Second World Emperor decree: any rock singer not from US who sings in an American accent to be beaten to death with House boxset.

Just seen a badger lolloping across the road. Ha! You missed one, Cameron, you twat.

Rain, heather, cows, rocks, horses, sheep and rain. Should’ve stayed home, showered and got a Polish mixed grill. With a side order of rocks

Give a man a fish, he’ll eat for a day, give a man a lightsaber, people will fish for him.

I think I may have also located the best reversible hoodie ever. 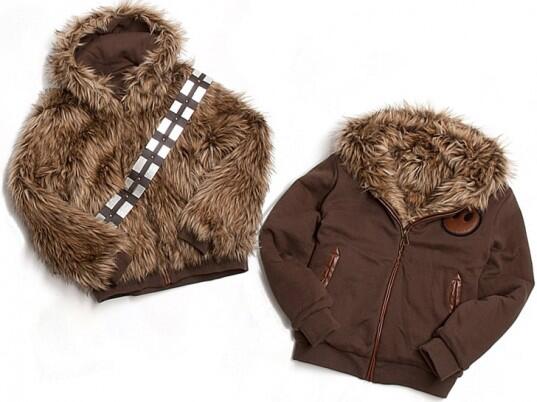 Chewbacca hoodie! How awesome is that?