I applied for this new driving job because Hermes has let me down and the tax man had just robbed us blind so we needed cash. I’m really glad I did. The job is a doddle and it’s loads of dosh. So far I’ve not had a single thing said to me. No-one on my back, no frantic ‘phone calls, nothing. They are so relaxed that yesterday, after I’d been off all day, I was about to leave the yard in my truck when I noticed I still had the truck keys from the night before. No-one had said anything. I drove around and handed them in, the guy said “Oh, yes. I was going to ask you about them.”

Anyway, it’s all good. Apart from the fact that it’s the whole of my life at the minute. I’m either working, asleep, or bog-eyed, wishing I was asleep. That should change when I adjust to sleeping in the day. At the moment I ain’t nothing but tired, to borrow from Mr Springsteen.

Still, it’s what I signed up for, and it’s better than what I expected. The first week was 4 days working and the 4½ hour induction. Which is to say, 4½ hours day rate, 3 shifts Mon-Fri night rate, and 1 shift Saturday night rate. 38 hours in total. Friday was the test of my snake-oil charlatan accountants. They came through.  I earned £486.23 , paid the accountants £23.28, paid my N.I., PAYE, and Corporation tax and still came out with £426.10

I did some working out (but got the pay rates wrong) and thought that would put me on about £40k (for 48 weeks, 48 hours per week) it’s actually £33.5k. Bah. Penury. The thing to remember though is that when I was busting my balls in de-kit, or freezing my arse off order picking in –28C, I was on £18.2K, taking home £290 per week.When I get to the proper pay rate (another 10 weeks) I’ll be taking home about £631 per week. It’s not a direct comparison as I’m doing another day’s worth of hours nowadays, but on the other hand my old job was so hard I didn’t have it in me to do any extra hours. Also, I’m assuming that as weekly pay, but if I take 4 weeks holiday a year (no pay) then it averages at about £583 per week.

Anyway, that’s all back-of-fag-packet calculations based on one week’s pay. Guideline at best. My point is; I spent all that money and went through the ordeal of lessons, tests, and the horror of gaining experience for a better paid, easier job. I’ve finally got it.

By this time next year we should be minted.

We’ve got that piss-take tax bill to pay off, then another £1,500 to pay the tax man in June or July, but that is actually forced savings. I was only self-employed for 8 months last year, I’ll have paid £3k towards the next bill, but a full year was only £2k. After that there will be no future tax bills, the £23 a week to the accountants covers all my running cost, book keeping and end of year accounting. Sweet!

So, there’s gold in them there hills. I can’t wait for us to be straight. We went from just about getting straight to nearly £6k of debt within a month. Not good when I was getting no work at all. I’ve not told Heads or Hermes that I’m no longer available, it’s still only the 11 shifts worked and 3 others offered since 24th of December.

Unfortunately, as I said, it means I have no life. I’m just tired. I’ve had one run and several sax sessions, but I’m fit for shit the whole time. I can’t wait to adjust so I can train properly again.

In the meantime, nothing really to say. Though I am window shopping Harleys again for when all this dosh is going into credit instead of paying off debt. Hehe. Wendy not pleased.

We still haven’t got a date for Wendy’s operation, which is mighty disappointing.

So, lacking news, I’ll just fill you in on the wonderful world of Twitter.

TRAGIC: Thames overflows, flooding a collection of houses worth more than the foreign aid budget.

GOD’S BISEXUAL FURY: Sinkhole opens up beneath Hemel Hempstead; home of the roundabout ‘where you can go both ways.’

SOCHI: Lizzy Yarnold wins Gold for Britain. Reader Dave23 has had a thought about that…

WE’VE FOUND A STUDY THAT SHOW RICH PEOPLE FIND IT EASIER IN LOVE. HA HA HA, WE TOLD YOU – POOR PEOPLE ARE UGLY AND STUFF.

In Politics/ Tory scum we had;

This is real, you’ll think its a parody but it’s real. It’s crazy but it’s Ukip. This is the real Ukip:

Mr Cameron, do you think that the fact your govt slashed flood-defences by 41% may have contributed to making things worse this year?

PM says "money is no object" in talking about flood crisis. Really? He did not say this when the floods hit Cumbria, or Yorkshire or Wales?

Money is no object in coalition constituencies and now the floods are approaching London. #DavidCameron

So the #floods reveal Cameron has found the magic money tree…” << It only grows in the home counties though.

Sorry, but I don’t remember those flooded wealthy Tory voters showing much sympathy for the poor forced to use #foodbanks to survive. #Karma

Can’t afford to heat your home tonight on your zero hour contract wage? Remember we are a wealthy country where #MoneyIsNoObject!

@David_Cameron at this stage, I wouldn’t be surprised if you proposed using disabled people as sandbags in Tory shires #2birds1stone

"Money is no object. We are a rich country" yet 20-55% of people with #disability will lose benefits by 2015. #HypocrisyIsTheGreatestLuxury

"Money is no object. We are a rich country." Proof positive that #austerity is ideologically driven class war. AUSTERITY IS A LIE! #floods

Cameron says that money is no object. Spot the millionaire.

In this last year the Govt spent £120million less on flood defence spending than Labour did in their last year. #MoneyNoObject

North West bashed by storms. Somehow, I doubt if Cameron will tell the people there that money is no object.

When will we have a PM say ‘Money no object’ for poor, sick and disabled? ‘No one will go hungry, homeless or without medications’

Joy. Cameron’s doing the macho COBRA thing. How’s about that "green crap", Dave? Or the money you cut from flood defences? #pissup #brewery

And the bestest bit, General:

If carefully crafted and neat

But please make them rhyme

And never leave one incomple

"the internet allows us to be whoever we want to be. How interesting that so many of us choose to be assholes"

Now you don’t have to travel all the way to Cornwall for waterfront property.

Taking the Lotus to Somerset

Not sure how to break the news to this person… 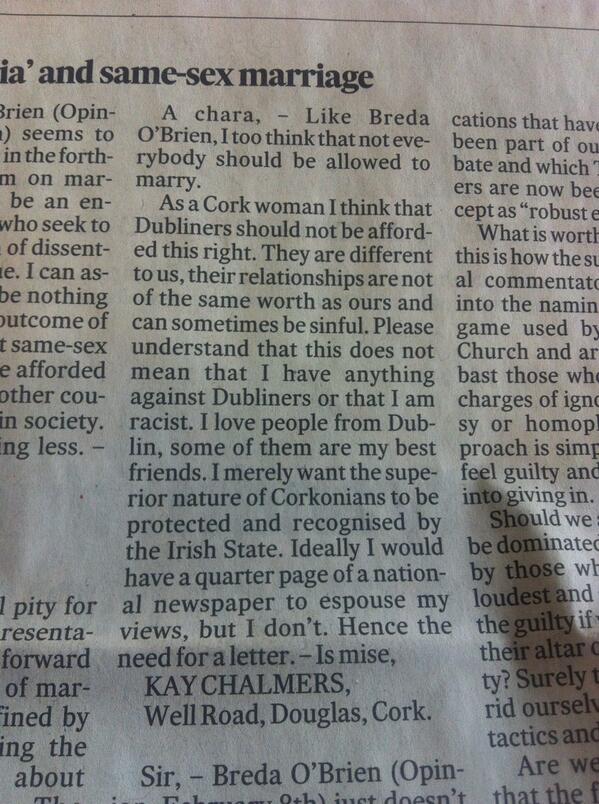 Probably the worst way to die…

Can’t say it too many times: THANK YOU Ed #Snowden! #StopTheNSA

Elayne Boosler: The Vatican is against surrogate mothers. Good thing they didn’t have that rule when Jesus was born.

I don’t even need to click the link. "Daily Mail’s petition." No, I’m fucking not signing it, and yes, actually, you are a fascist.

Whilst I don’t actually read the Daily Mail, some of my best friends are knee-jerk, reactionary, paedophile-enabling, fascist fuckwits.

something big just blew past my window in Manchester. I think it was Liverpool. #UKStorm

This wind is causing some horrific accidents, just seen this on Bradwell Lane…

I’m not one for personal mottos, but if I had one, it would be: "Fucking people need to leave me the fuck alone."

Can’t remember how many days we are into @dailyexpressuk ‘100-days of snow’ now?

Did we have a One Show special when Cumbria was flooded – did we bollocks. 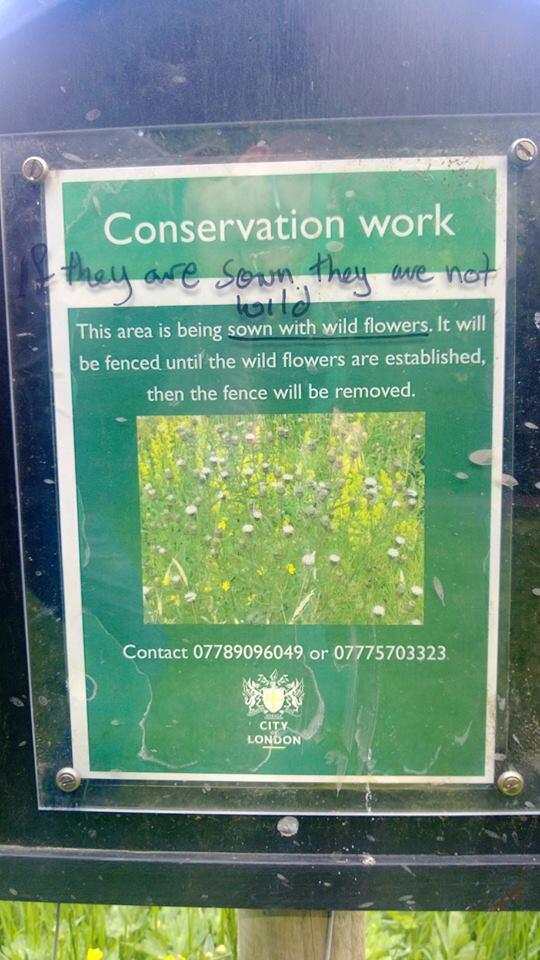 (apparently that was from an Irish flood, not the current one, but it’s a hell of a picture.)

We have a situation

IF The Proclaimers won’t leave you alone simply move 1001 miles away from them and relax.

PARENTS. Avoid the penalty of enjoying smoking in the car by securing your children to the roof rack. 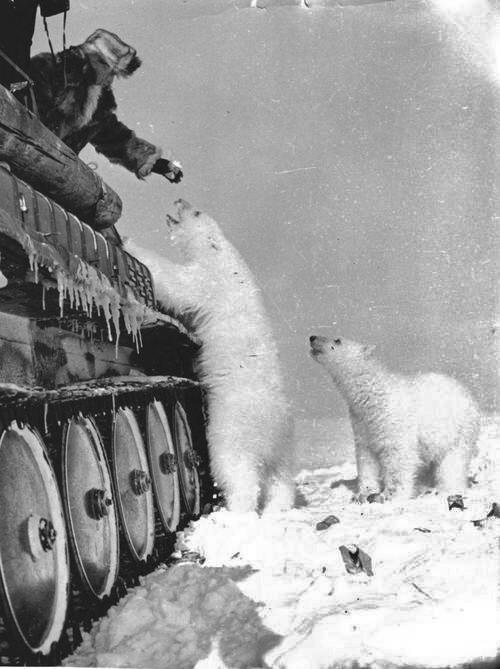 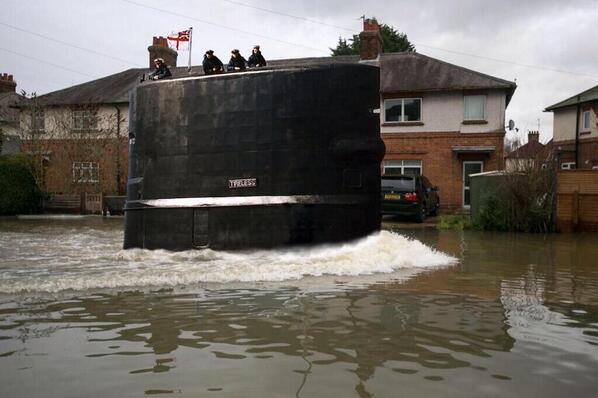 Went to take the rubbish out and neighbour’s cat came flying through the door. I did throw the bags of rubbish in the air and scream

Autocorrect reached new lows by changing the word "some" to "spleen". Just sent an email to an actress, titled "spleen pics from yesterday"

Some of you have sent me this potato, saying it looks like Benedict Cumberbatch

Whenever someone types ‘PMSL’, I always reply ‘MIOWYTT’, which is the acronym for "’Myself’ is one word,you thundering twatwazzock."

If you’re sad about being alone on Valentine’s Day, just remember that nobody loves you on any other day of the year either.

A woman attempting to take a picture at a hockey game in Sochi today. This may be one of my favorite pics ever.

Draw a Panda in 4 simple steps

Gays should have equal rights in Russia, says America, where you can legally go hunting for black kids. #DunnTrial

Here’s a pic of my thug brother. What gang is he in, you ask? The U.S. Air Force

Fact: 96% of all Internet searches in Britain end with ‘please’.

I am so hungry I could eat a cow sandwiched between two bread vans. With chips.

Which neatly ties in with my final thought: 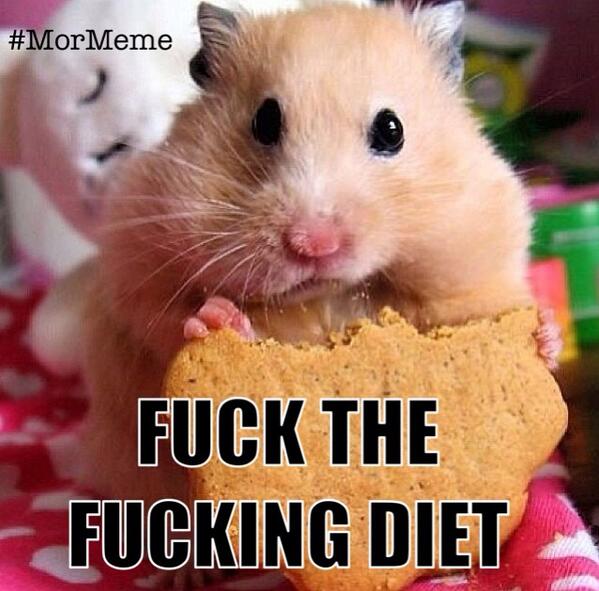