I applied for that Walkers Crisps job. They had me fill in a load of paperwork then come back for a driving assessment on Monday. Walkers are really strict. The guy said they were health and safety mad. Other places accept that shit happens, there they go out of their way to make sure it never does. Fair enough.

But this meant a really stringent assessment. I hate them at the best of times. I drive for a living, but having someone sat there watching and judging me freaks me right out. I was a bag of nerves on Sunday night. Though surprisingly I slept alright. When I got up I was a bit nervous but mainly just keen to get it over.

The assessment was first thing, at 0600. I passed. Yay! Then I had to sit through hours of Powerpoint. There was supposed to have been two of us there but the other guy didn’t show, so the assessor had to drag it out to fill the allotted time. I had to suffer death by powerpoint, after an ungodly o’clock start, and the relief of getting the assessment out of the way, and an onsite cooked breakfast. It was hard.

I  finally ticked all the boxes. (Incidentally, there was a test on driving/ working time directive, hours. Only 7 questions, –eg drives for 2.5 hours, other work for 2 hours drives for 2 hours, 20 minute break. Legal Y/N-  apparently I’m the first one to get all 7 right! Go me.)

Give me some work! Go!

Then the agency that runs the contract for Walkers workers, G.I. Group stepped in. They had to chase down my references. Not rocket science, you’d have thought. Pick up ‘phone, has he worked for you, is he OK? Job’s a good ‘un. No. Somehow Drivers Direct has to take a day or two to give me a reference. Though it took them less than half an hour to ring me and say if I needed any work they could get me shifts.

Then the guy who handles the accounts at G.I. rang me saying he didn’t believe that Think Accounting (who run my ‘Buck the Truck Ltd’ company accounts) were accountants, he thought they were an umbrella company and as such G.I. couldn’t deal with them. I kind of thought the clue was in the name, but rang them anyway. Yes, they are indeed accountants. Quelle surprise. And they work with G.I. on lots of their contracts. *headdesk*

A woman from G.I. just ‘phoned me. Yes, they do deal with Think, but I’d need to get a blank invoice template from Think, with my company name, my name, and address and fill it in with my hours/ rates for each week then send that in with my timesheet to G.I. each week, they would then confirm it and pay Think who would pay me.

Rang Think. No. G.I. are supposed to ring Think with hours and rates every week, Think then invoice G.I., who pay Think, who pay me.

I rang G.I., who asked for Think’s number and they are currently fighting it out between themselves.

My little brain is fit to burst. I just want to work and get paid.

Anyway, the good thing is; Helen (from G.I.) reckons this is their busiest shift, and if I’m available for 5/6 shifts per week I should get at least 4. They can’t recruit enough to fill that slot. Of the 4 drivers that were supposed to be starting only 2 turned up.

I desperately need to get to work.

This is my third week of no work. Heads/ Hermes said there were shifts available last Sunday, but with the drivers hours laws, and me having to drive for my assessment at 0600 I couldn’t risk it.

We have run up shitloads of debt with the tax bill and the car. Wendy is on half pay now (fair enough, really. She had 3 months full pay. Not many places would do that.) so I really need to get back to work.

Btw, Walkers is a dream employer by the looks of things. Agency workers get pay parity after 12 weeks service as the law intended, but as everyone got around by declaring us ‘self employed sub contractors’, they’ve just got a 2% pay rise (any pay rise these days is a miracle) and the full timers get 48 weeks paid sick leave! 48 weeks!  And the trainer was saying if the weather gets too bad they will call you up and order you back to base! WHAT?!  Ceva lads were getting stranded on hills in the snow last winter and told “wait for the gritter to dig you out, then carry on,” . Amazing.

This is of course all talk, which is cheap. The proof of the pudding is when I get doing the job.

The other thing from the last week is I’m back to sax-ing! Big whoopy-do! It has been eating away at me for months, but it’s one of those things that the longer you leave it the harder it gets to start again.

Plus, to be fair, I was training and working all the bloody time. You need to have a middle of the day slot to be able to practise. I’ve been slaving away for the last 5  or 6 days. I’m not that far behind where I was when I left off. ie, I’m still crap.

I’ve been keeping to the same tunes to get my timing right. That is the hard bit. Reading the music is easy, playing the notes is just practise, but jumping from three notes to a beat, to one, to two, and maintaining a rhythm, that is where it’s at.

I’ve started on some proper tunes today. Will You, by hazel O’connor, and Rhapsody In Blue by Gershwin. Now those are full-on tunes.

G.I. have just rung back! (Live action blogging, it’s the future!) They’ve thrashed it out with Think, I just need to send in my timesheet like usual. G.I. will tell Think, Think will invoice G.I. head office, who will pay Think, who will scam the tax man and pay me. To be honest, all past ‘usual’ was superfluous. I just want any easy life. Send in my timesheet, get pay.

Helen also said she’s handing my file to someone else, not the original guy, so I should be able to start tomorrow night now.  I think they’ve got the measure of him.

Tomorrow is Wendy’s big day as well, she goes in for her pre-op in the morning. Hopefully she’ll get her operation within a fortnight, now. We are desperately hoping that’s the case, anyway.

Today was the first day my leg wasn’t knackered. A Swedish Twitter chum (who is a Masseur) apparently correctly identified that I’d torn my solaneus muscle, the one underneath the gastrocnemus (obviously.) Seem it’s the muscle we use to balance and lock us in place (so we remain upright over rough terrain, as in) if you stand on your toes and your calf hurts, it’s that bugger.

But on to Twitter. There’s gold in them there tweets.

SLEEPER CELLS: ‘Romanian immigrants may have gone into deep hibernation to wait for a healthy economy’ warn MigrationWatch.

Almost a month, and still no Bulgarian has come to take my job so I can live the alleged life of luxury on JSA. Worried media may be lying.

Could we be intellectually honest and call those who whinge about the top rate of tax "Rich People" rather than "Business Leaders"? Ta.

732,000 people have attended foodbanks, 250,000 were children, chief of Trussell Trust said on Saturday. And Tories bleat about extra 5p tax

If there is 1 thing George Osborne prays you, the taxpayer, never finds out it’s this

The reason you need unions 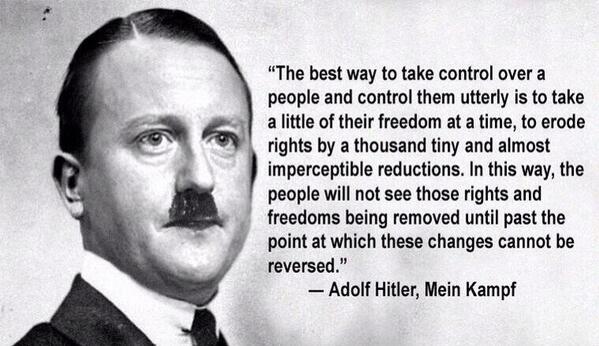 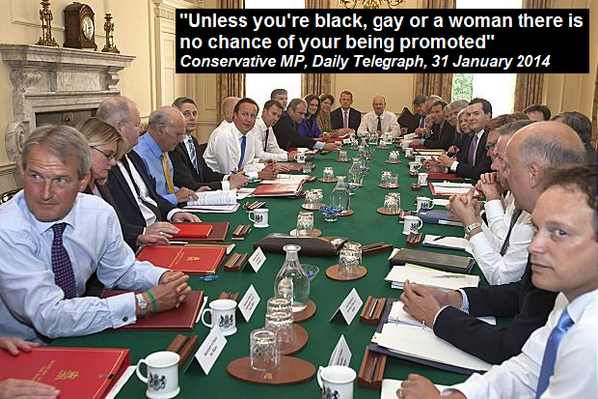 As the #EDL are marching in Slough today, I thought I would tweet this wonderfully irony photo again

A Woman should know her place!

Newspeak 2014: general secretaries elected by union members = "barons". Bosses of large firms who do not face any election = "leaders"

Shouts of "every mother is a working mother" from a group in the audience on live benefits debate!

"It is outrageous that London should be held to ransom by this tiny minority" says Boris Johnson of the RMT tube strike.

I never met my father. Knowing he was a top chef just rubs rock salt, fresh rosemary and a pinch of ground cumin into the wound.

Try and contain some of that Canadian rage, fellah. #downwiththatsortofthing #steadynow

This has to be someone’s first attempt at ever holding a tattoo machine. Presumably with their foot. And broken toes 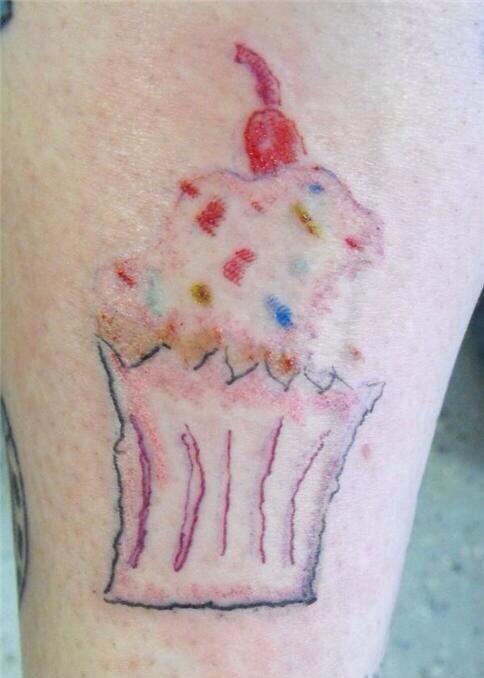 This guy put his name into Google to translate it into Russian. Tattoo reads "No Translation". Unlucky 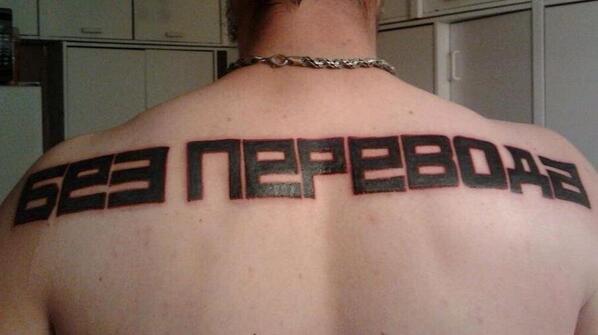 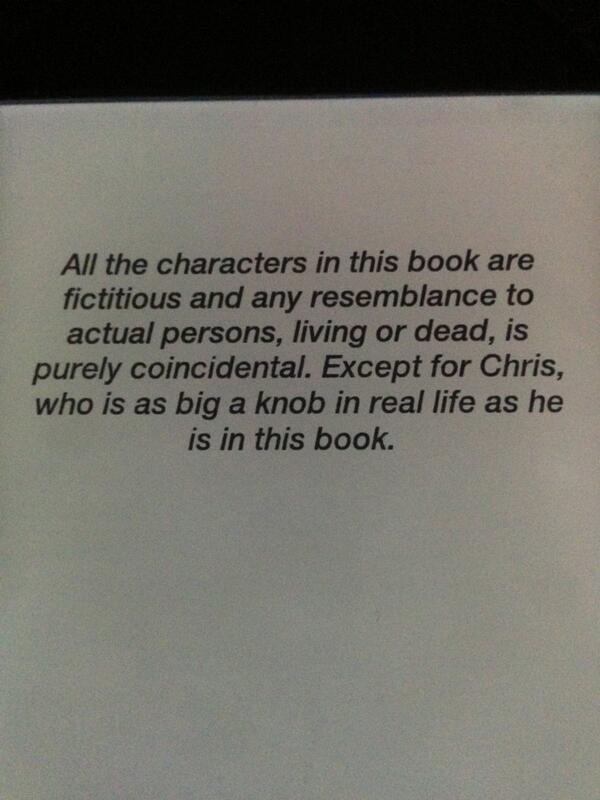 IDEA: People who think others ‘choose’ to be gay should be made to be gay for a week & have gay sex to prove it’s a choice. 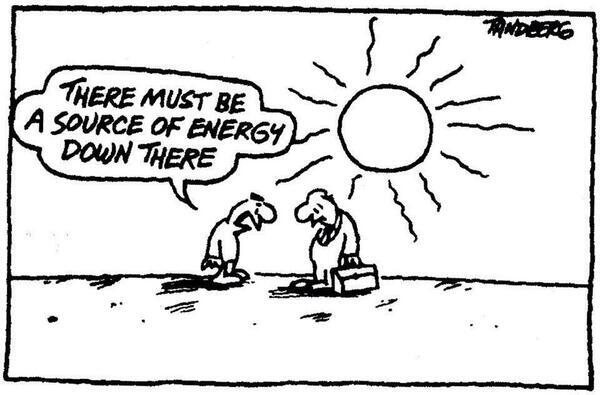 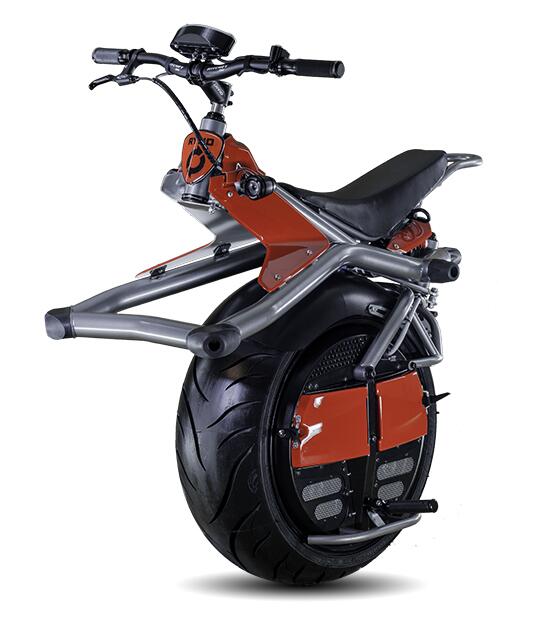 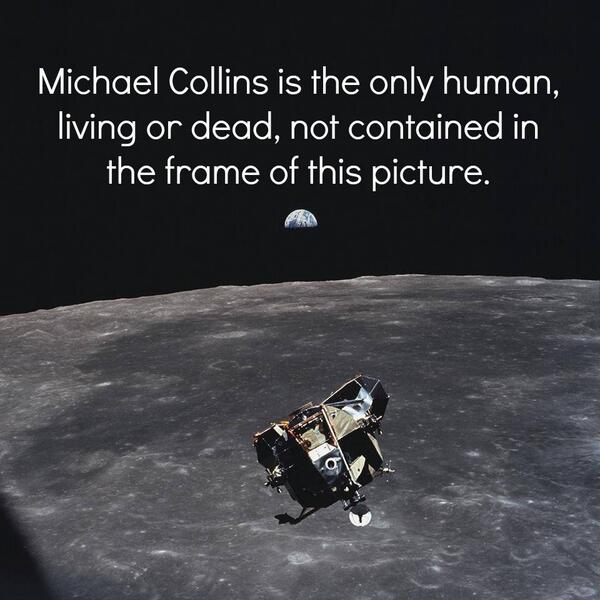 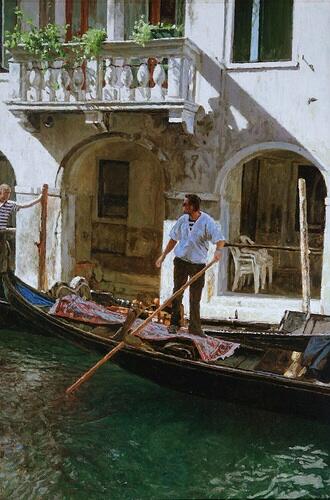 I’ve not been watching Big Brother but it seems the lovable racist, disablist, homophobic wife-beating misogynist will win. So there’s that. 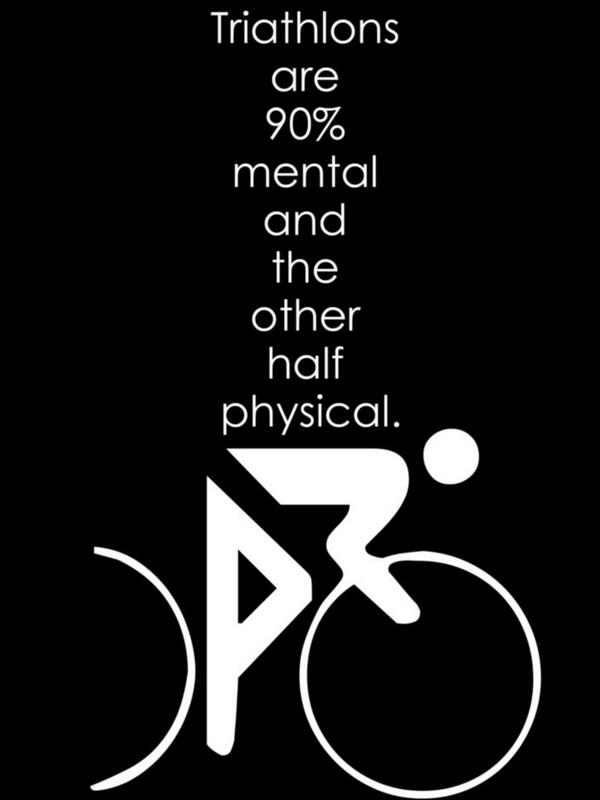 Kid you had one job not to spoil the photo

FISH FACT Despite their protestations, dolphins and whales are definitely fish.They look like fish and they live underwater. That’s science.

Ads are not even trying anymore

Children’s book you had one job.

My cat is sad because he called a faceless corporation and was told "your call is important to us", but it was a lie. 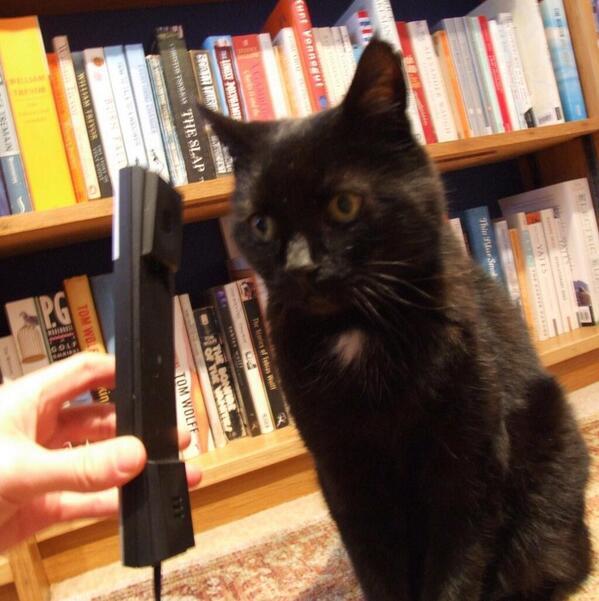 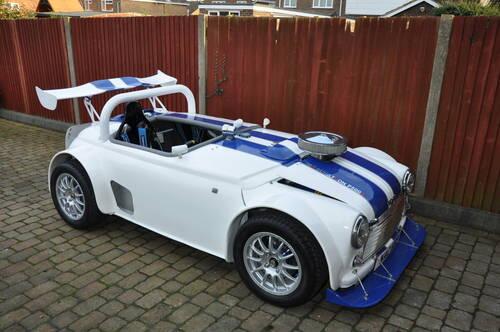 Hotel Fun: Reward terrible hotel service by doing this with your bedding just before you check out. 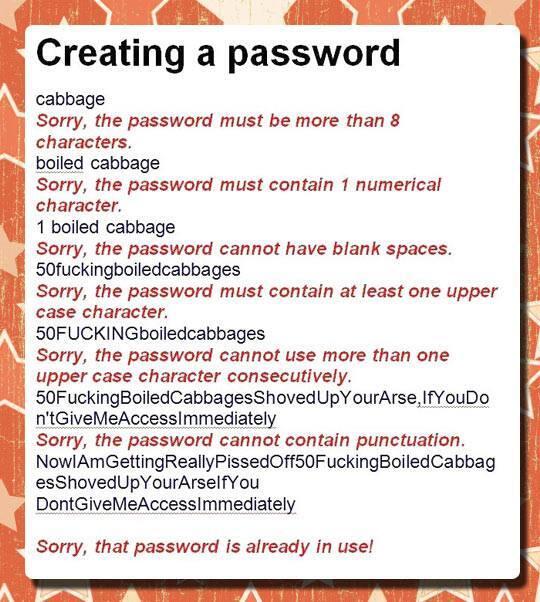 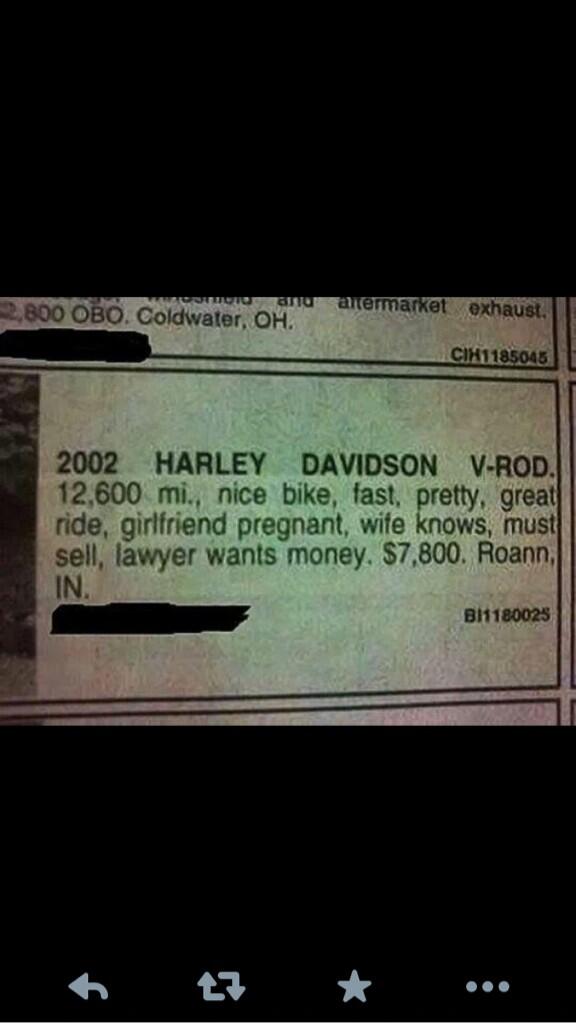 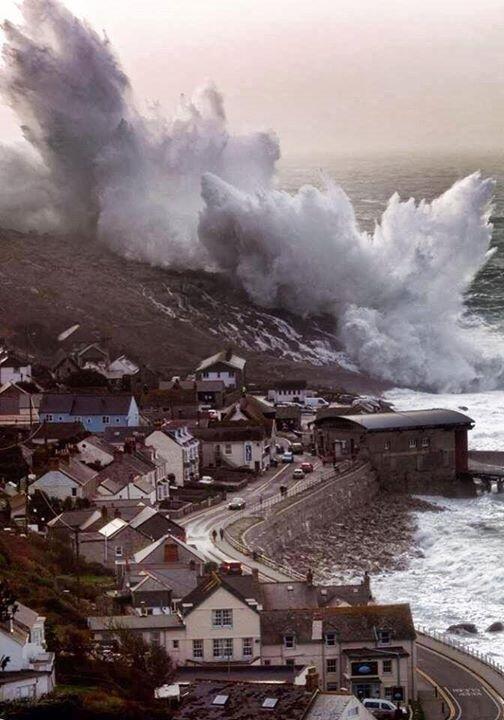 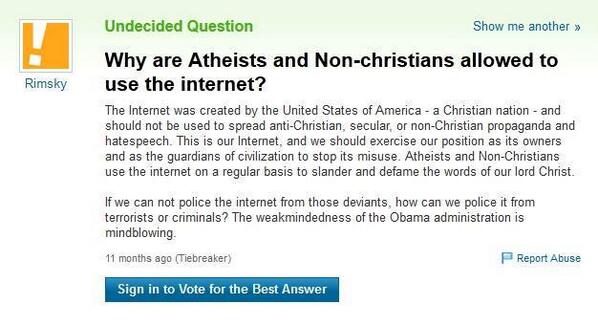 .@marksandspencer I am a loyal customer but one of your ‘mannequins’ chased me around like a flying demon 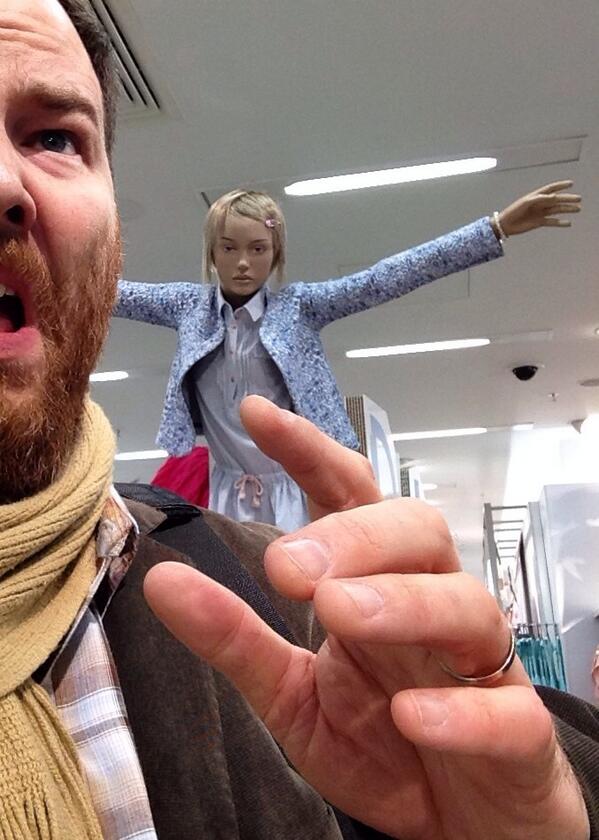 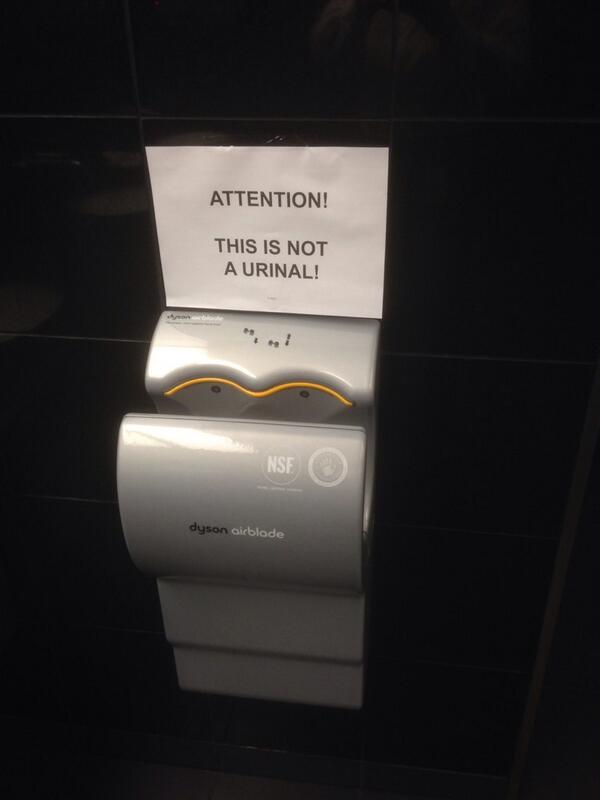 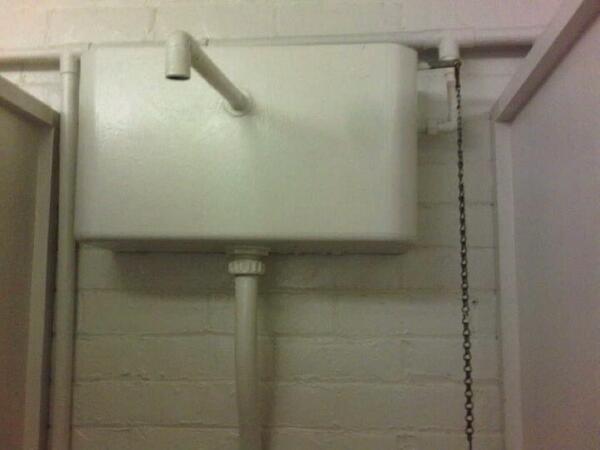 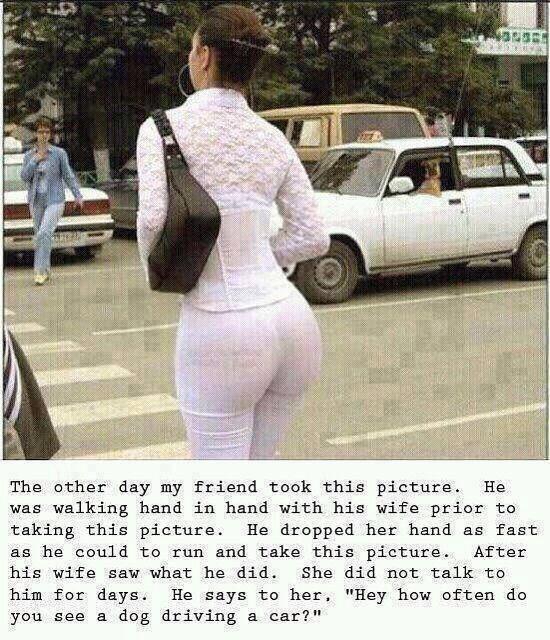