Wendy is on the mend! Yay! She had her operation but had unrealistic expectations of how minor it was going to be. The operation itself was around 4 hours long, the woman preceding her took 45 minutes, so it mustn’t have been plain sailing. Then they have to fill you full of gas to inflate the guts so they can make room to move about. Her guts were sticking out a bit and she’d put on 8lbs. Devastated. Then her wounds were a bit manky. Started having green puss and puking up and such. I told her I’d had worse and to stop being a mardarse. She went to the doctors and they said it was “infected” and she needed “antibiotics”. Pah, nanny state. Doctors, what do they know?

Anyway after that she soon started getting better. She’s on her feet now, did the shopping with me today and went to church. Her stomach was hurting a bit afterwards, but not crippling her like last week. She reckons she should be able to go back to work a week on Monday.

This is good as last week I only got two days work.

I’ve seen two jobs advertising for full time drivers lately. Neither particularly good jobs, with only OK money (compared to my current pay rate) but it’s the guaranteed hours that appeal. And a better start time. Long term, if I could get a full time job where I am, this is the job for me. I’ll have to wait and see how much work I get.

In other news, my masterplan to get my fitness back is working. I bought new boots for work, new supportive trainers for running, ran every third day to give my legs time to recover and ran off road to stop the stress injuries. It’s all worked swimmingly. By which I mean my legs are still working.

That was two weeks, now I’m trying to move it to running every other day for a few weeks. After that I’m back on for operation #10milesaday.

It’s not all been good. I’ve been wearing a hat to try to heat condition myself. I hate the heat when running, totally kills me. So the sunny weather of late, with a hat, have been tough. Also my fitness is shagged and I’m a porker. The long and short of which being I’ve been struggling on some days just to keep going for 10 miles.

Yesterday it was pissing it down, but it was a run day so I just donned a long sleeve top and set out. I’d forgotten the sun shines on the righteous, by the end of a mile it had stopped raining and I was dying from the heat again. *sigh*

As it was so sodden I did the 10 miles on my road course. Tougher for jarring on the legs (I could feel that pulling down the side of my shin again) but faster. By the sixth mile I realised I was still going faster than my first mile pace off road. And I had more in the tank. I pushed on a bit and did the last 4 miles at 7.45 (ish) m/m pace. That was stunning. By my shockingly bad recent standards. I’ve been dropping below 9m/m and only stubbornness has kept me going at all. As I say, it was my road course, which is apparently faster, but I knocked 15 minutes off my last run!

Not the same thing, but I don’t care, I’m taking it.

It’s sad that I should be so pleased with a 7.59 m/m pace over 10 miles. 8 m/m used to be my plodding pace, the one to which I reverted when I was too knackered to keep up a good pace or was going long. Still, I am where I am, and that is a good time for me at the moment.

Enough of my witterings, on to the whacky world of Twitter.

The DMreporter kicks us off as usual:

ALL GROWN UP: Teenage starlet flaunts her ample cleavage in sexy long lens beach snaps. More on this story as she develops.

SCANDAL: “Lego has been halal since 2003” admits beleaguered toy company.

SCANDAL: Is your dishwasher halal? How about your curtains? Maybe the garage? We sensationally reveal the secret Muslim items in YOUR home.

EXPOSED: How the Post Office has forms that can help immigrants claim benefits, get a replacement drivers licence or apply for a mortgage.

Then the boo-hiss world of Politics/ Tory scum (now with added UKIP, as brought to you by the BBC):

Maybe UKIP wouldn’t be so eager to turn the clock back if they knew that the past is a foreign country.

Don’t vote UKIP. Make the same political statement more powerfully by dressing as a lobster and defiantly nailing your head to the floor.

I can’t believe the Tories are ahead in the polls. It would take the Beeb consistently failing to mention the NHS privatisation or something

KIP up 80. Fascist knee jerk racists up 80 seats? Where did they get the votes? Tories down 77 seats. Utter coincidence.

Just to recap, the demoralised, demolished, annihilated Lib Dems have ten times as many council seats in London as surging, robust UKIP 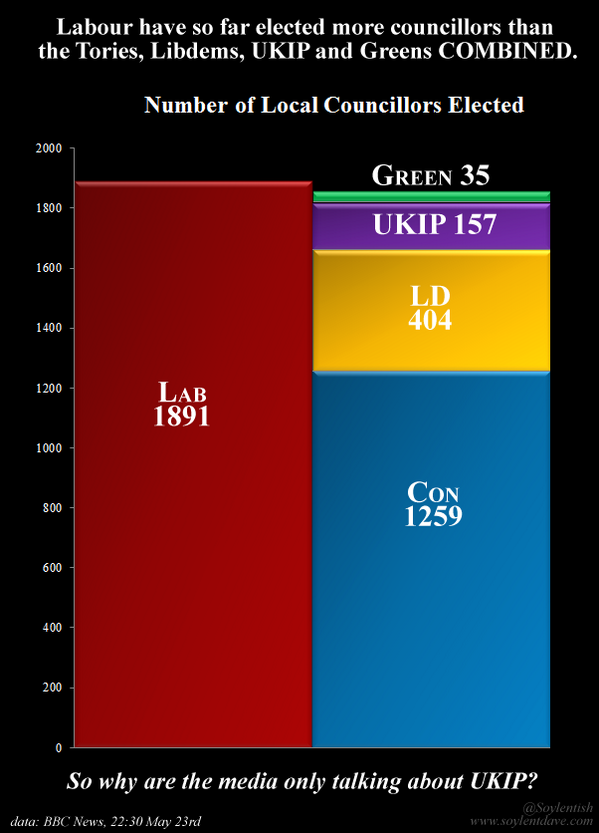 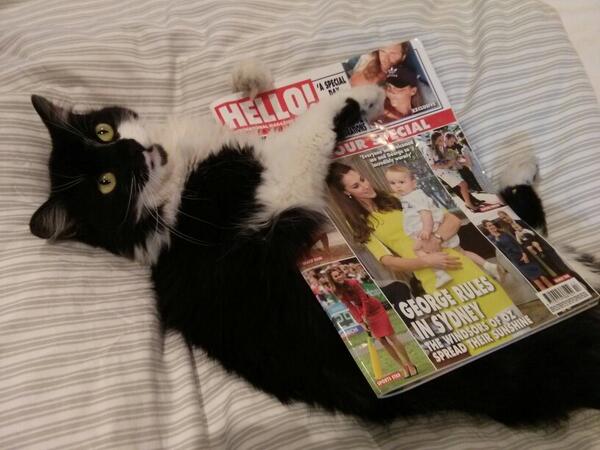 I had to do real life….I saw things twitter…TERRIBLE THINGS!! I have children..who knew?

This is why I don’t like Bear Grylls. Poor koalas.

For anyone who thinks cats don’t have a natural instinct for irony. 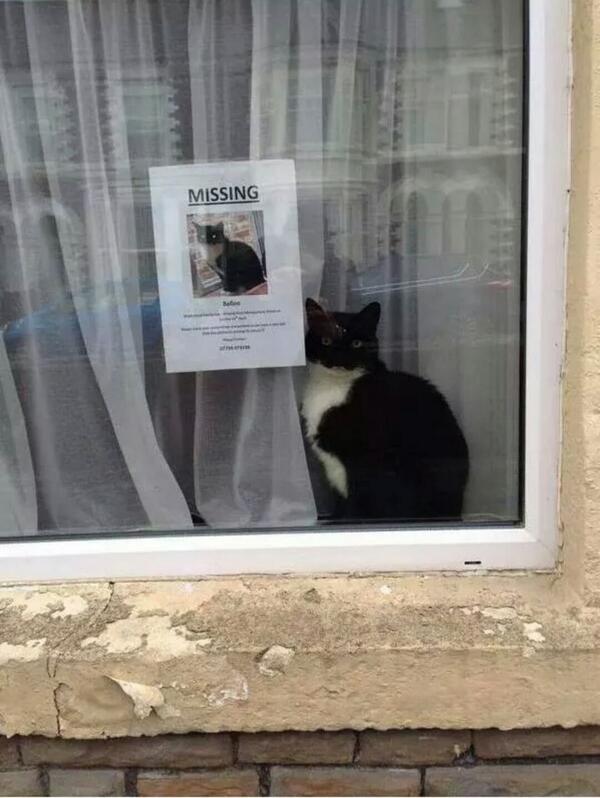 That awkward moment between birth and death.

I said "shit" and Tallis said "Only people over 18 are allowed to use that word. How old are you?" Bless his tiny fascist heart.

Oh it’s such a hard life for the man lion trying to keep his lady !

Me: It’s my new philosophy: you’re grafting in case I need to fight a lion.

Incurablehippie: You do realise, though, that if a lion arrives you’re fucked?

Me:A slight flaw in my master plan. Remind me not to move to Africa.

Inc: Or any closer to a safari park.

Inc: It’s many, many years since I’ve been to Knowsley Safari Park. I’m in.

Lor: If the lions don’t have him, the baboons will. Big buggers, them.

Inc: You in, Bucky? Twitter trip to see the lions? I mean… wildlife.

Me: Bring them on! *gonna need a bigger gun*

Inc :And we won’t insult your masculinity by doing anything to help ourselves

Lor: I’m gonna drape myself in lamb chops just to underline the point.

I expect the Sun and Daily Mail will be attacking Kosher meat any second… Any second…. Oh. Just Islam then? 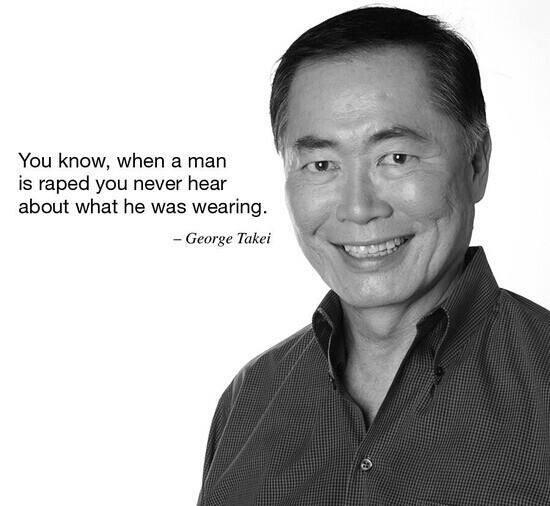 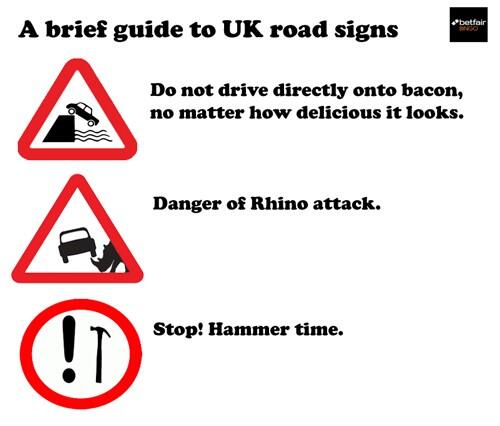 Well, it’s got the opium trade back on it’s feet, turned a generation into UK/US haters *and* empowered murderous warlords. #ftw

David Lunts, GLA ‘The amount spent on housing benefit since 2000 would have funded 1,000,000 new social homes’ 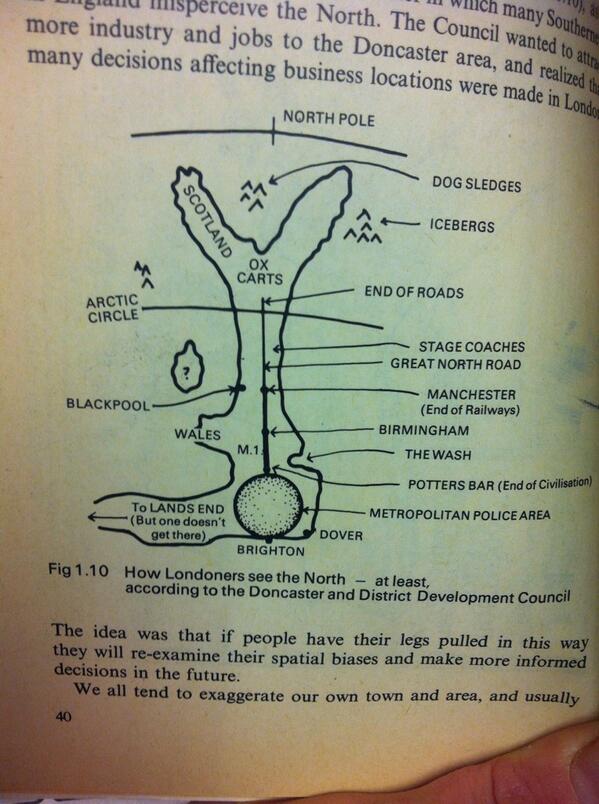 I’m sorry to hear that homosexuality makes some older Ukip voters uncomfortable. Maybe they should try a lubricant.

I don’t like morning people. Or mornings. Or people.

American dude on news "America currently has troops deployed in 100 countries." What empire? 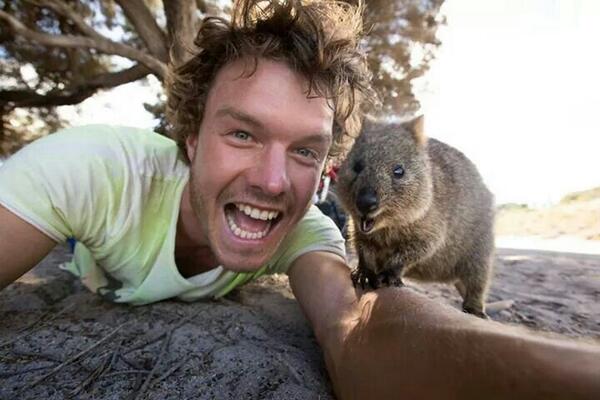 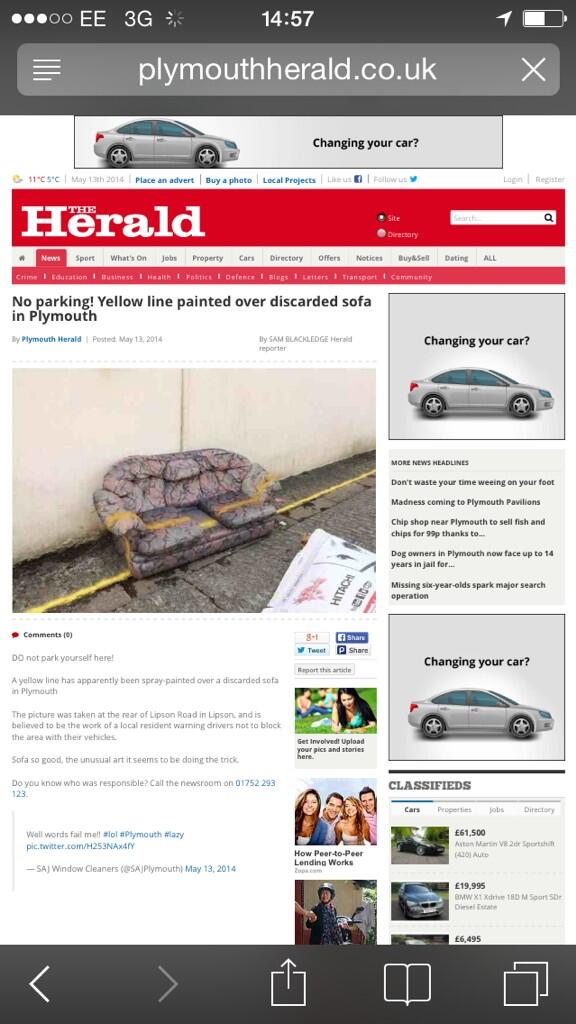 "Just whenever you get a minute" – Translation: "Now"

Things I learned in retail. Always say "Sorry for keeping you waiting", never "Sorry about your wait."

"Ted didn’t often discuss menstruation but when he did, he made sure women knew how they were doing it wrong." http://the-toast.net/2014/05/13/liberal-dude-erotica/ …

Disgraced former police chief gets criminal sentencing delayed for ~7 years to make sure he gets pension http://bit.ly/1lkocEN #PoliceWeek

Since 1945 the US has tried to oust more than 50 governments. The Pentagon runs "special operations” in 124 countries http://bit.ly/1mVLHpY

As a modern gal on the go, I have a hard time making personal medical choices. That’s why I vote for old white men to do that for me! 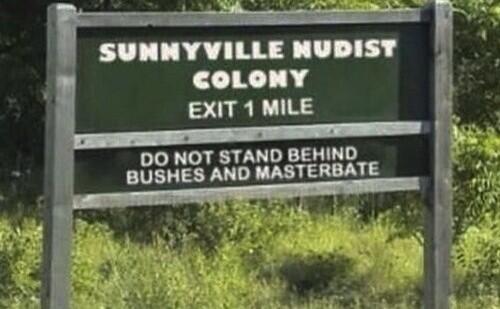 I have long wondered why ‘Owen Jones’ isn’t invited on to "Have I Got News for You?" With his famed sense of humour and ready sense of fun.

A glorious day. Limitless hope and potential. "I will do great things, today" you say as you approach the tube station. Good luck with that.

I deserve a MUCH greater sense of entitlement than the one I actually have. 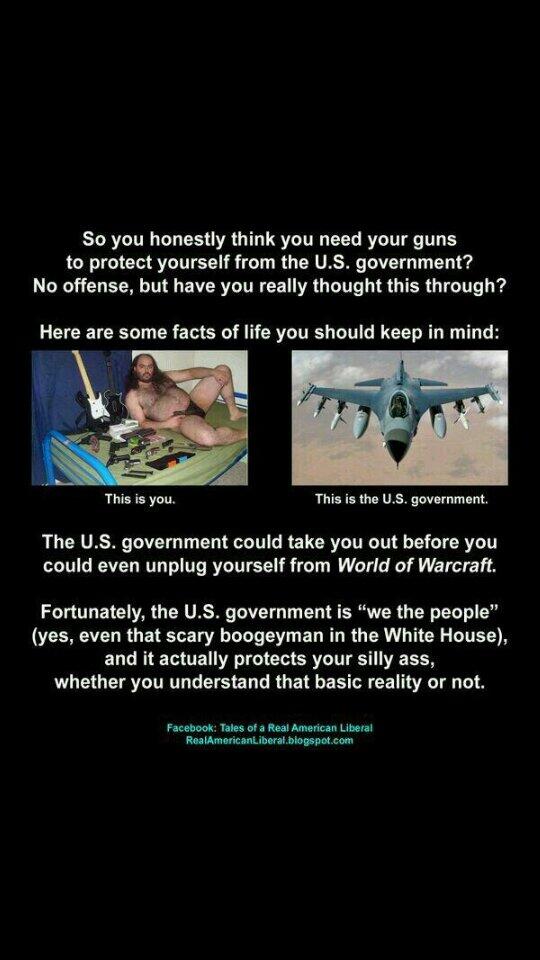 How Women Should Dress For Their Jobs, According To Stock Photos ow.ly/x1q6c

Bloody foreigners, coming over here wanting to know what love is

Can we stop calling it “the end of entitlement” and call it out for what it is? “The removal of rights”.

BIRDS. Stand closer together at dawn. That way you won’t have to fucking shout.

#SeaWorld is so shmaltzy it makes me wanna kick a dolphin. 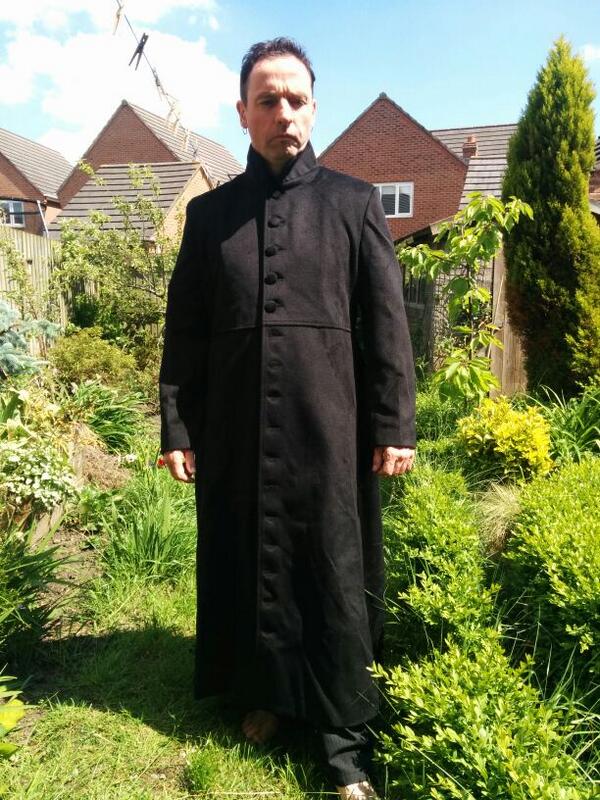 Looks better in the flesh.

#WhyImVotingUkip Its about time we sent the Librarians back to Libraria. You try to speak english to them and its all "Shhhh!"

I saw some dishwashing soap that claimed to kill 99% of bacteria. Now take out bacteria and put in white people. UNACCEPTABLE! #thinkaboutit

#WhyImVotingUKIP – because England should be for the English, like the Royal Family and Mrs Farage. #ohwaittheyreGerman

There’s a party in my pants… Unfortunately it’s UKIP.

The bible is 100% accurate. Especially when thrown at close range

Please note that if you’ve worked all your life and have recently been made redundant, you are still classed as a lazy scrounger.

#WhyImVotingUkip because Sanjay down the corner shop is charging 25p for Space Raiders when I know they’re only 10p. Robbing bastard

I will never get over the fact that Antarctica is round but only has a north coast.

Yet another unrealistic standard of beauty for women.