I’ve dropped out of every marathon this year. I’ve done one poxy half marathon. I’ve been suffering that much on each run lately (and failing dismally) that I was seriously considering quitting altogether.

I’ve been on and off for a week or two now. Dropping out of Chester marathon after that pitiful, failed attempt at a 20 mile run was nearly the final straw. I was thinking of obsessing about the sax for a bit and maybe take up video games. Seriously. I’d actually reasoned it out that I started all this exercise bollocks because I didn’t know how to kill all the hours that not drinking left me with, but that’s my life now and I could easily live it without the exercise.

Then the Ladybower 2015 50 miler was advertised open on Facebook. I read it but dismissed it as I’ve committed to so much this year and it’s all been a bust, and I was thinking of quitting. Then I read they were limiting the places to 75 on the 35 mile race and 75 on the 50 miler. Going to go fast. Only £30.

Fired by this one last make or break fling I went out for a run yesterday. I just did a 10 miler. My form has been so pitiful lately that I started off tentatively, expecting failure. The first mile was easy to warm up, looked at my watch 8.07 m/m, not too shabby by current standards. I let it slide into the 8.20’s then at 6 miles tried a new app, (paceDJ, it sorts through all your songs and only plays the ones that are at your correct running pace, like the drummer on the slave galley’s but not so much fun) blasted the next mile in 7.31. Again, in the grand scheme of things not great but at current levels a minor miracle. I’d left it late but thought I’d try and pick up the lost time in the last 4 miles and bring it back to a 8m/m average. I kept it well under 8 and the last mile was a 7.32. I finished less than a second a mile slower than 8.

I was buzzing. I used to think 8 m/m was my Forrest Gump pace, the natural rhythm into which I fell when I wanted to grind out long distances and wasn’t pushing it. I have to judge my run on where I am at the moment, and that was a hell of a valiant 4 miles.

As an aside, to put my negativity into perspective, when I started running those years back I was advised by a twitter chum who was a runner about cold showers on the legs, pacing and such. I’m moaning that I can’t even do a marathon, she’s just done her first half marathon, accomplishing her two goals for the race; a sub 2.30 and not to walk any of it.

Well done her, not knocking her, but in all modesty I have done a bit more. She’s a black belt at karate and runs fitness classes so she’s overachieving in other areas.

Anyway, I did that 10 miler yesterday and started my diet again. I burned 1,179 calories on the run. This morning I got up, had a slice of toast, then set out to do a 15 miler, burning off 1,767 calories.  Piece of toast being what? 150 calories? It was pure stupidity. By the 13th mile I had absolutely nothing left. I had that weird sweat going on and the post hitting-the-wall shuffle. I did the last 2 miles on pure will power. I came in, had cereal, a shower, then just lay down. It was beastly. The thing is I do it every time I start a diet. Then forget in between.

That was totally predictable and completely avoidable. Stupid.

My plan now is to repeat one week from my marathon plan (rest, 6m, 9m ,6m, rest, 4 mile, 20 mile long run.) Strangely doing little distances frequently really builds your fitness. I started it a bit enthusiastically, 10 miles then long run of 15, but if I stick to it and just keep adding 2 miles to the long run each week I can see that working. This time I am going to train to run the full 50, last time I trained as it said online, run 20 minutes, walk 5. Others didn’t bother. I only did two marathon-plus training runs, this time I want a few months of 50 mile runs. Even if you are pretty fit, as I must have been, after 40 miles it really takes it’s toll. It’s misery, in point of fact. I want to train past that.

Which is a hell of a long winded way of saying I nearly quit but now I’ve got my mojo back.

In other news the job is groovy. The set week and regular two days off are a thing of beauty in the (agency) lorry driving world. The hours could be longer but hey ho, swings and roundabouts.

Some lorry driver didn’t come home the other day. Saw his unit, folded neatly half way up. Two dead, shut the motorway. Not fun.

I’ve fixed the indicators on the bike, proper flash rate now.  And it’s still lovely. I’ve found an online shop that sells cafe racer kit, such as leather jeans and open face helmets. Now I’ve found them it’s a matter of when not if. Also I’ve reworked the gate fixing, we had a real strong wind and it nearly tore it off it’s hinges. It’s now bombproof but it take me 10 minutes to get the bike out. Still, no way on this Earth am I leaving it on the front.

In super wonderful news, we had a Labour guy come around to see if there were any issues locally, I just said “I’m voting Labour” took the leaflet and shut the door. Politely. Wendy bothered to read it and noticed it said they’d resolved the local broadband issue. I immediately went online to the broadband area checker and it’s true! Upgraded immediately. As of the 22nd we are going from 3Mb/s to 75-80Mb/s! *does Snoopy dance*

We are about to see the Promised Land of Infinity broadband!

To Infinity and beyond!

Oh, and I’ve got some (£2.99) steampunk sunglasses and I’m trying my hand at a spiv pencil moustache. It’s a work in progress. 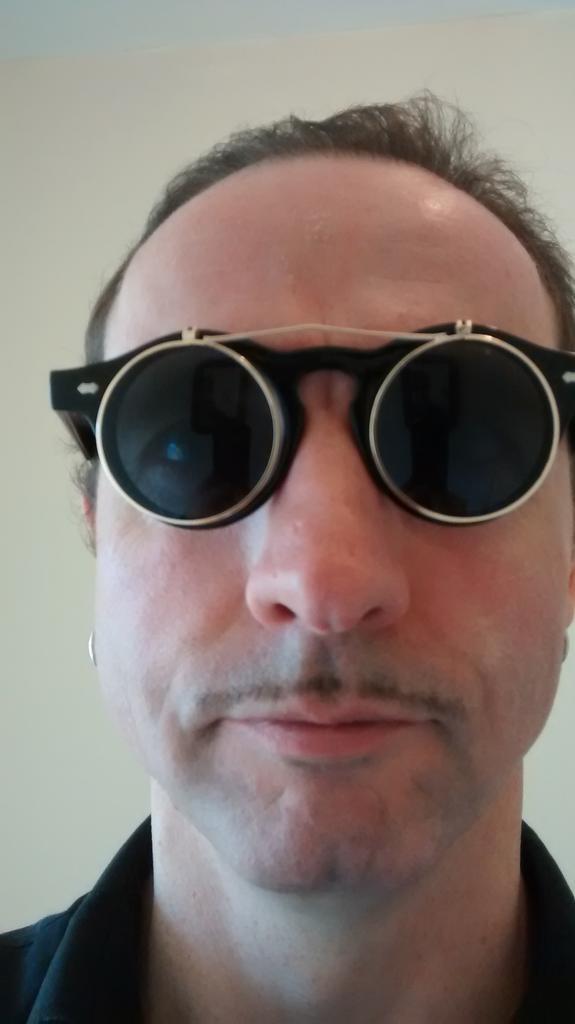 PARENTS: Is your teenager moody, argumentative and often out with their friends? ‘They’re almost certainly on heroin’ warn experts. 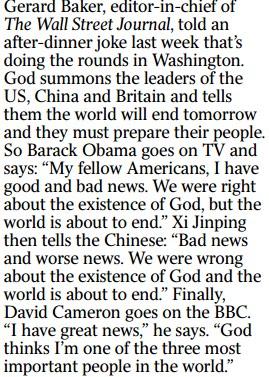 The next time someone asks you, "So what would you cut", point them in the direction of £85bn corporate welfare bill http://www.theguardian.com/commentisfree/2014/oct/06/benefits-corporate-welfare-research-public-money-businesses …

I know I was very lucky to have access to a greengrocer who sold stuff cheap at the end of the day. But I couldn’t have used #scroungercard.

Libdems are making promises. Oh, well, I’ll take that shit to the bank. 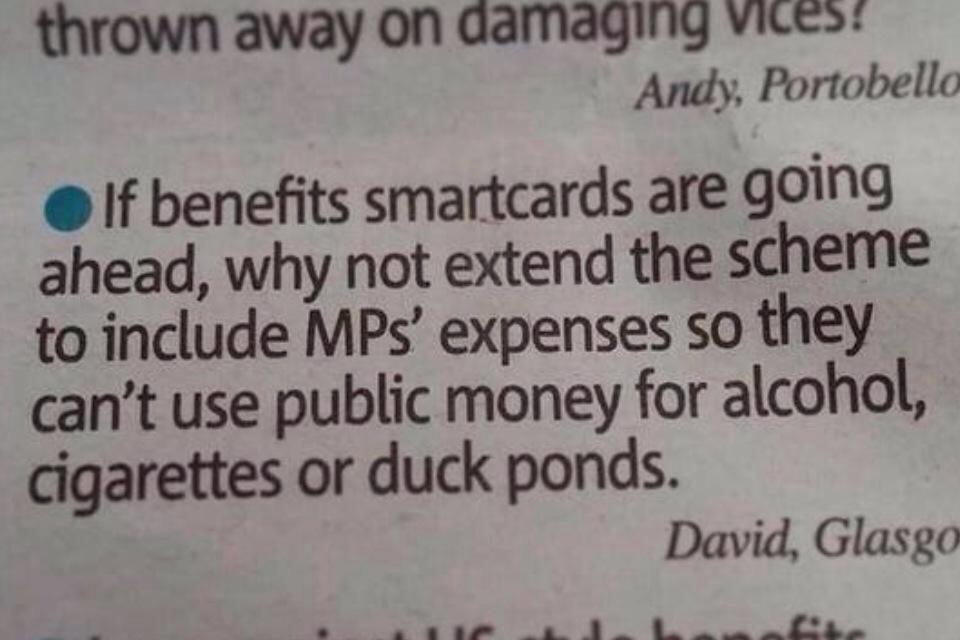 So now that UKIP have their first MP, will they finally get as much media coverage as the Green Party?

So Clacton has elected the same person, with the same views. And this is because ‘the people want change’. Right, got it. 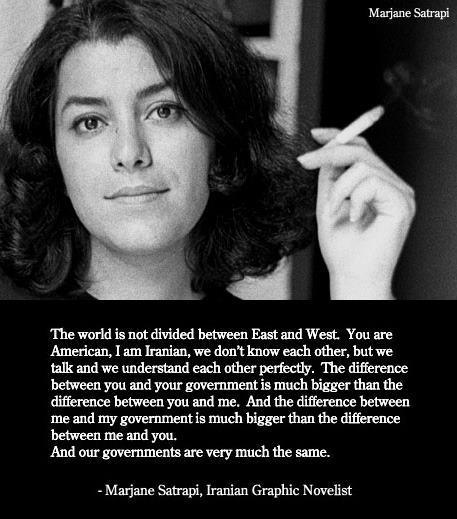 My cat is sad because my other cat wears a Batman mask and has never revealed her real identity to him. 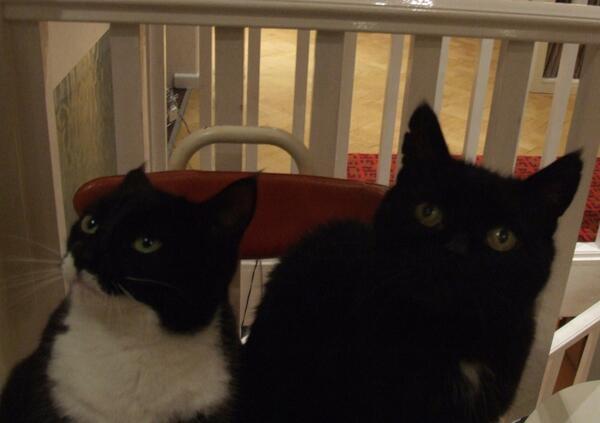 The Sun wants to bin your Human Rights. 3 days later, the Sun makes a official complaint demanding their Human Rights 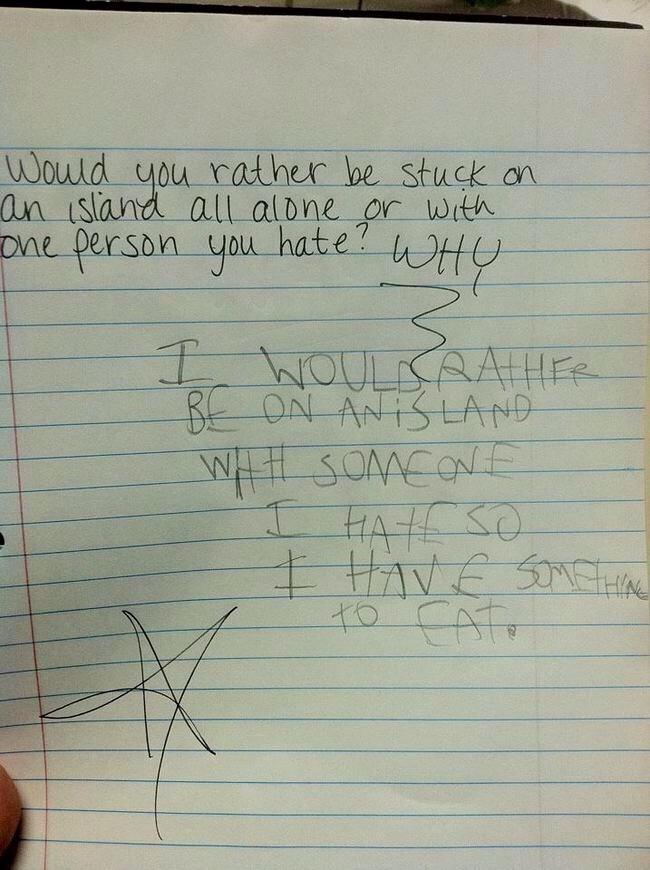 People often ask me for advice about their life goals, relationships, etc, and I explain: 1. I’m a florist 2. I couldn’t give a monkey’s.

ISLAMIC STATE. A better propaganda tool would be to rebrand as the "Young Muslims Caliphate Association".

The wife and I just got divorced. We split the house………I got the outside.

War is a quarrel between rich thieves too cowardly to fight their own battle. ~Thomas Carlyle

Looks like Papa bears not a fan of Asians.

large corporations should have tax credits paid to their employees deducted from profits, as George would say its only fair 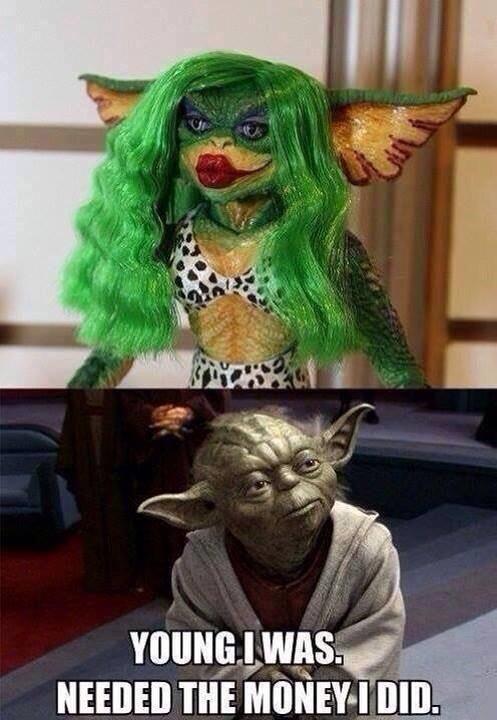 Mercedes is building a self-driving truck that’s going to change the future of shipping http://wrd.cm/1EpKiSZ

How to draw a horse. 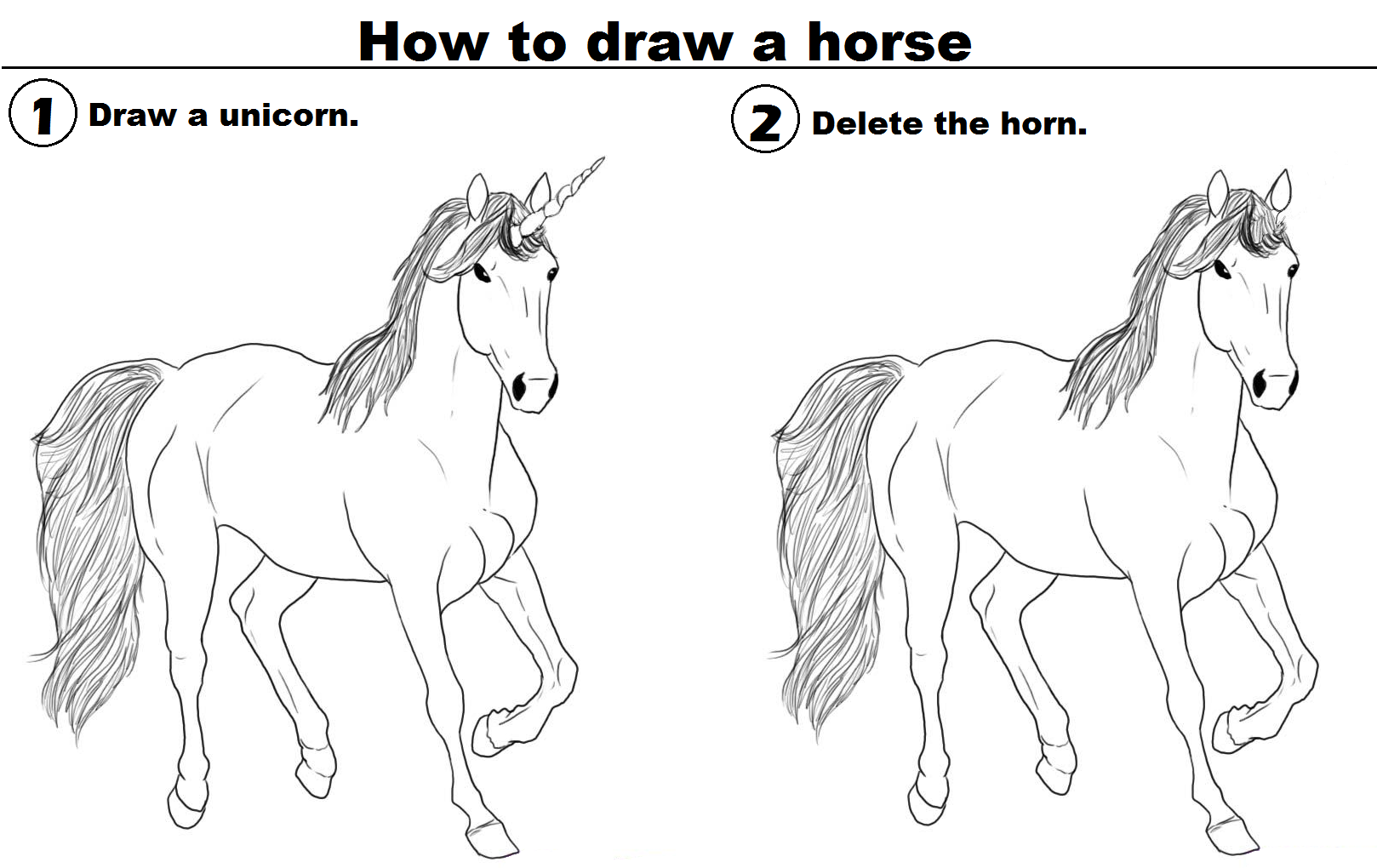 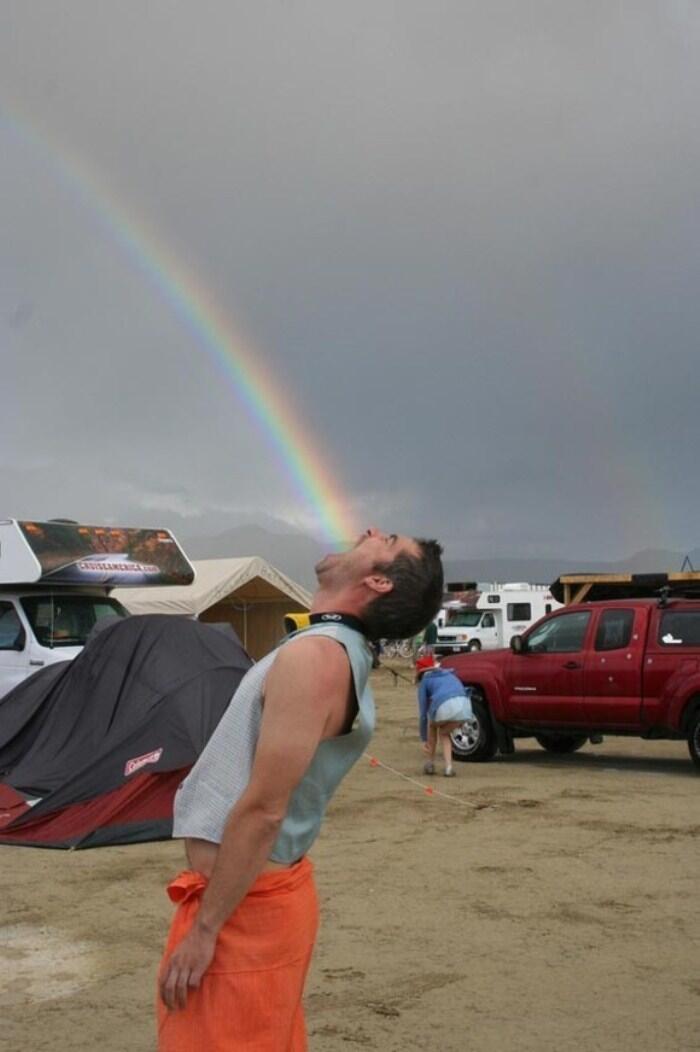 Man tries to attack 14-year-old girl from behind, she beats him up with martial arts skills http://ind.pn/1w967QN 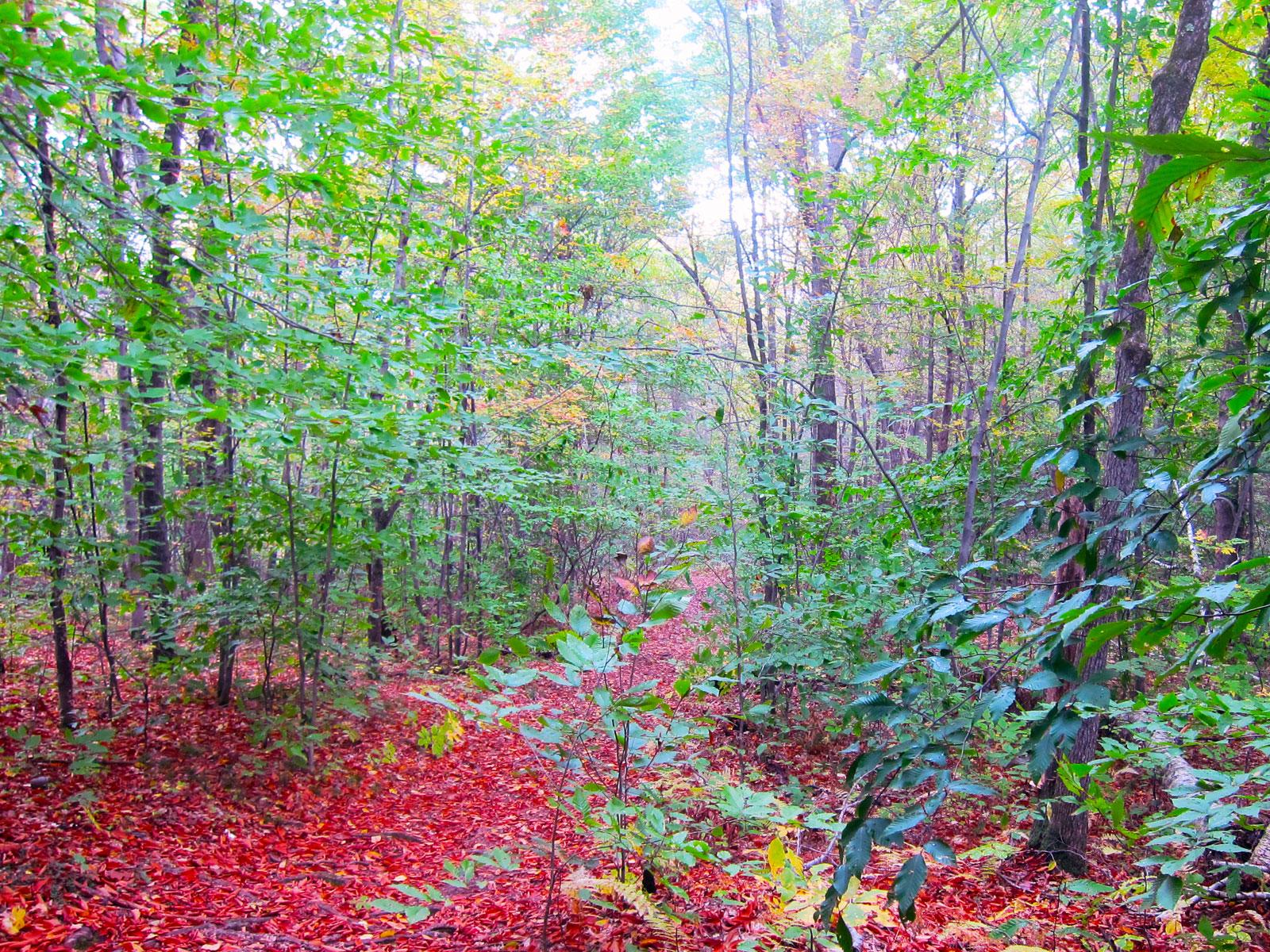 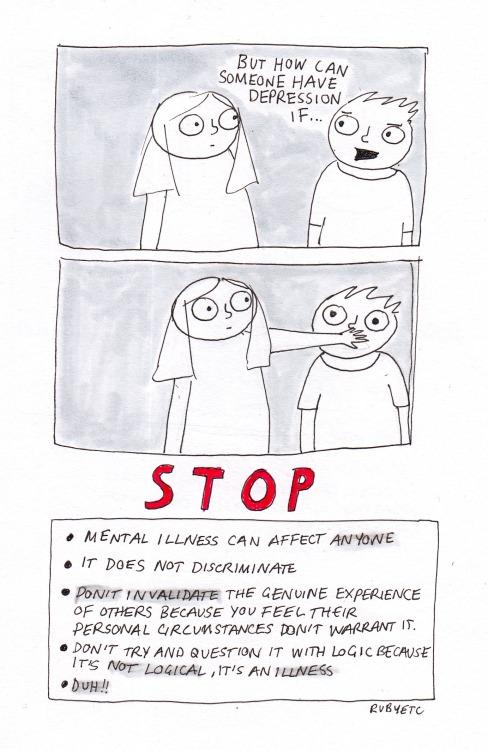 This is what happens when you adopt a dog

Me: What did I tell you about being bad?! 4-year-old: Don’t leave any witnesses. I guess she does listen.

A handy guide to avoid any confusion in the future. 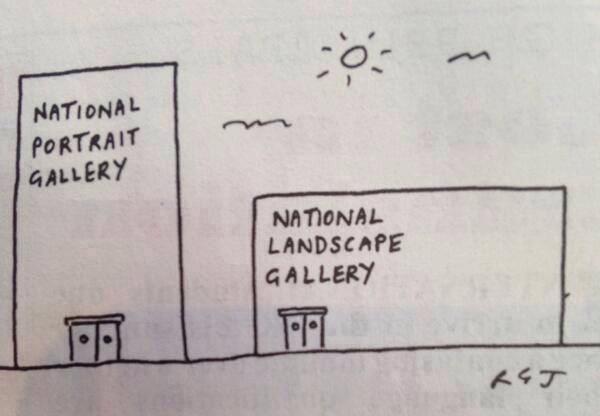 4 Beatles on a zebra crossing 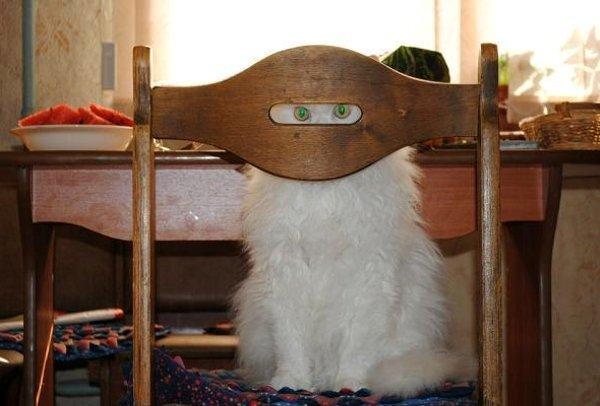 Looked up Marine Animals. Was not disappointed.