I’ve been having tech issues of my own devising.

I read a post by Anonymous (the loosely affiliated hacker collective) on how to set up an encrypted, hidden partition in your computer and use an external Operating System (OS) boot on a USB. In other words, if you start the computer normally it will go to Windows as usual. If you plug the USB in you can start it in the sneaky encrypted bit. And unlike,say, a clever password, if you destroy the USB no amount of torture could make the encrypted part work.

It’s totally pointless for me, really. I’ve got bugger all in which the security gestapo of the NSA or UK equivalent would be interested, it was just a token gesture to Stick It To The Man.

So, the scene is set. Me (muppet) read an article by Anonymous (clever buggers) which was a step by step guide for beginners and eejits, decided to be down with the cool kids and set it up. Can you see where this is going yet?

I was halfway through the install, I’d formatted and encrypted the 500 GB of memory, it took 16 hours just to wipe it all (I don’t know, something about being able to infer stuff off the overwritten memory otherwise) then I realised the guide was saying there were 2 options. Install most of the OS on the PC and just the boot on the USB, or put everything on the the USB. The latter being the easy option. I’d been setting it up in the former mode. Balls. I decided to cut my losses, pull the USB, restart the PC and wipe the USB and start again. Now can you see where this is going?

I pulled the USB out, restarted the computer, black screen.

Turns out I’d somehow destroyed the Windows boot and possibly OS, but hadn’t completed the OS or boot on the USB. Nothing. Nada. Not an electronic sausage.

The wifi and such was still working so I tried to download the drivers on my ‘phone and transfer them across. Not knowing which drivers I needed that proved impossible. I wanted to let the PC find it’s own and update (their is a free download called Driver Booster 2 that will scan an auto update all your drivers) but no internet, ‘cos no drivers, no drivers ‘cos no internet.

I finally worked out that I could use a wifi dongle to connect to the internet to get the PC to do it’s thing. I put it to Luke and he suggested tethering my ‘phone and using that as a dongle. Genius. An hour or two later and I was back to square one, a blank slate PC. Then I had to download and install 156 Microsoft updates. Then I realised I’d lost everything. My settings, my bookmarks, my music, and worst of all, my pictures. Including all my sporting ones and our wedding photo’s. Oops.

Thankfully when Luke did out wedding photography he made us a physical photo album as well as a prezzie, otherwise I would be blogging this from the shed.

Then my ‘phone suddenly started turning itself off. This is very not good as I use it as an alarm clock, amongst other things. I was out when it did it again. I googled possible problems/ solutions, and came back with a factory reset. Put everything back to brand new settings, as in.

Without thinking it through I gave it a go. It seems to have worked but it’s wiped all my music, pictures, etc off the ‘phone.  D’oh!

In none techie bollock-dropping news; I’ve had two weeks of no runs. Instead I’ve been porking out on cream, cakes and biscuits. As ya do over xmas.

We were doing stuff on New Year’s day, but on the 2nd I went out for my first run in, seemingly, ages. I set off and was surprised to be doing about 8 minute miles. I just did an 8 mile run but averaged at 8.02 m/m. Which by my current standard is pretty damn OK. The day after, yesterday, I only did 6 miles in anticipation of a big run today. But I averaged at 7.50 m/m. Curiouser and curiouser. Second day, tired legs, after a ‘fast’ run, it should have been slower, not faster. Odd. I put it down to the fact I’d been doing pack runs previously, those two were without.

Today, after 2 fast runs, I went out to try a 20 mile pack run. And I just trotted the miles out. I did a 12 mile lap and was planning on doing an 8 mile one (4 out, 4 back.) Up until 3½ miles into the second lap I felt so great I was going to add another mile to the ‘out’ to put it up to 22 miles. Then it hit me hard, so I just did the 20. But I was banging the miles out without a thought up until then.

I don’t know what’s going on. In theory, after a lay-off and pig-out I should be loads slower. And it should have been hard and miserable. It was a bit miserable in one respect. It was 1 C maximum temperature today, the paths were still frozen and slippy, and my run took me an hour or so into darkness, where it was considerably colder. I did it in shorts, a compression (sleeveless) vest and a short sleeve top. My arms are still tingling.

Oh, also I get a ball of wind sometimes. I don’t know if it’s the actual running or the slurping of drinks with energy powder in them on the go, but it knocks me sick. The post run nausea today was fair epic. But as for the run itself, most of it was effortless.

Work has been constant, but worryingly this is the first week where I’m only on for 4 days.

Luckily I have had some good wages as this week the washer gave out. It’s been leaving the washing wetter and wetter so we had to blast it on the radiators to dry it before it went smelly. Then it did a wash that actually came out smelly. I’ve ordered us a new washer and a separate tumble drier. Go us! Welcome to the 1970’s!  Also, something of an impulse purchase, bought a sound bar (external speakers for the telly). It seems that flat screen tellies, due to their slimline nature, have no room for decent speakers. We’ve been making do, as I thought it’s a lot of money and how much difference can it actually make? Shitloads, as it turns out.  I saw two sound bars in Sainsbury’s both with £30 stickers on them. One 10 watts output, the other 80 watts. No brainer. Then I realised the 10 watt was half price at £30, the other one was £30 off, still £69. Wendy never has the telly off so I splashed the extra for a decent one. Bit suspicious of the £30 off, they never are the supposed price, but then I went in to Asda and they have the same one for £99! So, bit of a win there.

That’s it for splashing the cash though, painful MOT for the car this month. And we have the rest of the card to clear, and I’m not sure how much work I’m going to get, it being January and all.

The bike is still lovely. That icy spell was a bit of a challenge though. Lost the back end once which got my attention.

Enough of my drivel, what of Twitter? Glad you asked.

YOUR COMMENTS: Women ‘get pregnant at Christmas because they forget to take the pill…’ 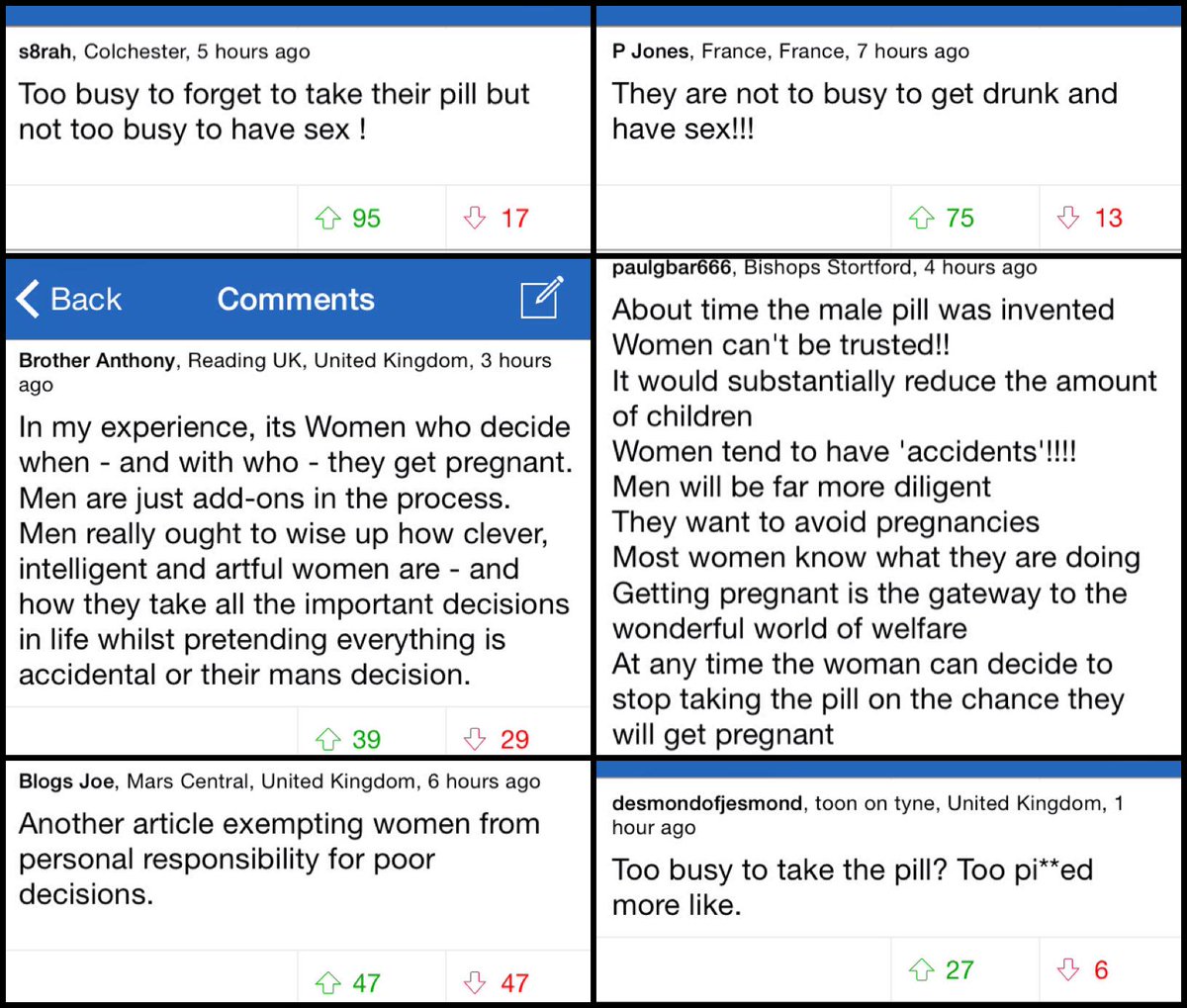 DAVID CAMERON: "Happy new year to some of you."

SHOCKING: Fury over EU diktat which makes being white and English a hate crime.

Is the Ukip candidate who claimed a gay donkey tried to rape his horse the one kicked out for saying crazy stuff, or is that another one…

Ukip’s John Rees-Evans has hit back after being ridiculed for claiming a gay donkey tried to rape his horse. "neigh means neigh", he said. 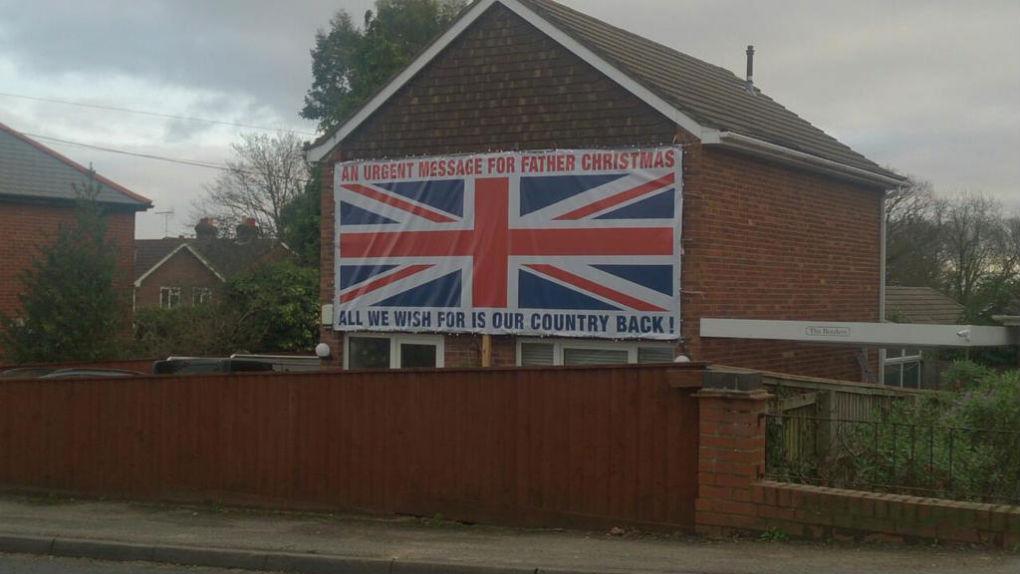 Former MP Julia Goldsworthy: "For first time in generations, Lib Dems will be campaigning on our record in government." Good luck with that.

George Osborne wants to cut UK Spending to 1930s levels. I wonder what advice this lady (1935) would give to him? 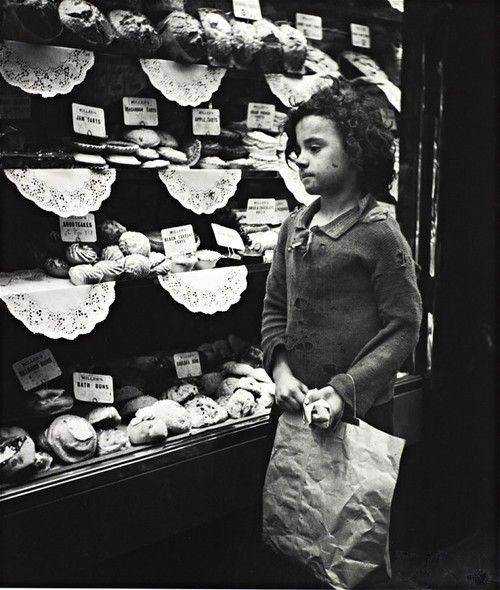 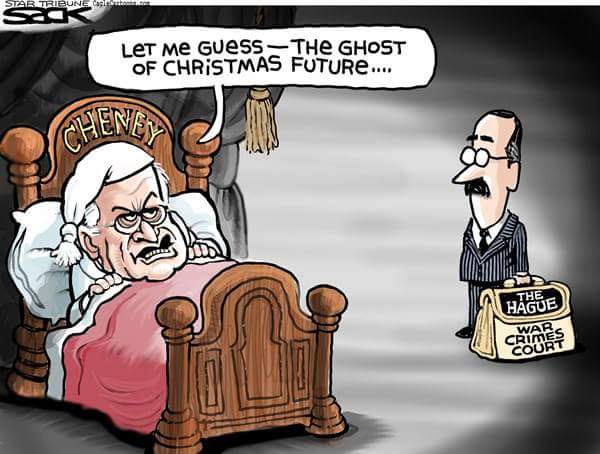 In other news, white guy with two weapons shoots into Philly bar, is disarmed by police and arrested

Woman shoots up neighborhood, aims at police, but still alive thanks to the ultimate body armor– white skin: http://www.timesfreepress.com/news/local/story/2014/dec/28/womshoots-hixsneighborhood/280032/ …

Two cops, wearing bodycams, shoot a guy. Chief refuses to release video on ‘privacy’ grounds. What is he hiding?

The Times named Nigel Farage ‘Man of the Year’, which amused and enraged in equal measure.

Julian Clarey tweeted: Apparently @thetimes are naming me as Heterosexual of the Year. Bold.

Think on that. An Ebola outbreak in the UK if Tories get in. Nurse: Guts liquefying, shitting blood? sorry, you’re maxxed out on credit card 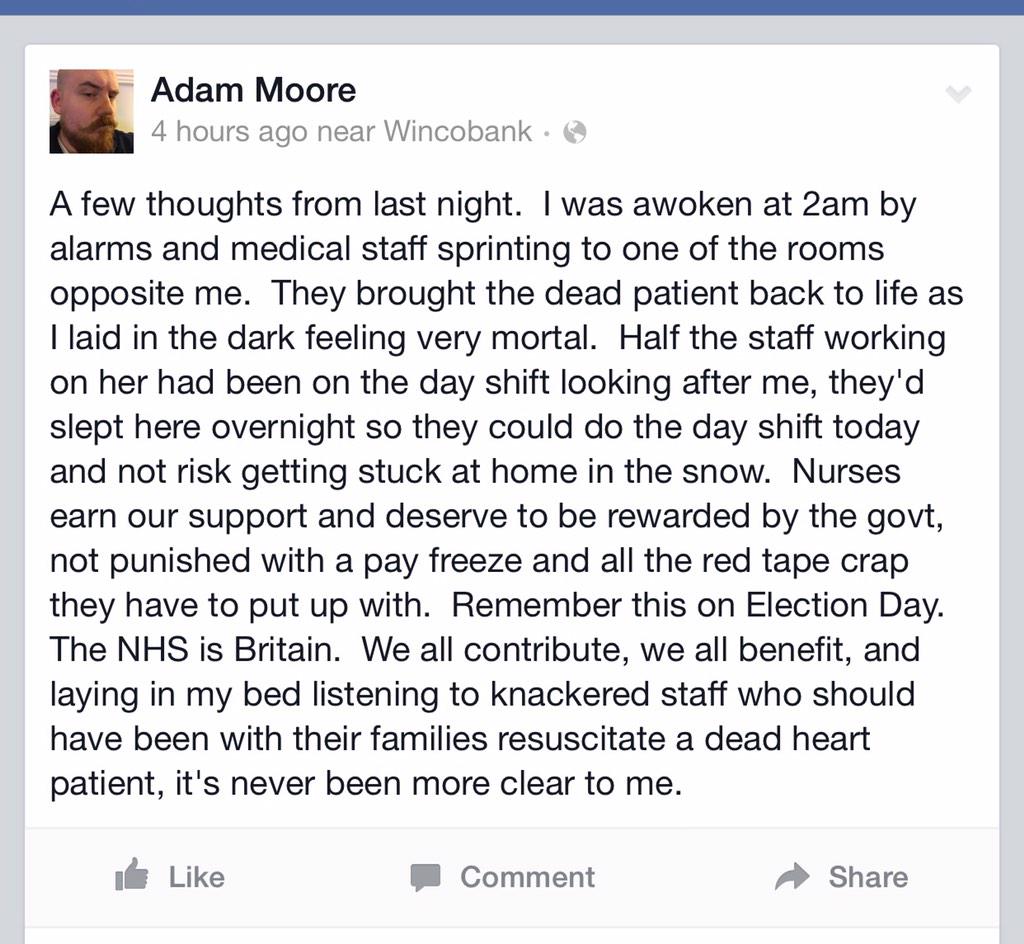 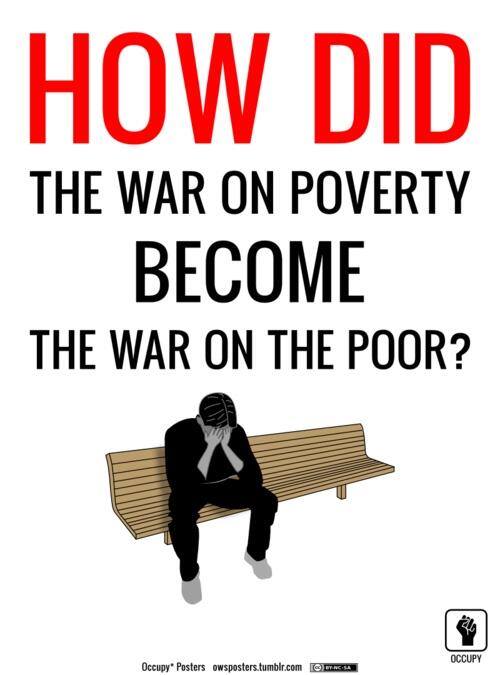 Looking for a festive scented bog spray. "Essence of gin and despair." The very thing.

Very cool. A competition for atheists to rewrite the Ten Commandments has produced this list 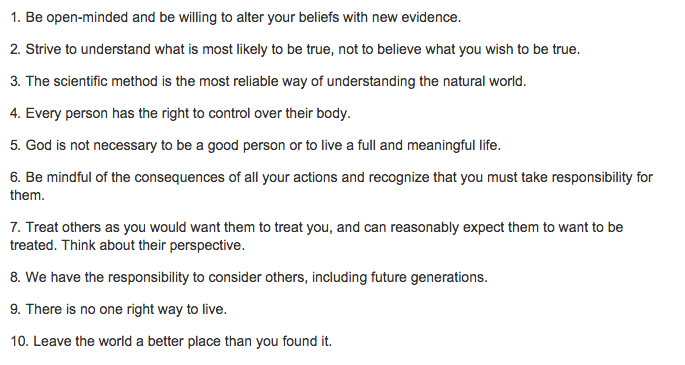 Bin night a day early and not a single item in the bin. Bittersweet.

And now I want a pandadog 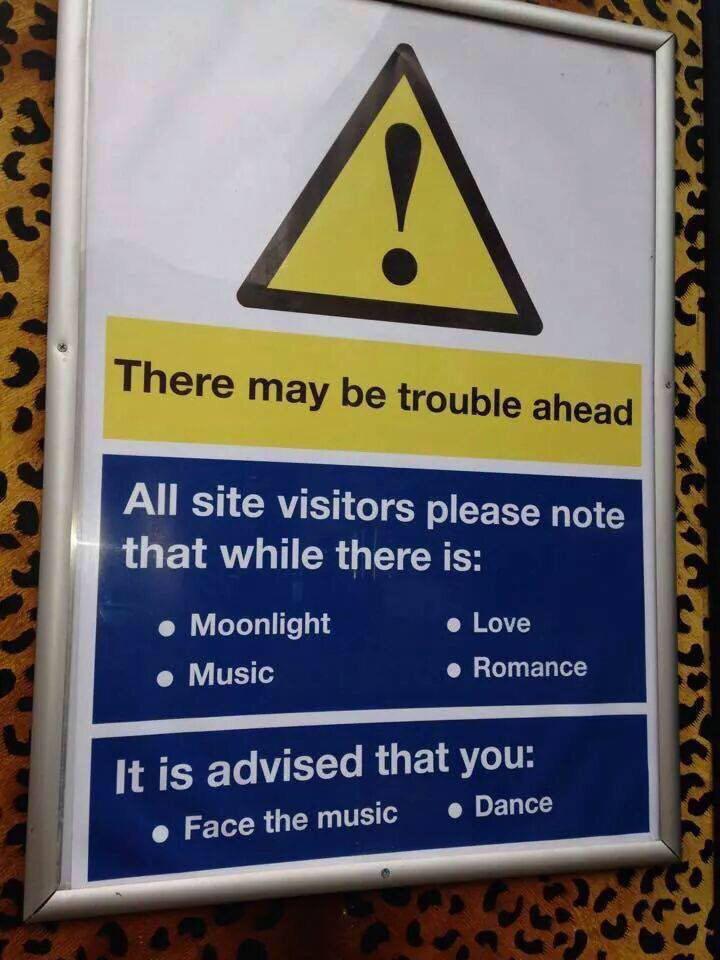 Photographer Peter Thorpe transforms his dog, into something festive every Xmas… http://peterthorpephotography.blogspot.co.uk/?m=1

Heading into The Hobbit 3: This Time It’s Interminable #goblinbollocks

The only US religious group of which a majority do not consider torture justified is the "no religion" group. 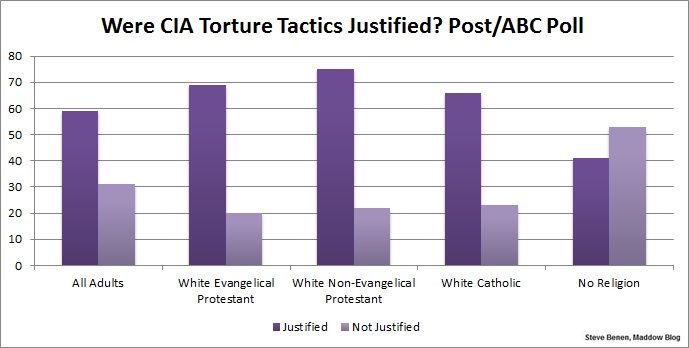 Drink vodka and watching #Sharknado. Christmas can only go downhill from here 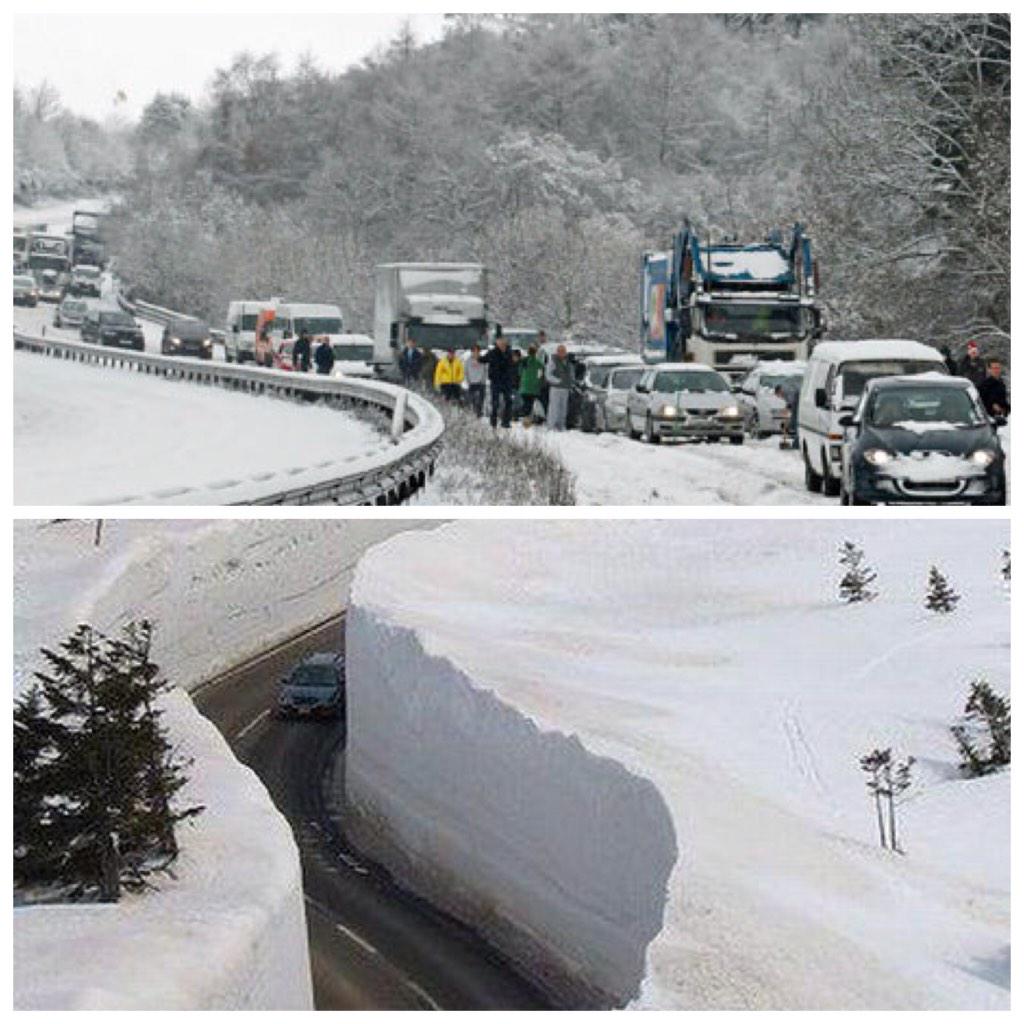 Ceremony marking end of military operations in Afghanistan held in secret due to possible attack by Taliban. Mission accomplished then.

Real Daily Mail had this headline: 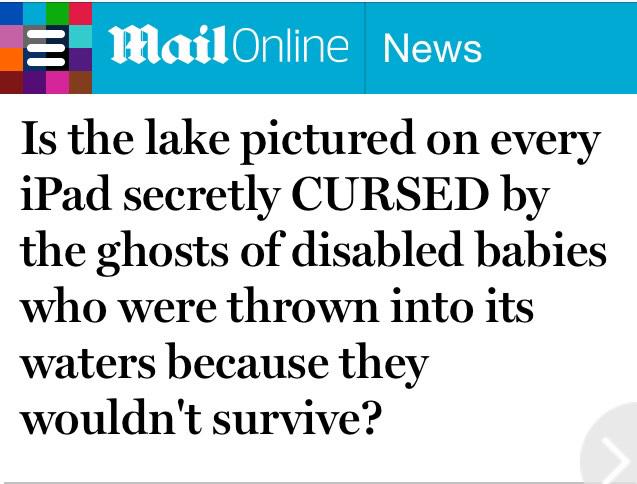 Just noticed my new trews have "straight, fit" on them. Bit impertinent, but thanks.

Who to believe about Ebola, experts or callers to @bbc5live ? 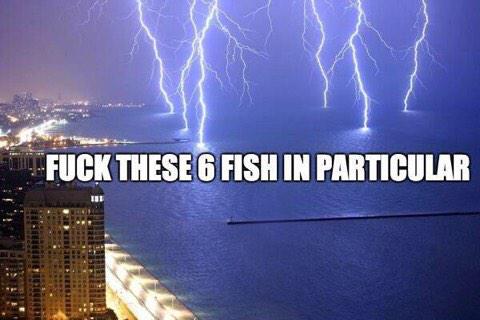 This is how big a grizzly bears paw is – by the way, the bear is sedated and about to be tagged. I’m in absolute awe!

Pregnancy announcement of the year 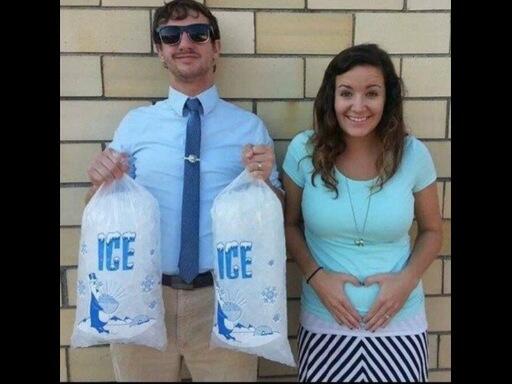 1955 Lincoln Futura Concept. Later served as an inspiration for the Batmobile.

Another juggler gives up on his dreams

Bit unfair of people to slag James Corden off for his OBE. The man has done this country a wonderful service. He’s just moved to America.

This is the best headline you’ll read today

This is the proudest dog I’ve ever seen

WWF: Before it’s too late..

A few hours into 2015, my son is learning how to speak like a dolphin. So far so good.

I’VE BEEN WALKING THIS GOLDEN RETRIEVER FOR SIX HOURS AND HAVE YET TO BE GIVEN ANY GOLD. EVERY THING IS A LIE

"World War I killed twice as many cows as it did humans." This caused the formation of a secret, vengeful, cow underground.

1 Order Starbucks coffee 2 Give your name as Spartacus 3 When your name is called, shout "I’m Spartacus" 4 Watch something brilliant happen

My cat is sad because our celebrity-obsessed culture has spawned a young generation drowning in its own vanity. 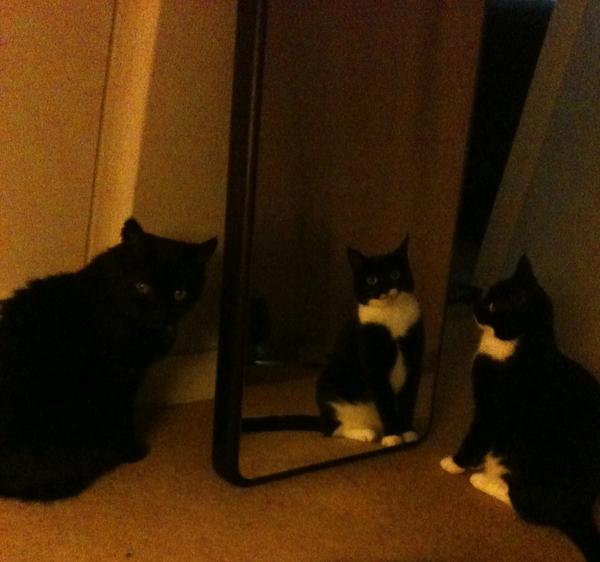 Is this 2015 or 1915? Royal Family granted new right of secrecy http://www.independent.co.uk/news/uk/home-news/royal-family-granted-new-right-of-secrecy-2179148.html … #princeandrew

I planted all the evidence for evolution once it became clear it did not serve the best interest of My reputation to take credit for you.

Eyes wide in horror, I enter the Italian capital for the fifth time that day. "All roads lead to Rome!" I sob. I’ll never escape this city.

Putin signs decree that allows foreign citizens to serve in the Russian army as contractors http://on.rt.com/ikz0ts (A Russian Foreign Legion. I would have *so* joined up if they’d offered that when I was younger.)

Awesome Selfie Of Man With Lion In Africa 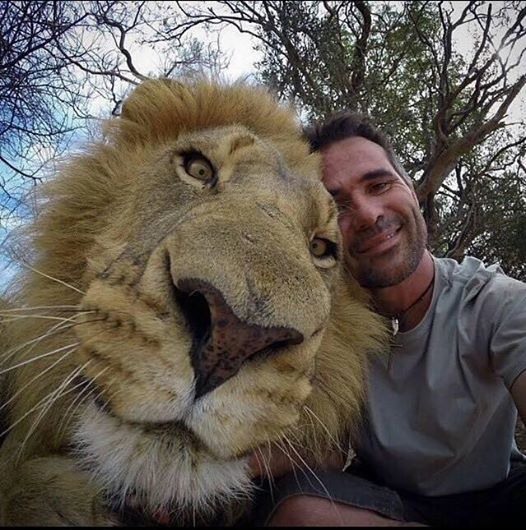 And with that I’ll say