I’ve had my sights set on a Harley Davidson Sportser, just the ‘baby’, the 883 CC one. 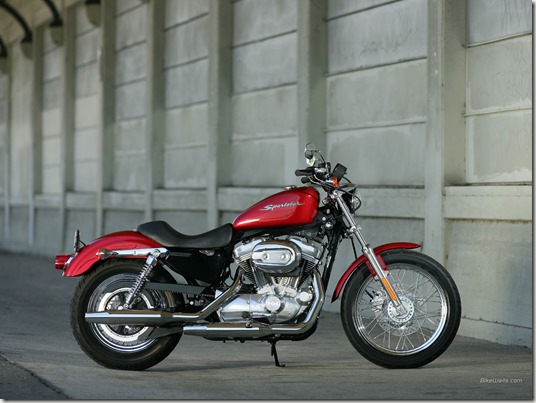 As you can see, very pretty.

It was to be a stepping stone then in a few years move up to the Harley I really want, the big Heritage Softail. 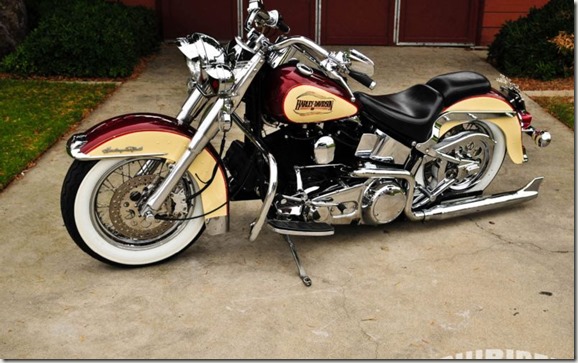 Obviously the last word in practicality and knee-down performance with that ground clearance. Surprisingly cheap, starting at around £6- 7K. Well, it surprised me, I thought they were over £10K even old.

I have had my head turned, again, by that Kawasaki W650. A retro bike in the style of it’s 60’s predecessor, the styling of which was in turn ‘influenced’ (stolen wholesale) from the Brit twins of the time. 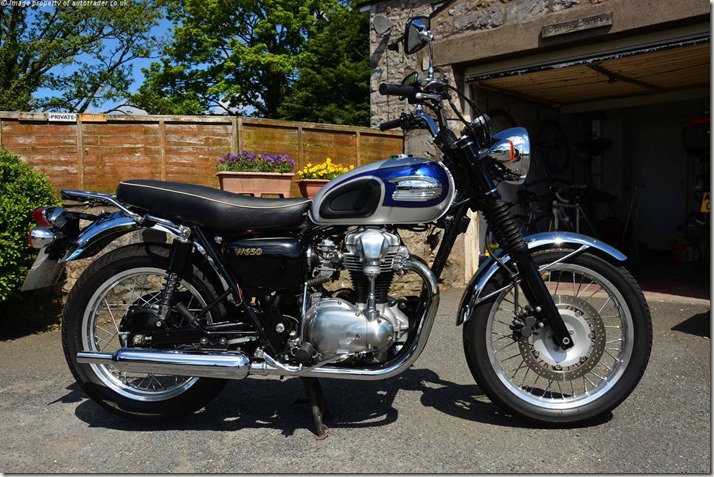 Just zoom in and marvel at it’s beauty. The peashooter exhausts, the kick-start (kick-start! Ha!) The faux pushrod covers (silver tubes up the side of the engine) the fork gaiters, the finned, air cooled engine, the tank knee pads, the drum rear brake, the absence of plastic. It is a work of art.

The negative part of reviews can only say that it isn’t a screaming race bike. The engine is ‘soft tuned’. Bah and meh! Missing the point. If you want a plastic fantastic 200mph street screamer go and buy a Hayabusa, they are made for the job: 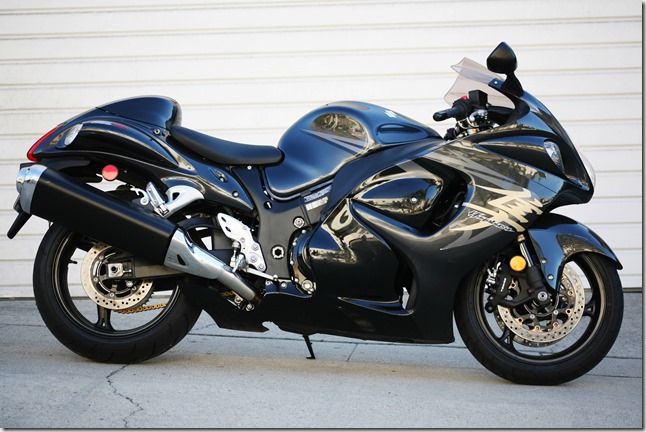 They are not without their own charm, just not what I’m after. They may look as ugly as sin, but ridden right no-one will ever know.

However,the W650 is what I want. ‘Only’ good for 110 mph, looks drop-dead gorgeous, and performs day in day out with the fabled Japanese reliability.  It’s like time travelling back and getting a new Bonneville, but one that works. Great electrics, lights you can see by and by which you can be seen, no oil leaks, engine doesn’t go ‘pop’ every few weeks… as the man said, ‘As near as you can get to the real thing without pushing it home at night.’

Told you I was obsessing.

Then, as if that wasn’t good enough, it lends itself perfectly to being ‘cafe racer-ed’.

Cafe racers were a 50’s/ 60’s thing. At the time, I’ve read, the working man couldn’t afford a car so had to get a cheap bike for running around. These mostly had the sit-up-and-beg riding position of the one above.

When people wanted to make them into boy-racer machines on the cheap (to race their mates when they met in the biker cafes) they simply put ‘clip-on’ (dropped, racing style) handlebars on so they could lay over the tank to reduce drag, they moved the foot controls to the back (rearsets) put a 2-into-1 exhaust on (to lose weight) ditched the fat knacker off the back and put a single seat on. Job done. Your pedestrian Volvo estate turned into a smoking hot-hatch Golf.

Look at this then: 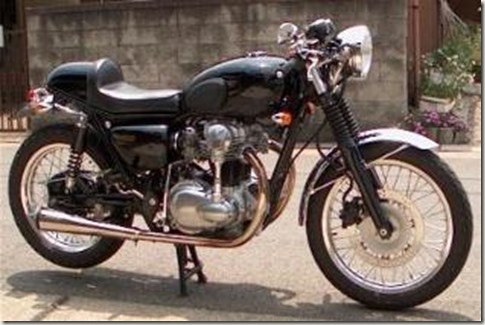 (Sorry about the quality, I’m trying to source a better picture of this exact bike.)

*That*, my friend, is a cafe racer.  And it’s the Kwak W650. That transcends beauty, it is sublime. Simple, elegant, clean lines, the perfect modern retro cafe racer.

That is going to be an inspiration* for my design. (*I’m going to copy it exactly and fear not the sin of plagiarism.)

Sometime you have to just say ‘that is as good as it gets.’

Everything now is a means to that end.

Just re-reading this. I should point out it’s purely an aesthetic thing. It looks beautiful. If you want to go fast you need the aerodynamic plastic and a different engine. I refer you to the Hayabusa. This is just for pottering around thinking you’re a 60’s rocker on his way to the Ace Cafe. 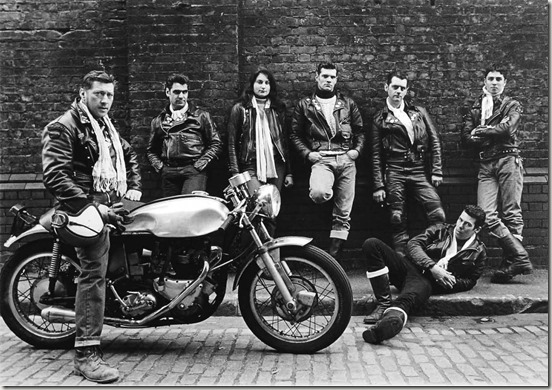 A final point I suppose I should mention; Wendy is intractably opposed. Not out of innate git-ishness (as I supposed) or because I selfishly want to blow the best part of four grand of our money on something she’ll never use and I might be chucking down the road, but because she thinks I’ll kill myself.

I think I’m old enough now to ride sensibly. If I’m not and I start getting points then the bike has to go, I can’t lose my job. Nowadays I read the road and am far more aware of things that are going to happen then any car driver. I see situations before they happen and anticipate other people’s reactions way before they’ve even noticed.

And if someone does kill me on the bike, well, you’ve got to die of something.

I don’t drink, smoke or do other drugs, I want something fun in my life or what’s the point?