Lots and not a lot happening since my last blog.

Work went mad busy, loads of really long shifts. I was always buggered and I lost my mojo. Even on my days off I just wanted to rest and recuperate. No running, no karate.

This last week had been a bit slack at work, I only got a 3 day week. And a twitter chum was asking for noob running advice, and I started to feel like a fraud so I forced myself to do a run. And that’s all it takes. The more you put it off the less you want to do it, as soon as you do it you are keen to do more.

I’ve still not been to karate, but there is a good reason for that; I’m letting my new tattoo heal first.

For my birthday present I treated myself to a righteous Sisters tat. 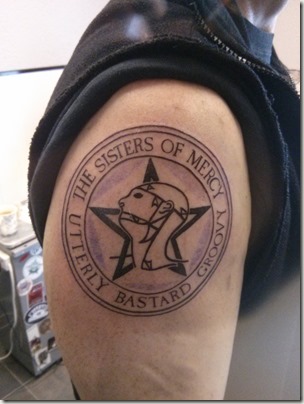 That was still in the tattoo shop, the purple tinge is the transfer thing they put on to get the outlines. 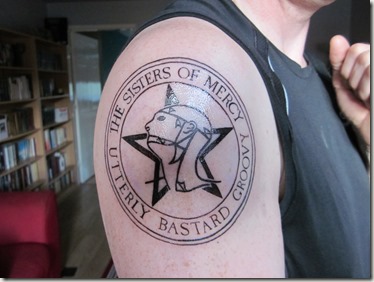 In other ‘stuff I love’, the bike is rocking my world. Still pretty. 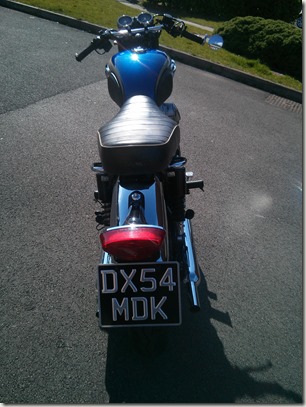 I saw an online tutorial on how to make your own cafe racer seat. The frame isn’t flat it’s flat up to the wide point, then kinks up at a steep angle, so I’m not sure a ‘universal’ seat would fit properly. Obviously if you make your own, on your own frame, it’s going to fit. So I set to.

Polystyrene blocks, fancy glue, lots of sandpaper. I surprised myself, and stunned Wendy, by knocking up a bloody good mould. 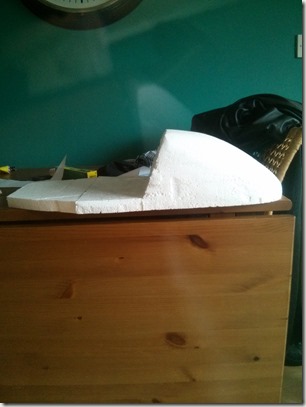 That wasn’t the finished mould, but it was getting there.

Then I just had to coat it in tape, then wax, then fibreglass to make the actual seat.

I thought once I’d got the mould done that was the hard work finished. Just slap some fibreglass on, job’s a good ‘un.

Could I get it to work? Could I buggery.

Because the back is curved down and in I had to try and get the sheeting to fit it. I just couldn’t. It was going everywhere.

In the end I sacked it off. Most miffed.

However, I had a bit of a success with that helmet Lisa’s neighbour gave me. I loved the look of it, but it had obviously been unused and going musty for years. Every time I put it on my hair smelled musty. I tried to track on down on the internet but I couldn’t find the same style anywhere. In the end I pulled the fabric out of the lid and machine washed it, whilst washing the attached bits by hand. It smells fine now. 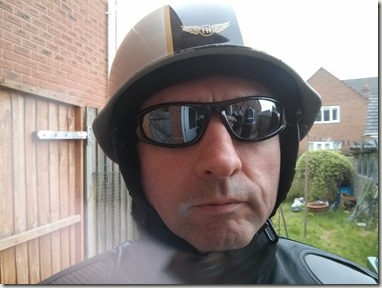 I had a crap night’s sleep after the run on Thursday (legs glowing and restless) then yesterday afternoon I found out I was on a 02.00 start today. I managed to get about 2-3 hours of naps. Then they gave me a run down to South Wales, 180 miles, 3 hours 45 minutes driving. I’ve been fighting to stay awake all today and frankly I give in.

Tomorrow will be better.