The heading refers of course to the quote; “Though the mills of God grind slowly, yet they grind exceeding small; Though with patience he stands waiting, with exactness grinds he all.”  (1870 Longfellow poems, 1960)

The army, whilst not god, does have to slowly grind through every process, however time consuming or irrelevant.

Take the farcical case of my blood group. They told me to take written proof of my blood group to the assessment. They stated either written confirmation from my doctor or my blood donor card. Having neither I took my army issue I.D. from when I served in the regular army. An I.D. that the army issued me, with my blood group written on it.

They wouldn’t accept it as proof of my blood group!

O.K., it is twenty years old, but I’m not likely to have changed my blood group because B positive is so last season.

So I went to the doctors (again) last Monday. She said my blood group was personal information and not stored on their system (!) so I had to arrange to see the nurse, again, for more bloods on Wednesday. Turned up Wednesday morning morning, the nurse said “Oh, we can’t take blood for blood groups here, you’ll have to go to the hospital.”

I went home, fuming about the pointlessness of it all, and the fact the documents officer wanted this information A.S.A.P.

An hour later the nurse ‘phoned me back and said “We can do your bloods here, can you come back?”

So I did. Friday I got another call off the same nurse saying “Somebody has to pay for blood group testing, so they’ve not processed your sample.”

In desperation I said I’d pay, so now I have to wait until tomorrow (Monday) to ring the doctors, to arrange another appointment, to have more blood taken, to pay for it, and to wait for the results to get back, then arrange to have the doctor put my blood group in writing. Then, finally, the army will know that my blood group is B positive, as they put on my I.D. card. 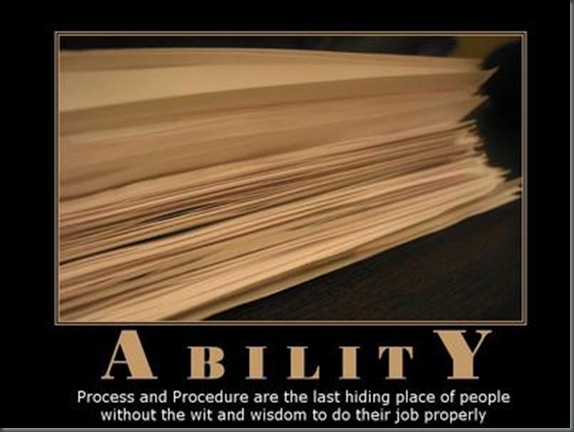 In more positive news, I got a ‘welcome to the regiment’ pack yesterday. That was nice. It looks like I’ve got to do my basic training then a conversion course to army driving, then I’m fit to deploy. Sounds like I could be off to Afghanistan by the end of the summer, doesn’t it?

The idea of the fast track courses is to try and put them more or less back to back, so students and the like can get it all done and dusted on their holidays. I considered doing all three of the fast track courses, but that would have meant starting training 10 –23 July (the first two courses, which I am going to do) come home for a week then back for 31st of July to the 13th of August.

I want to get up to speed, but that would have meant telling work (and Wendy!) that I will be away for three out of four weeks. Neither was likely to take kindly to that, I booked the 4-17 of September off to take the next available course.

Then I will have to think about the army conversion, and (what in civvy street is) a week long hazmat –hazardous materials- course. Then I could think about deploying. I think it would be unlikely for this year. We are not allowed to book any holidays in December (busy period) so it would be a bit of a squeeze getting a minimum of two courses done in two months.

The good news is that I booked all of the above dates (I don’t know if the army will want me on the dates I’ve booked, but it’s better to get it booked in principle) as holidays. This took up my entire holiday allowance for the year. That meant that I’d either be working at DHL or the army all the way through to the next holiday year, April 2011!

As a ‘nothing to lose’ gambit I asked work if there was any chance I could have extra leave to complete my T.A. training, they said I could have it as unpaid leave! Bonus! (The T.A. will pay me whilst I’m on training.)  I have holidays this year, yay!

Here is what I will be playing with (I googled these images, therefore they aren’t sensitive, m’lud) 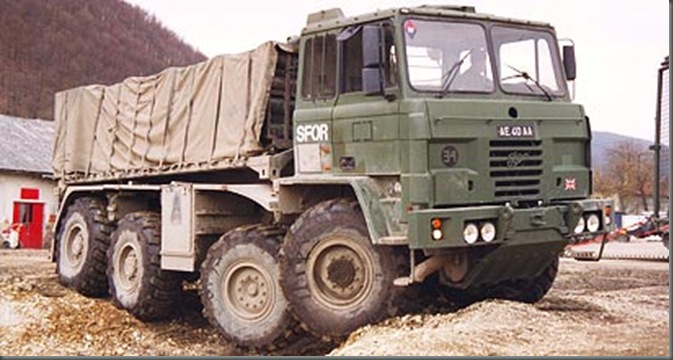 Funky all terrain truck. Check out the suspension travel on that baby! And it does this;

So no waiting around to handball shit off when unfriendly natives are shooting at you. Just ditch load and do one! Cool!

That’s where I’m up to with the T.A., same old army; hurry up and wait.

I want to get up to speed and get a tour done.

I am surprised by the amount of people who don’t get that. Fair enough, family and friends don’t want to see you in the line of fire, but lads at work who just don’t ‘get’ the whole ‘war as a hoot’ mindset.

Going on about how stupid it is joining the T.A., risking going to war.

That’s the point, I want to go back to war! I want to do a tour of duty.

I suppose they all drink themselves senseless every weekend, so they have a release from the ennui.

I don’t drink, do drugs, ride my motorcycle at suicidal speeds. I am BORED!

I mean to say, they even let chicks play! (I’m going to suffer for that on Twitter!)

Which brings me on to the other thing I’ve been doing a lot; Twitter. That is why my blogging has dropped off. As soon as it happens it’s on there. (“I’m straining at stool.” *send*)

It’s quite addictive. One seems to acquire a peer group of like-minded people, so we all get on our high horse about the same thing. The Phillipa Stroud incident being the latest example. We had Gordon Brown calling a bigot a bigot, and the press were all over it with ‘Bigotgate’. Then it emerged a key rising figure in the Tory ranks, who had set over seventy family policies, helped set up a church that believed people with addictions, gays, and transexuals were all possessed by demons, therefore prayer groups could turn them straight! The press didn’t say a word about that. Twitter went into melt- down as all of my peer group had a hissy fit.

We were all ranting happily in the run up to the election, with this being my favourite moment from the affair;

In other news, this blog! Luke set it all up for me as a surprise early birthday present. The picture of me in a slightly embarrassed  pose at the top of the blog was, with the rest of it, his doing. It’s kind of self-deprecating and funny, so I’ve left it on.

I thought after the work he’s put into setting it up I’d best post something, hence this ramble.

I have been applying for jobs of late. Royal Mail, Tesco’s warehouse, DHL driver. The final one was irritating. I went to Manchester for the interview, fearing it would probably be a waste of time, went through the process, but he didn’t even ask me the three questions he’d explained as being vital to the job application. It was, as I’d suspected, them going through the motions. They could have looked at my C.V,  and said ‘no experience, sorry you’ve not made it to the next round of selection’. Bastards.

I’ve a feeling I’m going to be stuck where I am until I return from a T.A. tour. The Royal Mail, for whom I’ve worked before, are notably good with T.A. according to the chaps at the assessment weekend. The last time I applied to go back to working for them they offered me the job. I’m wondering if they are good with employees who decide to join the T.A., but will avoid T.A. people who wish to become employees.

It’s been a fortnight, and I’ve heard nothing off them.

The Tesco’s job looks poor as well. Working three out of four weekends, less basic pay (though it’s made up in other areas) 7-3, 3-11 shifts dragging a cage around behind you. Unless they offer some form of training scheme to driving I won’t be taking it on those conditions.

The only other news is that I have well and truly fallen off the veggie wagon. After the army weekend (eat what you are given, quickly!) I remembered how nice food is with meat in it. Bad Bucky!

That’s about it. Riveting stuff, eh?