It’s been a milestone couple of weeks. As I said last time we were getting a tad worried about my lack of work and, in retrospect, I was freaking out over driving in general. The mighty Micra had kiffed it and really we had no money to replace it. I’d seen a Ford Ka for £790 with 12 months MOT, which I was quite excited about.

The next day I went to view it and immediately became wary. The guy who was selling it to me was the boss of a hand car wash place. This was my first alarm, as I know of people who know people who set up a just such an operation to launder the profits of their drug dealing. Then the guy started giving me patter. That put my back up a bit, it’s like saying to someone “I’m going to talk shit at you now, but you’re so stupid you won’t understand anyway.” “We have loads of people just waiting to buy this…, I’m not here to sell this, I just valet them… tell you what why don’t I knock £50 off the price…”

Yet still I liked the look of the car, it sounded a good engine. There was a disconcerting 2 inch circle missing out of the paint in the door frame. It had obviously rusted a few millimetres away, then been repainted. He reassured me that it was a touch up job, but by then he’d already convinced me he was a bullshitter.

Still, it was the best one I’d seen. I was going to get it. 12 months MOT, at least I’d get a year out of it, and I needed a car for work. Then he said he couldn’t take my card as his machine was down. He tried to ring all of his mates to use theirs. The more desperate he got the more unsure I became. Finally he said I should draw it as cash, on a credit card, and he’s knock the 2% cash fee off the price!

I rang the card people, they said it would be £22 handling fee, if the cash machine would dispense it, then something like 27% interest.

I said I’d try him again when he got his card machine fixed.

I got home and tried the interweb again, this time I widened my search to 60 miles. There was another Ford Ka, 12  months ticket, £550! It was way the other side of Manchester, past Leeds, I think. Anyway, I tried to get someone to give me a lift out to it and my dad came to my rescue. Dropped everything and ran me straight over. And lent me some cash as apparently I’m only allowed to draw £250 per day from hole-in-the-wall machines.  Cheers dad. I’m going to be screwed when they bugger off to Bulgaria.

We tootled over there, it was a straight talking private seller, bloody spiffy little car, bish, bash, bosh, job’s a good ‘un.

I’m well pleased with it. It’s quite a basic model, hand wind the windows! Remember that? I think I’m getting a repetitive stress injury. But it’s a corker of a car. Only looks the size of the Micra but it seem a lot roomier inside. X reg, so 2000, but bills back to 2007, with a complete new (£500) exhaust system 14 months ago.

The only real downside is it has a tendency to want to crash. A couple of times I’ve put it in to a wet corner too tight waiting to ride the slide wide, and it has just steered in. AHHHH! That’s not how my world works. Apparently Ford don’t hold with the sideways driving technique I’ve picked up as standard for the Micra. Bloody disconcerting. They should have some sort of warning sticker on the dashboard. “Does not slide sideways on every vaguely damp corner!” I mean, who knew?

That was a happy happenchance. I so nearly bought a worse car, for more money, and at the expense of my dignity (buying in spite of the patter). Happy days.

Work have come through as well. I got the two days they had said plus two more. All at the same place. All but one of the jobs to the same site in Bracknell. Perfect job for me. Pick up, run down to level with London, reverse in to the same situation, come back.

This has been a good job for me though. 1130 until about 2230 means no need of caffeine tablets so no horrible panic attack feelings. Lots of attempts at the same reverse, so good practise. and tons of motorway driving to just chill out and relax into the job.  I have cracked the technique for the 90 degree reverse. On one of the days I got it perfectly on the bay on my first attempt. Go me! This has all had a positive effect on me. Not having the pills giving me panic attack feelings, not ballsing it up and having proper panic attack feelings and just getting confidence. It was all negative re-enforcement, fake panic feeding real panic and forcing mistakes. This last week or two it’s been building competence and  feeding confidence.

I can honestly say I’ve actually enjoyed my job over the last week or so.

It’s only a few weeks ago I was a nervous wreck hating my job and cursing the money I’d wasted on getting the licenses.

The Ka is super, I feel I’m finally settling into my job, there seems to be work coming in now, so money worries postponed, and Wendy is feeling fine. All is bloody peachy. Huzzah!

If I have to find a downside it’s just that the hours I’ve been working haven’t left me time to do much of anything else. I went to the gym today, being as I’ve got the weekend off, and did some saxing, but it’s the first time for either since last weekend, I think. Maybe Tuesday. I was off then. The neighbours probably wouldn’t appreciate a sax session past 11 pm or before 10 am. And that tune I was so confidently blasting out? Turns out it is four times faster than I thought. Can not finger that fast! (Ooer, mrs!) My delusion of adequacy was based on me not comprehending what was being asked of me. No change there, then!

Well, I’ll update this post with some pics of the Ka tomorrow (Sunday), until then I’ll leave you with a picture someone took of a pet. The caption was “I don’t think he likes the vets.” 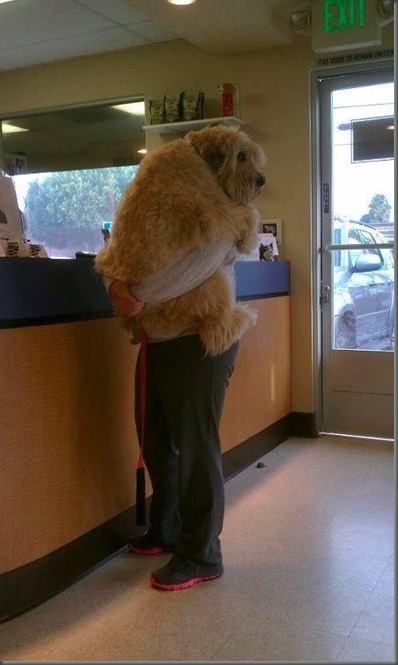 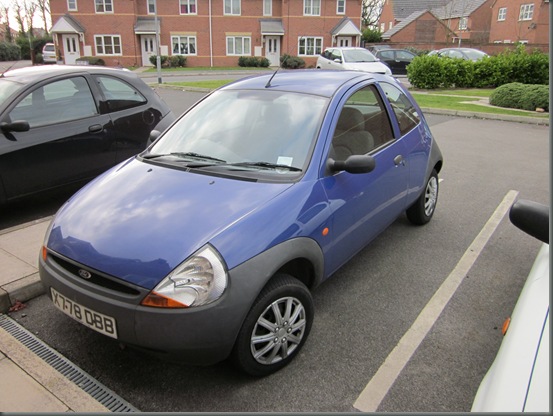 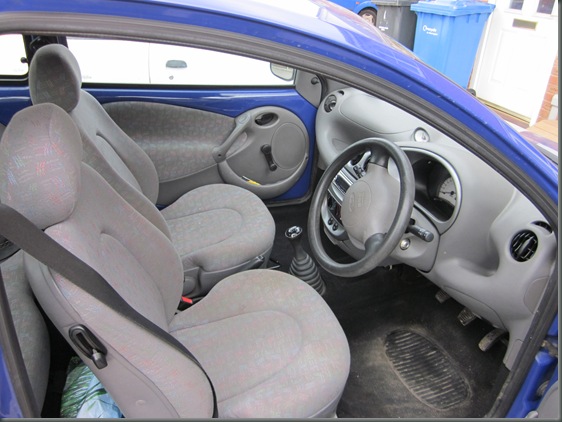 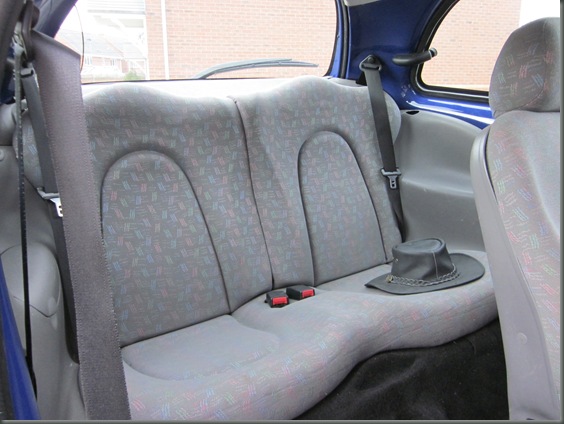