I’ve been putting things off, and putting them off some more. The longer I’ve left them the bigger and scarier they’ve grown in my mind. Tonight, my last day off before I return to regular work, I’ve taken the plunge.

The allotment paperwork was so simple it only took me 5 minutes, I truly don’t know what the fuss was with that. I’ll nip over in the morning and clear out my apple tree, fruit bushes and asparagus. Hand my key in and that’s it, job done.

This emboldened me to start on another one that I’ve been panicking over and trying to avoid; my Canadian visa application. I got stuck in while I was on a roll and an hour or two later I’ve got that done!  I can post the allotment and visa application in the morning. Thinking about it, if I get an early start I can clear out my allotment and return the key in the same envelope. Plan.

Now all I have left to do is return my kit to the T.A. and the small matter of finding an accountant, getting them to tell me my tax bill for last year and paying it by the end of the month. Oh, and MOT-ing the car by the end of the month as well. The money tree in the back garden is going to get well and truly thrashed. Wendy thinks it will probably be about a £4,000 tax bill. Though being a debt advisor she does tend to think the worst. I told her not to worry as I’d got us a loan from Wonga.

I popped out for a 9 mile run to Lisa’s (my sister) house today. I’d looked on Google maps and there seemed to be a way around Victoria park and along the Mersey right up to Brooke Avenue, which is just off her street. Obviously I got lost. The way I did it turned it into a 10.4 mile run. Through slutch and a biting wind. Hard to run when your feet are sliding everywhere in the mud. Probably wasn’t the brightest of ideas, running along the park in the middle of the 2012- eternity monsoon.

I’ve had a falling out with my training plan. One week it’s run 5 miles in 30 minutes (still not done that!) then it’s 15 miles in under 2 hours (did that even though I was done-in) then it’s 6.2 miles in 39 minutes. It’s just not working for me. Apparently I need to have a 6 m/m pace for at least 13 miles for the sub 3 hour marathon.

This means I have to have the speed for 6 m/m and the stamina to keep it going.

My plan is simple; lot’s of 10 mile runs (or above) outside in the real world with at least one run a week dedicated to hills, and a progressive indoor speed plan.

I’ve managed to run 3 miles in 18 minutes. That will be my starting point then. Will of iron. Do or do not, there is no ‘try’. (To quote Master Yoda.) I’ve been setting a cracking pace, getting my breathing under control, my legs are not hurting any worse, but after about 2½ miles my will cracks. I start thinking that I can’t do it, and have to stop NOW! Then I start making deals, just get to the next mile, then slow it down etc. As soon as you think there is an option to stop you’ve lost the battle.

The indoor plan then is that 3 miles is my starting point. I’ve done it once (and nearly did it a second time but then I killed the machine at 2.78) I can do it again. No option to quit, run 3 miles lard-arse. Then increase it. 3 miles plus 1 minute for two runs, then 3 miles plus 2 minutes. More if I can, but no less. Surely I’ll be able to increase it by more once I’m used to running a minimum of 3 miles at 6 m/m? Or maybe aim for ½ a mile a week increase. Not sure on the details yet, but I have to stick to a plan that get’s me used to 6 m/m pace and always pushes me further.

It’s the allotment tomorrow, and post off my two forms. Maybe arrange an appointment with an accountant if I’ve got time. Wing Chun on Thursday, run on Friday, then Saturday go through my kit checklist for the T.A., get it all bagged up and arrange for pick up, fill out the forms for leaving and get them posted as well.  By Monday or Tuesday I could be completely obligation free!

I can’t believe I’ve made myself so stressed by avoiding all these hassles. I was getting a bit panicky just thinking about them. Break them down into small tasks and they are done in a few hours. Unbelievable. I honestly can’t think what all the fuss was about. Weird.

“Enough of your emo crap”, I hear you cry, “what’s the word on Twitter?”

Well, as usual it’s been fun.

The DM Reporter was on the case;

THREAT: Fury as Mo Farah uses Olympic medals as bribes to avoid customs investigation into his links to Somali terrorists.

BACK TO BUSINESS: Immigrant asylum seekers flock to Britain to rob taxpayer of benefits under new EU law to undermine sovereign rule.

Year in Review – Slaughter of first-borns could save £50bn in Child Benefit, pledges Cameron

It seems Jimmy Savile was quite friendly with Margaret Thatcher. Just when we thought his reputation couldn’t get any worse.

Who would have thunk it ! Tories misleading people on the figures of people who receive housing benefit is 1 out of 8 are unemployed

I’m in two minds over the whole Foxhunting thing.Either the people who participate should die,OR they should be fed to a pack of wolves & die

If you don’t like banker’s bonuses its the politics of envy. But tube drivers on £40k+ a year are greedy militant bastards. #ToryValues

If your reaction to the #tubestrike is "My boss shafts us much worse than those guys and we don’t go on strike," here’s a tip: GO ON STRIKE.

Stop fucking moaning you twats without Trade Unions your kids would still be going up chimneys on Boxing Day….. #Aslef

I’ve eaten so much Ferrero Roche I feel sick. This must be what Julian Assange feels like EVERY DAY.

Daughter asked about laser eye surgery,I said I wouldn’t do it just in case it made my eyeballs explode. Nan seems to have calmed her down now

I’ve counted 8 people so far whose New Years resolutions include "loose weight". Can I add spelling to your list too?

This was nicely done: http://instagram.com/p/T8nBjkQhau/

My internet bride got delivered today, she’s the WiFi always dreamed of.

If you are thinking of starting #running for your #newyearsresolution here is an excellent (and quite funny) article http://bit.ly/TBtHnF

Lost the legend sheet to this box of chocolates. I’m allergic to the walnut ones. This will be like yuletide Russian Roulette.

A Doctor Who reference;

I can’t stand annoying people who bang on your door and tell you how you need to be "saved" or you’ll "burn"?…. Fucking firemen.

Waitress: ‘Do you have any questions about the menu?’ Me: ‘What font is this?’

Putting "do not drink" on bottles of bleach, or "may contain nuts" on packets of nuts, is just weakening the gene-pool. 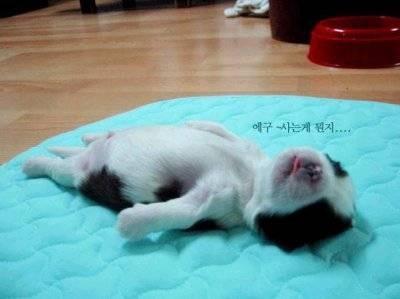 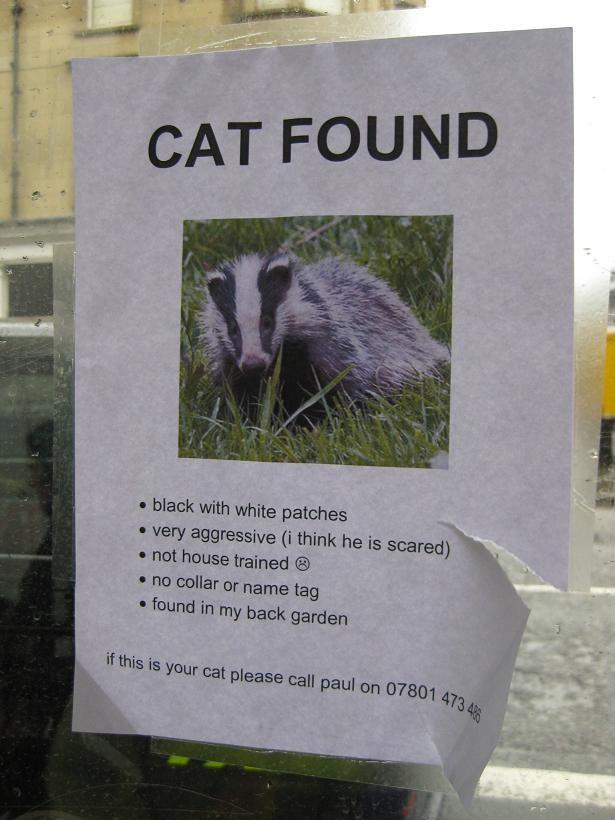 And finally, someone chilling with their cat 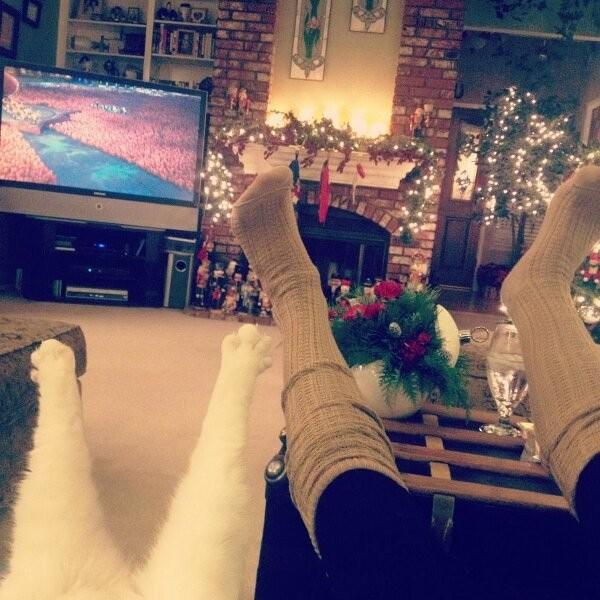