Holy crap, that was tough!

Think of a tough thing, then times it by several orders of sadism and you are in the ball park.

First off it was goddamn freezing. Apparently the wind chill had it at –3C. I thought it was colder. The wind was howling a gale on the hill tops, the telephone wires were bowed horizontally instead of vertically. Literally.

I’ve never been able to wear even a really thin running baseball cap on a run. After a mile I’m always too damn hot. This run I was wearing a cycling thinsulate bob-hat for all but the few miles we were below the snowline. My hands felt like I’d been been snowball fighting; the pain of getting cold then the misery of returning circulation, and repeat.

Then there was the course which perversely managed to remain deeply muddy. I lost my footing and fell over twice, and turned my ankle once. Luckily, after the initial pain, I was able to continue running. I was worried as it happened.

Finally, there was that killer hill at 21-23 miles. So, so bad. Your legs are shot, foot sore, willpower flagging then you are faced with that.

So, all in all, quite a fun marathon.

Given all of the above I was OK with that. The main thing by then was just finishing, and I managed a good, strong finish.

I missed Kung Fu this afternoon though. By the time I’d got home and had a shower I should have been going out the door to my class. I had to eat before I did anything else, so the Wing Chun had to wait.

Then I had an hour’s kip.

That’s how much it took out of me.

Here’s a picture. It’s when we were below the snowline and I’d taken off my hat. I’ve just zoomed in and was surprised to see I was sweating. I was that bloody cold I didn’t think I’d got a sweat on the whole race. There was another set of pictures as we were running through the snow over the top of the hill but I had a right gawpy expression on. Probably trying to get my breath back after the ascent and concentrating on not falling over or dying of hypothermia.

Which makes my time a lot less shameful. They said on the website to allow and extra 2 hours on your normal marathon time.

I wasn’t pushing for a good time, I was just grinding it out, so that’s not shabby.

Enough of the bloody run.

I got a surprise call on Saturday off our Lisa (my sister) saying as she’d forgotten to post mam’s Mother’s Day card so could I run her to Wales to deliver it. That was unexpected. So a quick run out to sunny Wales.

In the course of the flying visit we got to discussing the spare wheel on the parent-mobile so I went and had a look (it was under the car at the back). While I was at it I thought I’d better find mine. There is a flap in the boot. I lifted it, no bastard spare wheel! Grrrr. I’m so glad I found out before I had a blowout in the middle of nowhere. Got to source one this morning.

Well, that was £20 (and 20p for air) that I’m not getting back. Still, if it stays up I can’t complain, £20 for a tyre and wheel. It’s just one of those things that hopefully I won’t ever use, but I wouldn’t be happy setting off on any trip knowing I don’t have it. Another good thing is that it prompted me to check the tool kit in the boot. It was missing a 17mm spanner for the socket head to take the nuts off the wheel. So I would have had a spare tyre but no way of swapping it. You just don’t think to look for things like that when you are buying a car until you get stung. Next time I’ll be checking all of the things that were wrong with this and the Ka. Then I’ll doubtless fail to spot some other fault.

I wanted to get back on the bike today. After last week, when it was so nice, I thought I’d get the marathon out of the way then back on the bike. Not even. It’s colder than a Tory’s heart out there.

I was wearing my big-arse yellow work’s coat just to wander around the breakers yard. The wind is biting.

The ankle I twisted yesterday was set this morning. It took some getting going.

Work is unsettled. I’ve been whinging for a few weeks that I’m in all the time doing stupid long shifts. Last week they sacked those (full time) drivers from Crewe and I was cancelled two days. I only missed one shift because I helpfully asked, seeing as I’d driven to Crewe anyway, was there anything they wanted me to take back to Irlam. They had a run, the first drop of which was at Irlam, so they gave me that run and cancelled the lad who should have been on it. Oops, sorry lad.

It might just have been coincidence me suddenly being cancelled twice in the same week as them sacking the drivers, I’ll have to see how this week goes. Also, as the chap I share the lorry with is off for two weeks they’ve had an agency driver covering for him. Who manages to get the lorry back early every day. So I’m not waiting around for an hour a day, then hitting rush hour traffic. In consequence I was only doing 9½- 10 hour shifts. I only got 38½ hours for last week. (Plus 3 hours unpaid breaks)

I moan when I’m being worked like a dog and then get nervous when the work is patchy. Bah.

In other news, I’m starting my diet again today. I’ve gone from 10½ stone to 11 stone 3.  I want to be 10 stones. I still would like to crack the 3 hour marathon, though I’m having my doubts whether I’ll be able to do it this year, now. Unless something changes I just can’t dedicate that much time to run training if I want to be anywhere near adequate at swimming and riding. And I *really* don’t want to go into the Outlaw this underprepared.  That’s a seriously long day and you need to be ready for it. A fast finishing marathon is no use if you can’t manage the swim first. However, for all three disciplines, the less lard you are carrying the easier it is.

Next year I’m thinking of giving up on triathlon and just doing ultra running. That’s 50 and 100 mile runs. We’ll see.

That’s more than enough of my waffle, let’s talk Twitter;

TECHNOLOGY: Apple iCloud to delete any email containing… • “barely legal” • “creepshot. • “masochist” • “I want to be a Catholic priest”

HEALTH: Cutting all disability benefits for six months and then reinstating them for those still alive ‘could save £thousands’ say MP’s.

HEALTH: New HIV cure could cause AIDS. And cancer.

CARDINAL O’BRIEN: “I’d like to say my sexual conduct has fallen below that expected of a priest but, in honesty, it’s pretty much bang on.”

WHERE IS THE JUSTICE? Fury as Theresa May refuses to deport immigrant who ‘answered phone in cinema, talked for a few seconds then hung up.

POPULATION: British culture “could be extinct in 3 months” warn experts as its revealed 7% of the country can speak another language.

OSBORNE: “I can’t support the EU cap on bankers bonuses, because if I do I won’t be invited to any of their parties anymore.”

The European Convention on Human rights protects you from slavery, torture and discrimination. Tory Ministers want to scrap it. How odd.

Only #UKIP can save the purity of our Romano-Celtic-Anglo-Saxon-Viking-Norman culture from this unprecidented tide of multiculturalism.

Good to know our government is clamping down on "benefit tourism" – something that doesn’t exist. Hope they ban dragons next.

Portillo says EU bankers’ bonus cap (of 100% of annual salary) is "madness". Not a peep from him on making unemployed work for free #bbctw

"Too many hospitals are below average" < Yes, I’d guess about half of them are; that’s the trouble with the laws of statistics, Jeremy.

RESTAURANT OWNERS. Save money on signage by replacing "family-friendly" with "shit". 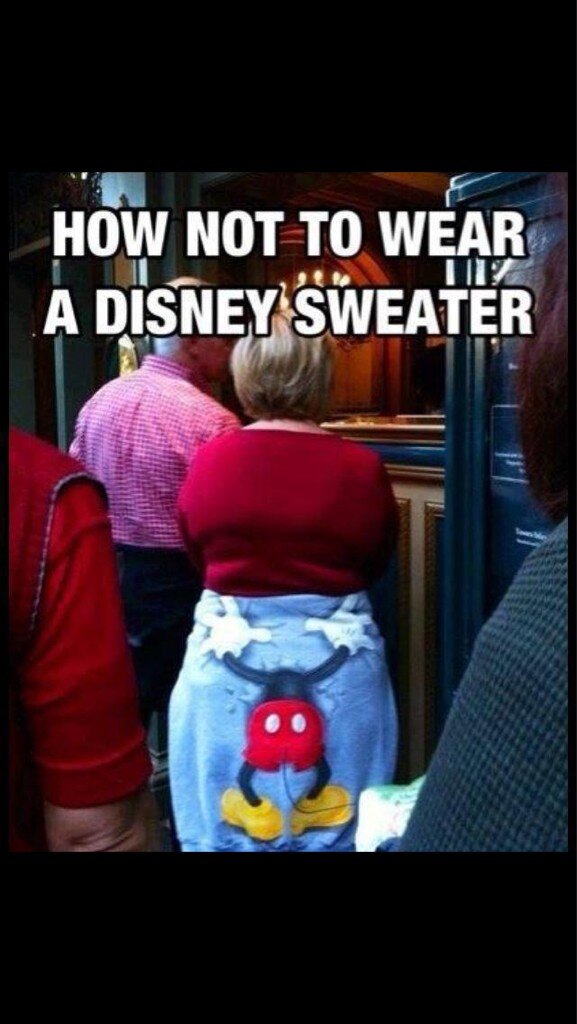 I had a few quotes:

Faith is believing what you know aint so -Mark Twain. Reality is that which, when you stop believing in it, doesn’t go away -Philip K. Dick

(And) And that’s all I have to say about that- Forrest Gump.

(In reference to which I tweeted:) I hear IKEA are adding food colouring to their cakes. It’s the ‘eat shit and dye’ range.

When you tell your boss you are "working from home", try not to say it in such a way that the air-quotes are audible.

Boots have got Mother’s Day sorted.

Asked SIRI how to turn off SIRI, and she replied "you shouldn’t have done that Dave." Who’s Dave?…is there less oxygen in here… *chokes*

The burning issue of the week from an MP:

Finally a crusade I can get behind! Sponge to custard ratio abuse is what is wrong with this country. @darrenjohnsonAM for PM!

Fields of Gold, Tulip fields just outside Alkmaar, The Netherlands: 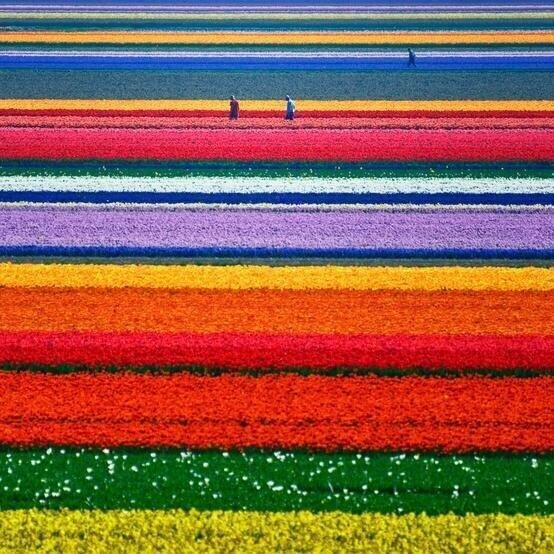 Much like CSI, FAX POLICE combined science with police procedure and sexiness. I thought it couldn’t fail. "Did the Titanic fail?" I asked.

People nodded quietly, unaware that I’d only seen the first two hours of Titanic and assumed it was a feelgood romantic comedy.

Justin Bieber: "I’ll never come back to the UK". WE DID IT, BRITAIN.

Sunrise at the North Pole With the Moon at its Closest Point. 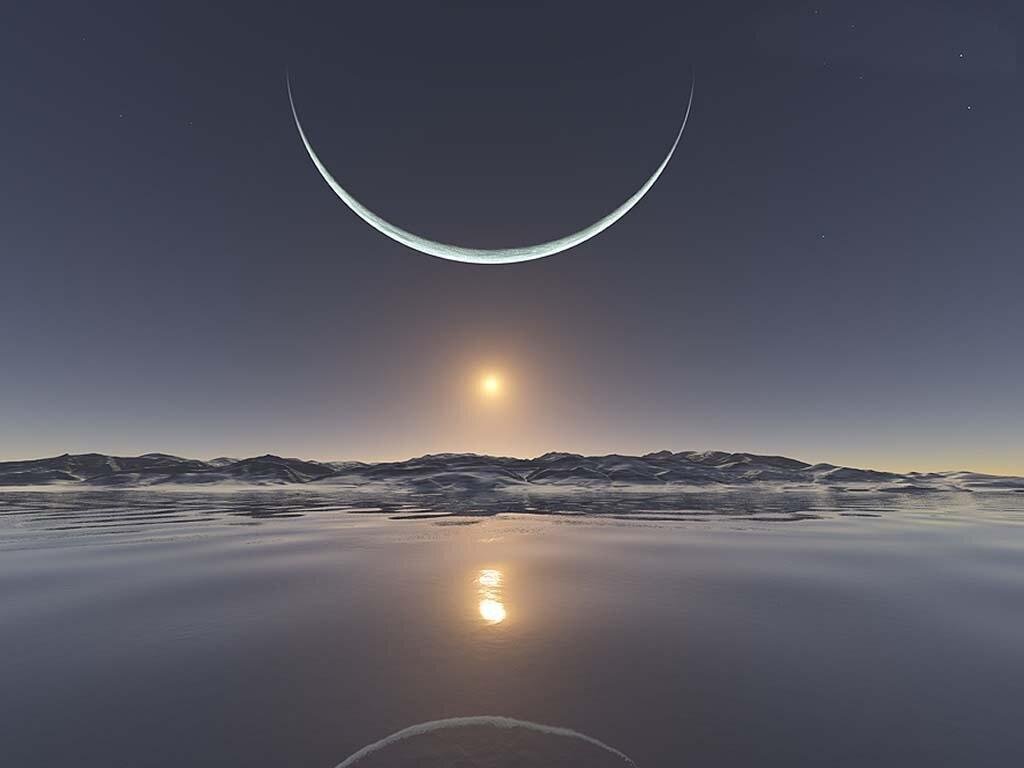 And on that bombshell,