That bloody treadmill. It was way down South, cost me £85 just in diesel. All day driving there and back (well, from 0900 to 1730). I specifically ordered a low, short wheel base transit as that was all I would need given the dimensions of the treadmill and the load dimensions of the van. Would it fit in in it’s operating position (ie at it most stable and less likely to break)? Would it buggery! The van was an inch to small. So I had to improvise, adapt and overcome. This meant I had to lay it down, leaving the handles on the floor. So then I had to fashion a strap to hold the handles off the floor so they wouldn’t snap off.

Then I got it home and had to try and manhandle 100kg of unwieldy treadmill off the van on my own. Wendy was trying to help but she is a total feeb.

I’d got it half manoeuvred through the front door when I realised I would tear up the floor before I could get it past the second door. Plan B, partially strip it, whilst wedged in the front door. Eventually we got it into the kitchen and I set about re-assembling it. All in all it must have took an hour and half just to get it into the house.

There is no way it is going to pop in the understairs cupboard. It is ginormous.

In it’s discreet, folded up, small mode it looks like the urban pacification robots off Robocop. And it won’t go upstairs so I’ve had to leave it in the kitchen.

Wendy is so less than pleased.

I took some snaps, look; 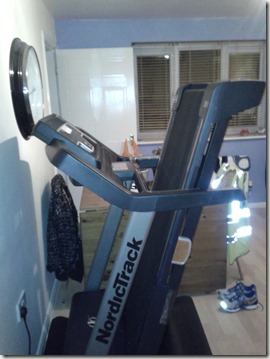 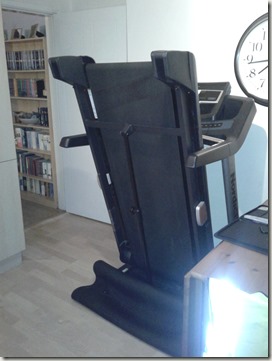 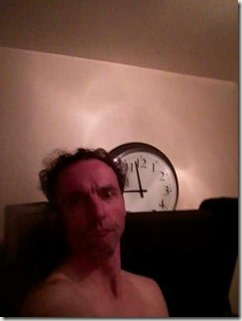 That’s how big it is, head height, wider than I am, and as deep.

Oh dear oh dear. What a farce. A folly.

But it does the full 20kph  (4 minute 50 second /mile) the incline works and what the hell, it’s here now. Also it’s quite noisy when you are charging away at it.

I gave it a few minutes at 6 minute/ mile pace just to try it (and me) out. I was doing alright, I could have done a mile at that pace.  I’ll have to leave it this week as I have the Chester marathon on Sunday, but after that I am going to set a baseline at 6m/m then work up from there. Hopefully but up to marathon distance within 6 months, then, if I’ve not died, start throwing in the 5 m/m’s. 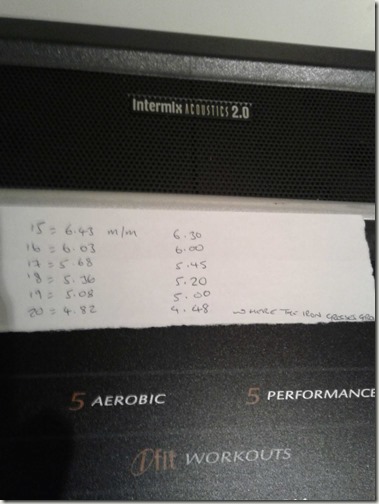 While I was transferring the pictures from my ‘phone I came across these I took on that 50 miler; apparently they flooded a village to make the reservoir we were running around. Due to the low water level you could see bits of remains. 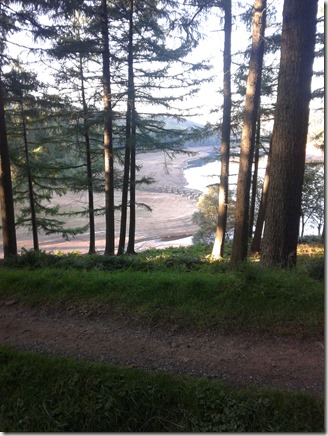 (And it was just plain picturesque. Here’s the hills reflected in the reservoir) 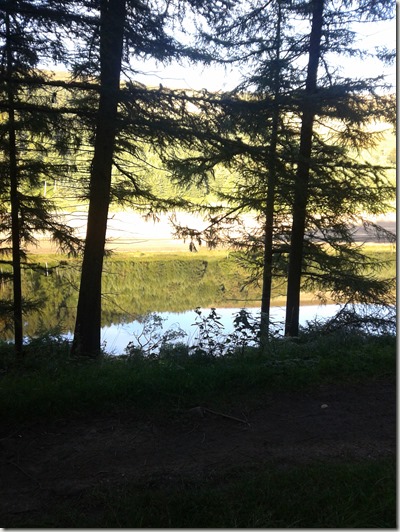 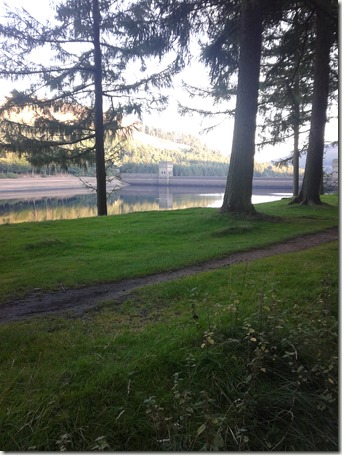 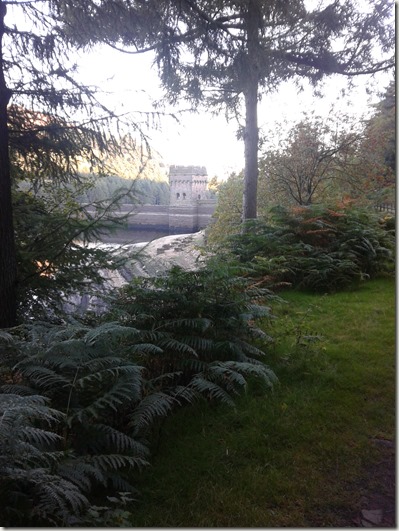 Right, off to bed. Had enough of today.