Bloody marvellous. I’ve been hale and hearty for as long as I can remember, I finally had my first ever simple flat marathon (the Chester marathon, today, Sunday)  to test myself. Not at the end of a triathlon, not a hill marathon, not an ultra, just  an honest to goodness 26.2 mile trot.

Then on Thursday I was having a bit of hassle at work and thought I was feeling down with it, when I suddenly realised it felt like a cold. *PANIC!*

Friday I felt drained, Saturday I got up at 11.00 and gave up and went back to bed for 20.00 hrs. Not that that did me any good, I got straight to sleep then the neighbour’s kids woke me having a squealing high pitched game of tag. I couldn’t get back to sleep then until gone 0130 and I had to be up for 0600 for the race.

I got hopped up on painkillers, cold medicine and coffee and set off. I didn’t feel too bad to start with, the first few miles were suspiciously easy. Then I realised I’d set off behind the wrong pace setter. I was behind the 4 hour marathon guy, I should have been near the 3.15 one (for a 3.20- 3.25). I spent the next few miles catching up and passing the 3.45 pace setter and working my way through the field. I was doing alright until about 15- 18 miles then I had nothing. My feet had done that painful numbness thing I usually get on the bike (online advice suggests it’s putting pressure on a nerve in the foot) from early on so it was wasn’t much fun. Then before 18 miles I was just a wreck. It was only pride and stubbornness that got me to the end. If it had been a training run I would have quit.

Anyway, even after dropping back through the field I finished in 3.47.59 about a minute a mile slower than I was expecting, but I was glad of the finish.

Wendy, as ever, was saying I would have to skip the race. At least I didn’t do that.

Btw, it bloody wasn’t flat. Not killer hills, but enough to know you were doing some. Some guy just tweeted “I thought you said it was flat? #ouch 19 minutes off PB :(  “

So it wasn’t just me being a mardarse.

The most amazing thing about that race though was the crowd support. Even when we were running back through Chester (and the traffic that had been coned off to let us run was crawling past) people were beeping their horns and shouting encouragement. Not the “Get off my road you fat bastard!” encouragement I would have been shouting but genuinely good willed. Amazing.

I know it’s virtually impossible, but the hope is in the ‘virtually’. I might be able to do it but it will be twice as hard for me as for some beanpole 22 year old professional runner.  Anyway, aiming high gives me a goal. As someone said “depends if you’re in it to complete or compete.”  I’ve done all the completing, that’s not a challenge anymore.

I’ll wait until I feel chipper then batter the tready.

Well, I’m not feeling up to much so I’ll just fill you in on Twitter then bugger off.

There was the finger on the pulse DMreporter;

LIAR: As Ed Miliband denies his father hated Britain we ask, who knew him better? The son of a man who hated Britain or #newspaperoftheyear?

GOVE: “The Mail were right to slander a dead man. They’re also right to pay my wife to promote my polices. It’s the basis of a free press.”

I don’t want £4 for marrying Darren. I want my disabled kid to grow up in a country where she’s not labelled a scrounger by right wing media

We’re going to ‘end the something for nothing culture’ says trust-fund multimillionaire son of a baronet who’s never been unemployed. Ever.

Seems silly to have all these unemployed types living miles from job centres. They could live IN them! We’ll call them ‘Work Houses’.

Unemployed to pick up litter. St. cleaners lose jobs due to cuts

I think in years to come historians will be using the word ‘regime’ to describe our current government a lot.

While these feckless beasts are forced to simulate the working day at a Jobcente, will IDS provide simulated childcare?

"This vehicle is fitted with image recording technology." I think the word you’re groping for is ‘camera’. You’re welcome.

Delays to all buses until we establish: 1. What the wasp’s demands are 2. If the wasp has a valid ticket for their entire journey.

Just had two more mini cheesecakes. Cheese is from cows. Cows eat grass. So basically it was a salad. *ticks 5 a day list*

The Daily Mail attacks a Jew who suffered under and fought the Nazis when they supported fascism. The hypocrisy is extraordinary

so, who wants to see what actual giant killer bees look like? 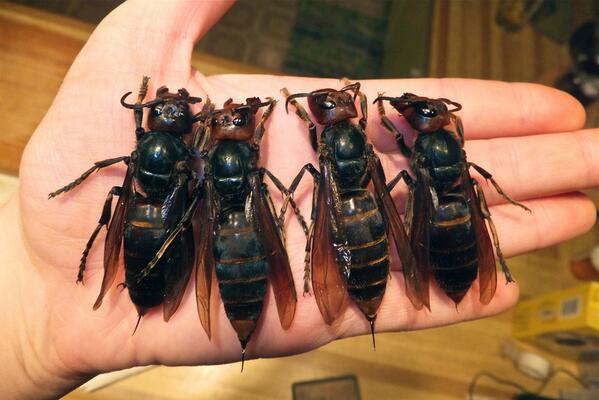 I love being the smartest guy in the room, and that’s why I live alone and never leave the house.

If you want to ride off into the sunset, be sure you are not afraid of the dark. Or horses

Daily Mail slams Jesus’ father: "He caused floods, plagues, slaughtered the first born, gave his son to be killed and he hated Britain".

The Senate would listen to Obama much more if the Imperial March played every time he walked into the room.

Clearly the shutdown is BOTH sides’ fault– Republicans for too many demands AND Democrats for winning the 2012 election.

Deep in the Daily Mail bunker, Paul Dacre is preparing his flying monkeys.

I agree with Cameron. ‘Profit’ is not a dirty word. Horribly tinny word though. Not like ‘revenue’. That’s a nice woody word. Or ‘antelope’.

I’d love Dacre to be doorstepped and asked: who loved Britain the most – Hitler-loving Rothermere or Navy serviceman Miliband?

Big Ben is NOT the name of the clock but its creator, the correct name is infact ‘Big Ben’s Monster’.

I really thought David Cameron displayed the common touch in his speech today when he started laughing and calling everyone ‘you fools’.

A poem about books./ Books have lots of words./ I’m glad that Alan Grant found out/ That dinos move in herds. #NationalPoetryDay

A second poem about books,/ The theme this year is water./ Poor Newman stuck in that jeep with/ A big dilophosaurus. #NationalPoetryDay

New rules for pay day loan companies to protect borrowers are daft.they r not real creatures and anyway they r 2 small 2 use the human money

"People being given benefits should work for them" I look forward then to seeing William and Kate Middleton stacking shelves in Tesco then.

You know what kind of body a REAL WOMAN has? The one she lives in, you shameless asshats.

I work for the distributor of Ralph Miliband’s work and I’d like to thank @DailyMailUK for boosting sales of his books. We’re out of stock!

The EDL, run by a wife-beating arsehole, founded by a convicted paedophile and riddled with neo-Nazis. They don’t represent this land.

Huzzah for the forthcoming Socialist utopia!