And then I found a job, and heaven knows I’m miserable now.

I was expecting this job to be a bit of a handful, but it’s surprised me. I was expecting them to be all shouty and “Go over your driving hours!” like last time but they are totally not. Instead it’s shit in all new and exciting ways.

For one thing I’ve not been paid. No notification wageslip email, no money. That was nice. They reckon they are chasing it up and will have it sorted by midnight Monday latest, but if we didn’t have a ridiculously large overdraft facility that could have been a problem.

Then there’s the real bugbear, piss-taking hours. I wanted longer hours, and I’d be happy to do the long run down to Maidstone in the week. But two weeks I’ve been there and twice they’ve given it to me on a Friday. The M6 is always rammed on a Friday, don’t know why. My start time means that even with a clean run I’m going to be hitting the M25 (London village ring road) during rush hour. When the Dartford toll is massively rammed. Twice I’ve done it, first time I got back after a mere 14hrs 15 min (maximum working hours 15) having driven 9hrs 37 –ish (maximum 10 hours). So one more traffic jam and I would have had to pull over and stop.

Yesterday they sent me down and the M6 was just fucked. I mean, 50 miles in 3 hours. I was screwed before I’d even got to Brum. It took me 9 hours to get down, I had 2 hrs 50 driving time left for the return (4hrs 25-ish, non-stop, no traffic). I had to pull over and stop for the night at Watford Gap services. 2 hours from base. And they wouldn’t rescue me.

Which brings me to what is really bugging me, I’ve only had 3 long runs, 2 of them on a Friday, when it was supposed to be my day off the next day. This means even the one I scraped home buggered my day off. The rest of the week I’m getting done for between 22.00 and 01.00, have a good sleep, still got loads of day left. On my day off I didn’t get to bed until 05.30. And today I had to sleep in my cab, get up after 9 hours and drive back. Then, because the law says on a ‘reduced rest’ week I only need 24 hours rest, they’ve got me back in tomorrow at 15.30 hrs. So I’m going to be working 12 days straight. That is the law of the Working Time Directive but certainly not the spirit. You’re supposed to have a day off one week minimum, then 2 days off the next week. Bare minimum of rest.

I’m going to to be having words if they try and stitch me up with Maidstone again this Friday. There is no way I’m taking my 45 hour rest in a truck cab.

As I’ve not been paid I don’t even know if it’s worth the effort.  Already started looking for another job. The trouble is the Jobcentre website is basically an employment agency advert. Real jobs are rarer than hen’s teeth. Enough of my moaning, I wanted hours and when I finally do get paid getting screwed over like this every week will soon have the bike paid off.

It was looking iffy for a while but she pulled through. Now I’ve got to feed her up again. She lost half a stone through not eating for a week and she didn’t really have anything left to lose. I’ve been getting a sore throat and a few days of nagging headache but I’ve not got her bug, so that’s bloody spiffy. Worst illness I’ve ever seen. Honestly. I can’t convey quite how bad that was. I’ve had ‘flu and it felt terrible but I could still walk and I wasn’t hallucinating. I really thought it was possible she was going to die of it. Which is not to say I thought she was going to, just that it was possible. Wendy thought she was going to die, but then she thought there were talking animal heads on the walls. She gave it to one of her workmates before she got sent home, he’s been off for 2 weeks. He tried to go back but was that rough they sent him home again.

My training has took a kicking as well. I couldn’t leave Wendy alone while she was ill and then the new shifts.. I did a 10 mile run they other day and I’ve really dropped the baton again. Must get back to it.

The other, good, news is Twitter has lightened up again. Now the Israeli genocide has been put on hold we’ve all gone back to ripping the piss and having a hoot. Two great themes in the last week; apparently the Better Together (BT, not British Telecom, had me confused) people in Scotland put out a really insulting 1950’s style advert where the little woman is too busy making her man’s tea and looking after the sprogs to worry her pretty little head over politics, so just vote ‘no’ to independence.

And after one of Cameron’s party went full racist and defected to UKIP Cameron tried to divert attention by saying we were at highest terrorist threat level and Twitter tore him to pieces.

In Politics/ Tory scum there was:

I refer you to this excellent map of council cuts by @davidottewell. Sums it up 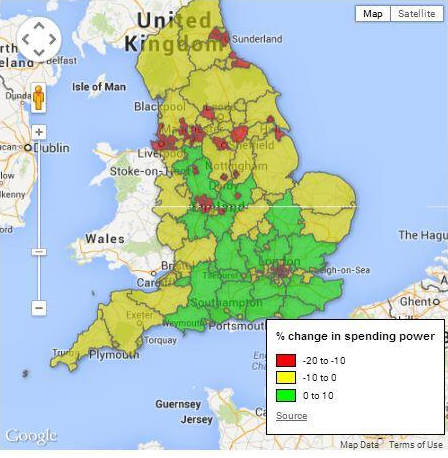 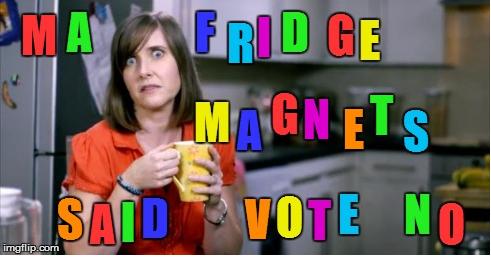 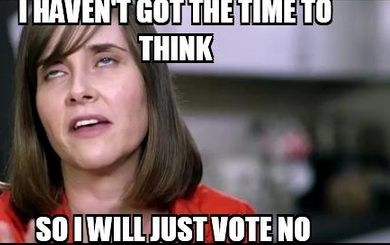 Funny that there’s no mention of workfare in the government’s new ‘end modern slavery’ ads.

(I added to the fun: 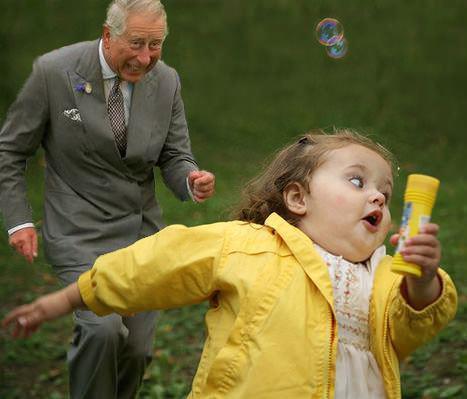 1919: Eton boys setting out on their annual cull of the local poor

My drug of choice is laughter….and cocaine. Mostly cocaine. Sometimes angel dust. Molly is cool too. RT if you love Jesus.

This Promotion is Less Thought-Provoking Than They Anticipated 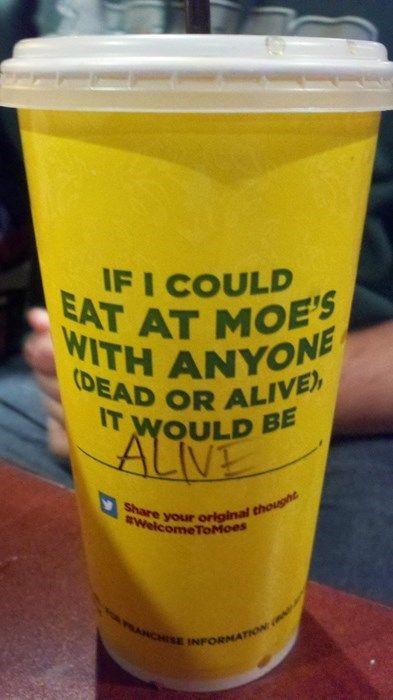 The only real solution for the British extremists prepared to go abroad, fight and kill is to not join the army.

ISIS is composed mostly of the Syrian rebel fighters the CIA was arming last year while Obama was gagging to bomb their foe _ Assad.

(I commented: Good with both of those suggestions. Make it so.) 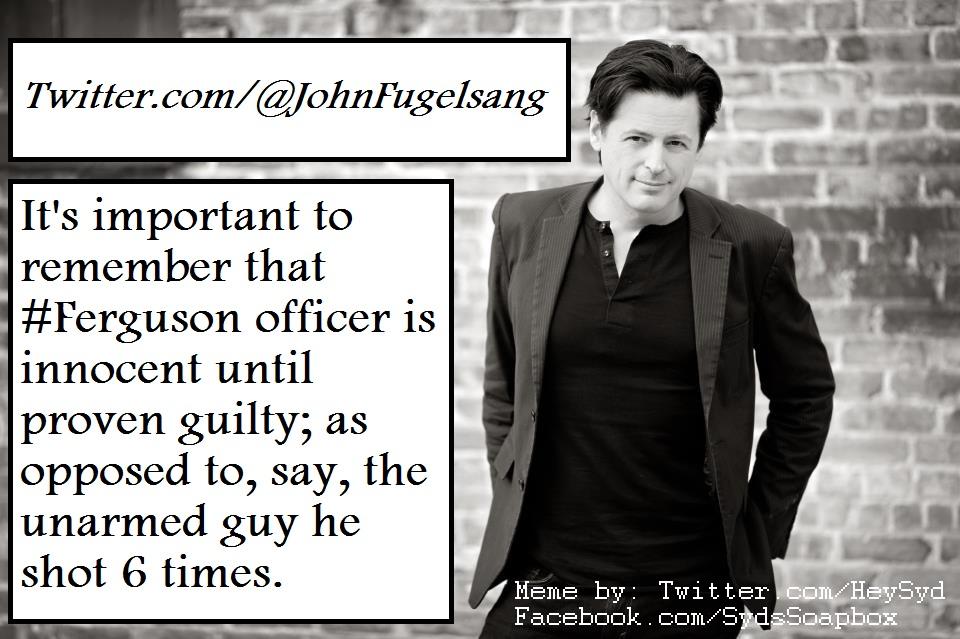 In America everybody is innocent until proven guilty and/or repeatedly shot.

Kate’s dancers are really incredible. Dressed as St John’s Ambulancemen, kissing her while she lies on the floor motionless. #katebushlive

THERE ARE 7 BILLION PEOPLE IN THE WORLD. WHY WOULD YOU HAVE SEX WITH KITCHENWARE? Oh, that’s not what pansexual means. Carry on then.

This is why we should use the Imperial System 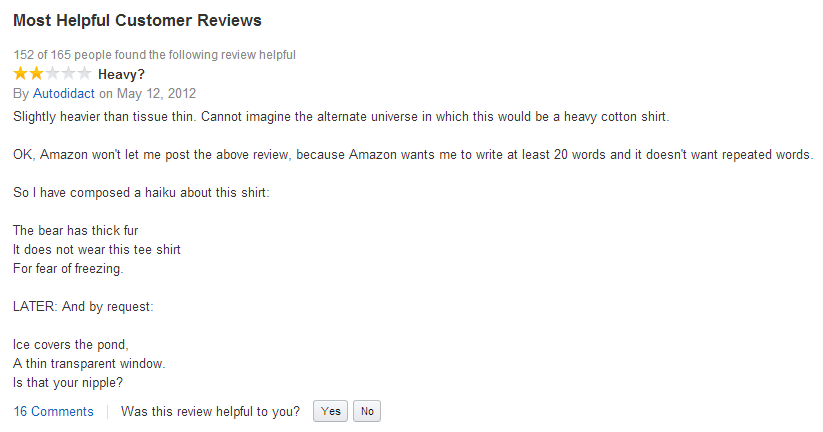 Parent pro tip: if you go to Meet the Teacher night with alcohol on your breath, they don’t ask you to volunteer.

The word after "I don’t want to bother you" is always "but" and that’s why I hate people. 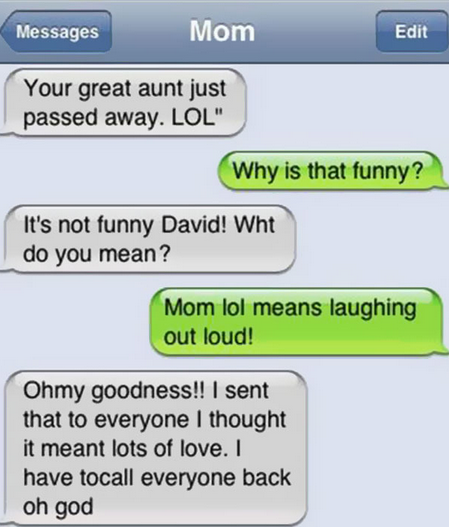 CAN’T find your house? Try calling your landline and listening for the ring.

"Firearms are why we’re no longer British" Really? I thought it was down to disrespecting tea and not getting irony. 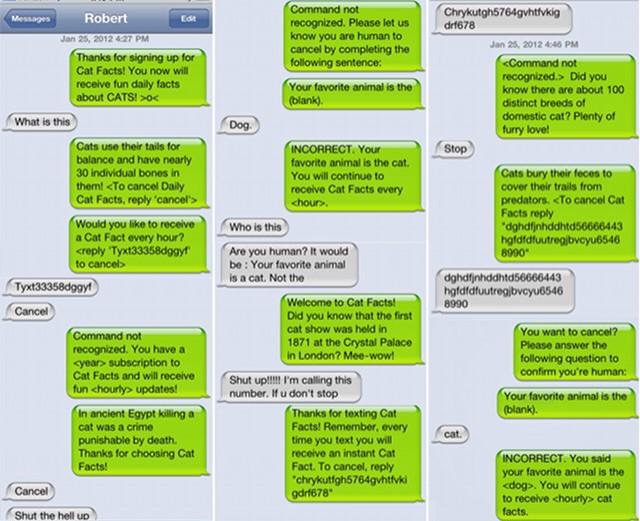 [In job interview] "Do you have any skills?" Yes, I’m excellent at shorthand. *pulls arms inside shirt and does T Rex hands*

We literally have a baking competition scandal in this country. Britain has seriously just out-britished itself. 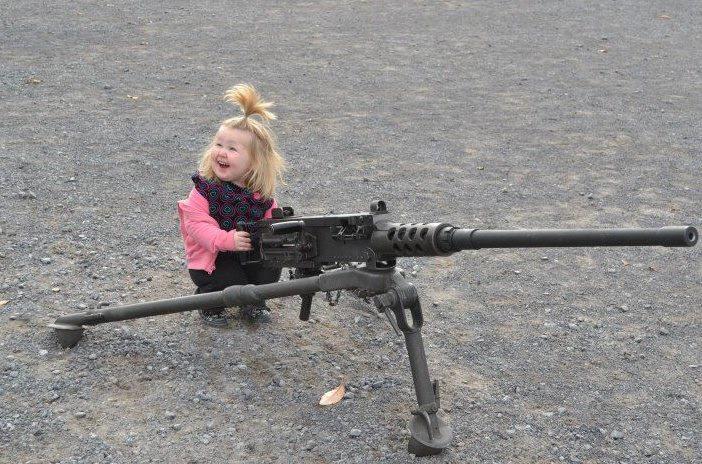 And just in case you missed it, this is hilarious: