The new job is everything they said. So far. The bookings are indeed for 4 weeks at a time. I’m on Sunday-Thursday. I had Friday and Saturday off without issue. I’ve still to see what the money will work out like as I’ve had to re-register as a Limited Company so last week was two days of PAYE.

If the agency and my accountants have sorted it out I should find out what it’s worth this Friday.

The job is easy enough so far. They said they’d just be putting me on trunks (take this trailer to A, swap, take second trailer to B, swap, come back.) Then ease me into store deliveries when I’d got the hang of it. Every place has their own system you have to learn.

Anyway, as I said, so far it’s been really easy and no pressure. The Friday and Saturday I worked last week were double runs, so they were good for 13.15 and 12 hrs. This week has all been single runs so I’m only getting 8 hours a day. Tomorrow, Sunday, I’m down for a double. At £18 an hour, I think. That’ll do.

The job is fine, the money (I think) is good, and they are in the process of taking on the current agency drivers to full time. Well, apparently it’s a part time contract but they make sure you get the extra shifts to make it up to full time. My point being, this could turn into a real job.

In other, not so good, news, my fitness is shit again. I tried a 20 miler last week and ended up walking 3 times after 18 miles. I had to abandon tomorrow’s Chester marathon. I don’t want to make an arse of myself in a race.

I’m going to have to go back to the training plan and work up again. I got to doing an easy 20 miles then had a week off, ran 18 miles nearly killed me, week off, tried 20 had to quit at 19.

I seem to think that once you can run 20 miles you are set, do it at the drop of a hat. It is *so* not the case. I think when that was true I must have been tri training so I was running and cycling virtually every day. It was just the long ones I was only doing occasionally.

Back to it from next week. This job gives me loads of time to have a life so I’ve no excuses. Also I’m itching to get back to the sax again. I keep trying for a few months, then something stops me. No way I could do it on nights. But now I want to again, it’s just the reluctance to embarrass myself in my crapness (it’s very loud, then neighbours must be going “Oh god! He’s at it again.”)

But the urge is outweighing the reluctance. I keep telling myself if I could do half an hour a day, eventually I must become proficient. And when I do pick it up the half hours always turn into hours anyway.

I wish I was more like Gail, Wendy’s sister. She sets her mind to do stuff and just grinds it out. I get fired with manic enthusiasm, charge at the job like a man possessed, then lose interest. Meh.

The bike is coming along. I changed my big, chunky indicators for tiny, but very bright LED ones. It was a total ball ache fitting them but the back ones at least worked. I put the front ones on and they were flashing too fast. I ordered a different ‘ballast’ and that fixed one of them, so I’ve ordered another from the same supplier. Not dear, only about £4. That will be ‘bars swapped and indicators changed. The rest of the transformation involves lots of money and I need to pay the bike off the card first.

DMreporter kept us abreast with:

SPORT: ‘Oscar Pistorius CAN compete again’ rules Olympic Committee despite the opinion that he killed his girlfriend and maybe he shouldn’t.

FINAL INSULT: Fury as Andy Murray, who is British for around 60% of his sporting achievements, comes out in favour of independence.

SPOTTED: A distraught Alex Salmond wrestling with a trolley at his local ASDA shouting “fucking keep the pound then.”

POLITICS: Gordon Brown to challenge Boris Johnson for position of next Conservative leader.

FEMININISM: Emma Watson showcases her shapely calves and cheeky derrière as she calls for gender equality during speech at the UN.

BREAKING: America does awesome and impressive things with bombs. Hurrah!

In Politics/Tory Scum we had:

Tomorrow’s Daily Express front page is a sight to behold.

I would like to extend my congratulations to the royal couple on the announcement of the pregnancy.The parasitic, sponging wastes of space.

Very moving to see David Cameron close to tears at the prospect of losing Scotland*. *his job 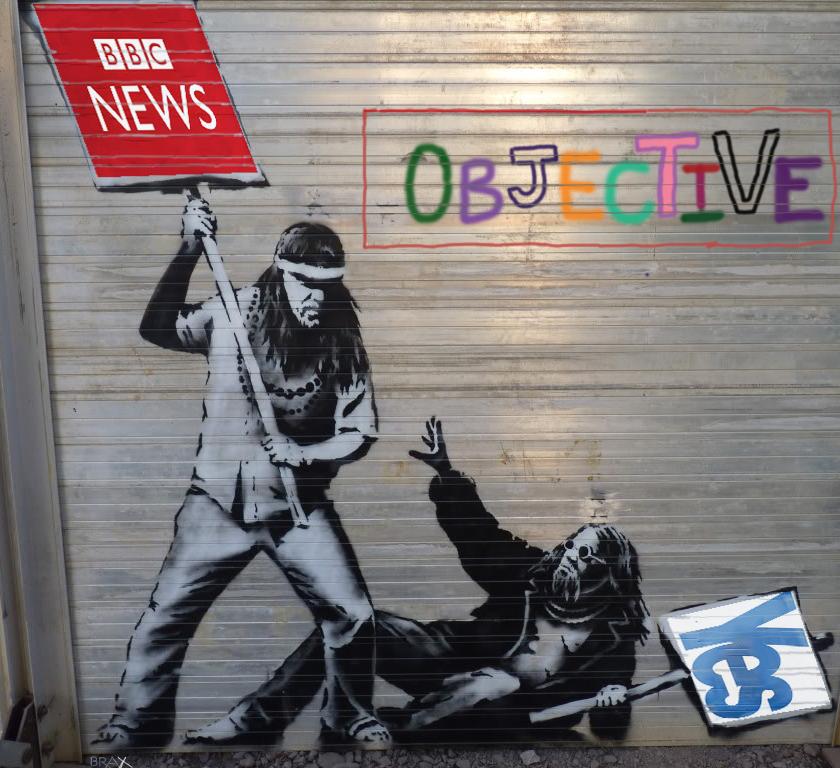 God made Adam and EVE not Adam and an INDEPENDENT SCOTLAND

Indy Scotland, Ireland, Wales, Cornwall and Great Sankey, Warrington. We can do this! #indyref #usnext

Tory ministers talk of taking risk and entrepreneural spirit. Which is great when your father owns half of Suffolk.

3 people die horribly and with maximum publicity and we are back on "permanent war" footing. This stinks of false flag.

The excuses change but geography and the oil do not. "Four US Presidents announcing strikes in Iraq

£27,000,000,000 the amount UK government spends subsidising companies that pay breadline wages each year £900 per person in work per year

Tories. Feel better about Labour’s mansion tax to pay for the NHS by referring to it as the "15 spare rooms subsidy".

I’ve no problem with Tony Blair giving his opinion on Iraq, it’s just he should be doing it from The Hague… #warcriminal 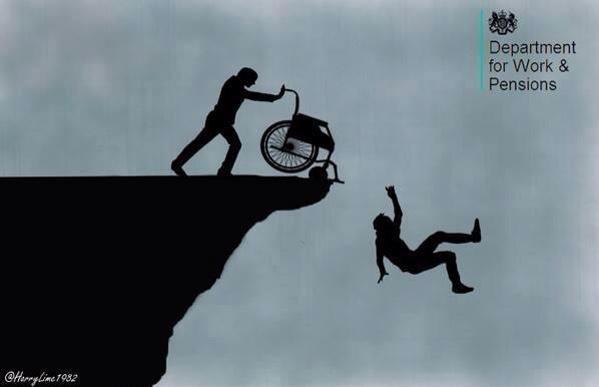 Each cruise missile costs £3/4M and they’re setting them off like thruppeny Brocks. Meanwhile people are visiting food banks to survive. 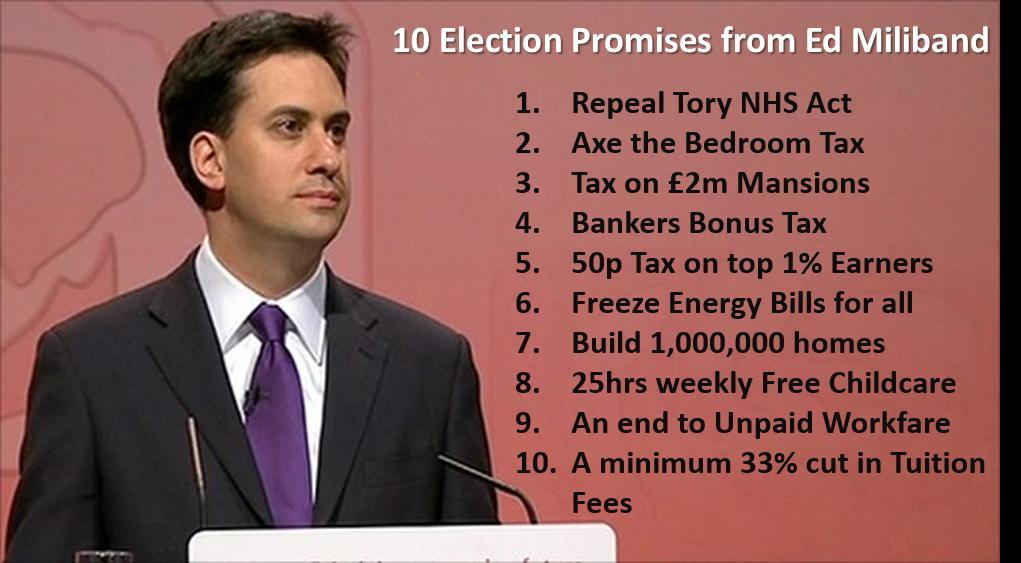 Whoever @Cassetteboy is, hats off for superb parody of Cameron speech. Trending and set to go viral https://www.youtube.com/watch?v=0YBumQHPAeU …

David Cameron. Why not cut out the middle man by getting someone on benefits to pay £500 directly to someone who’s comfortably off?

Any worker thinking of voting Tory. This is a foodbank parcel for TWO people for THREE days. Think again. 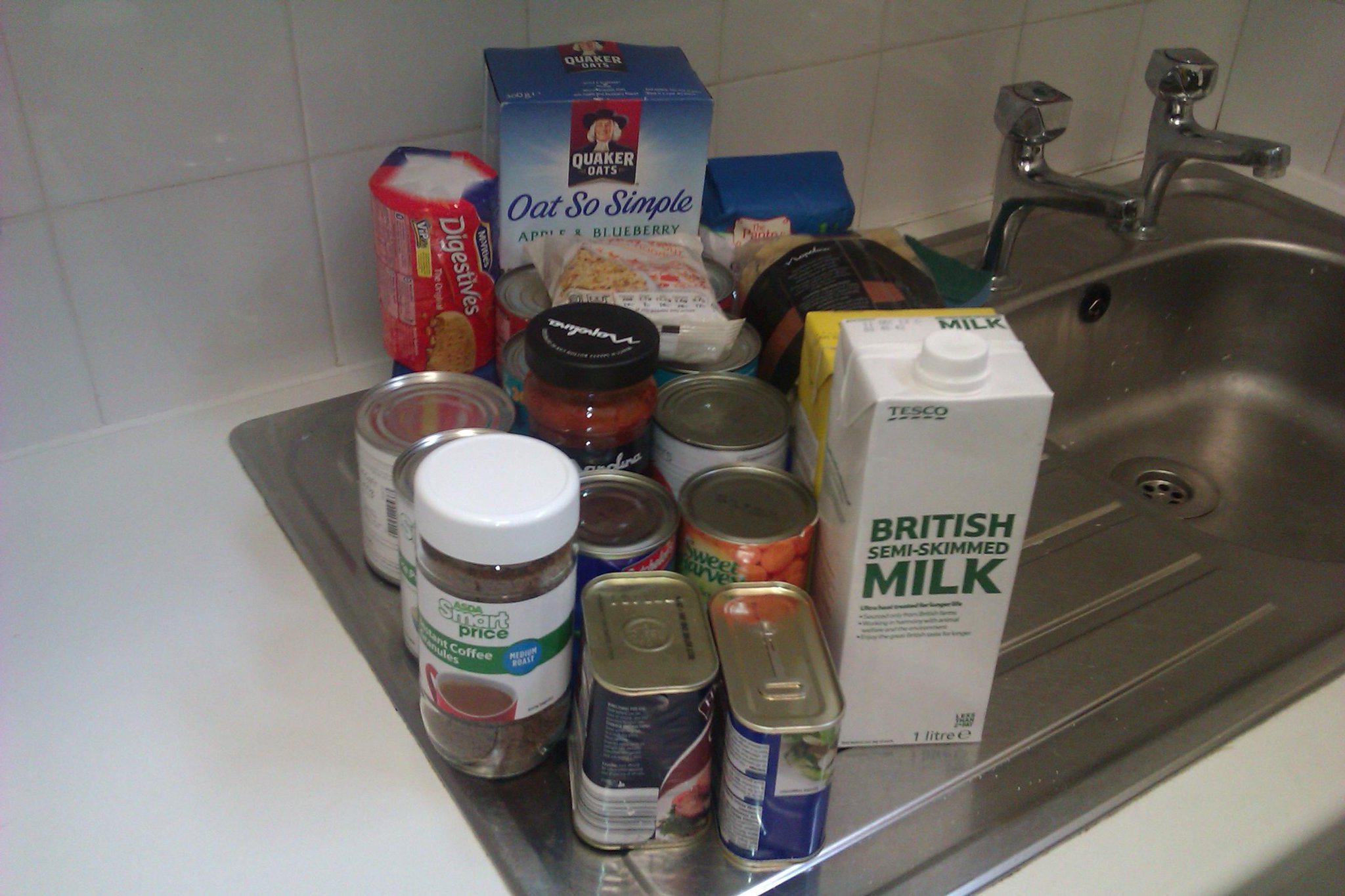 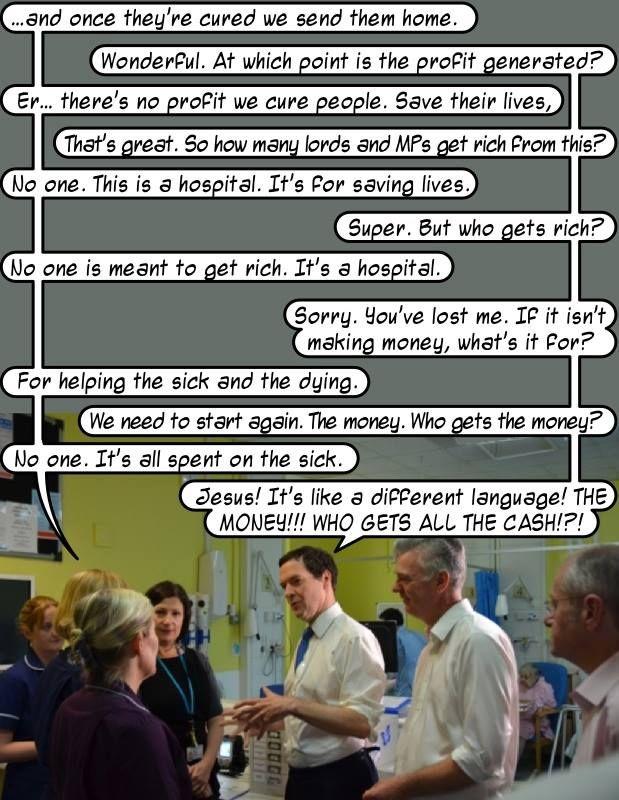 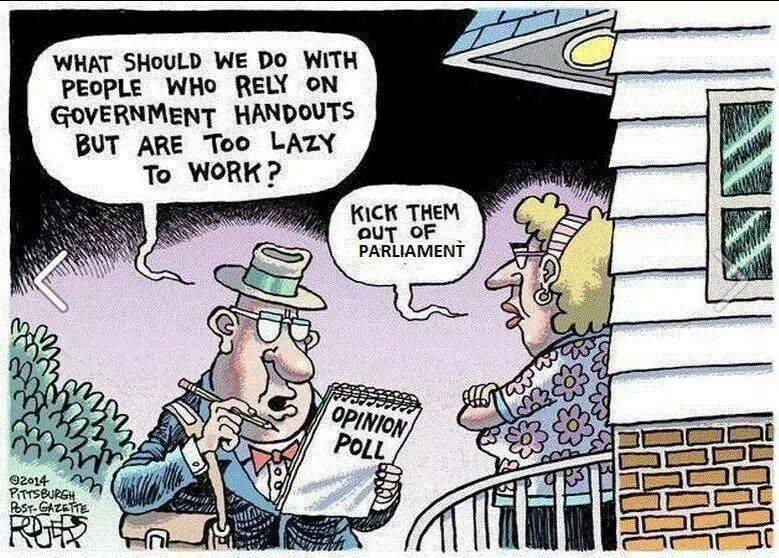 I’m sorry, there’s no money, we have to close the libraries and the Sure Start centres… LET’S GO TO WAR! TAX CUTS FOR EVERYONE!

And bestest till lastest, General:

Graphics guys you had one job.

You had one job and it looks like you’ve done it to well.

Pretty sweet the iPhone 6 can store finger prints, credit cards & personal pics in one central location. What’s the worst that could happen?

U2 and Apple have a long history together. "Where the streets have no name" was inspired by the launch of Apple Maps.

Bono, in the dark, drinking from a fifth of whiskey, watching a data visualization of people removing his album, face streaked with tears. 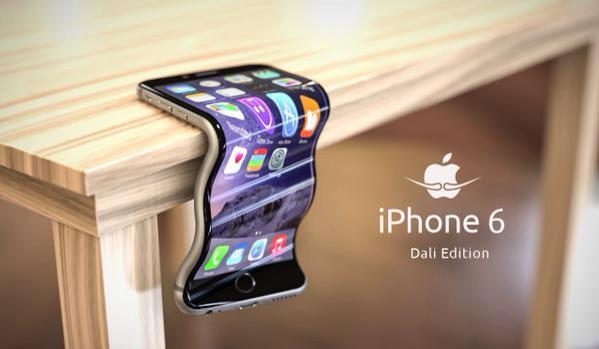 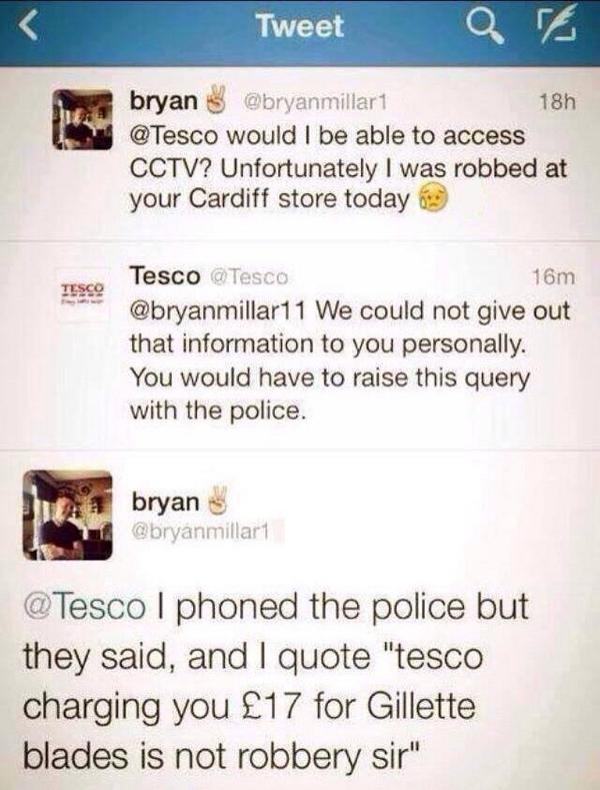 Capitalism is fascism in action, using debt to punish the masses. 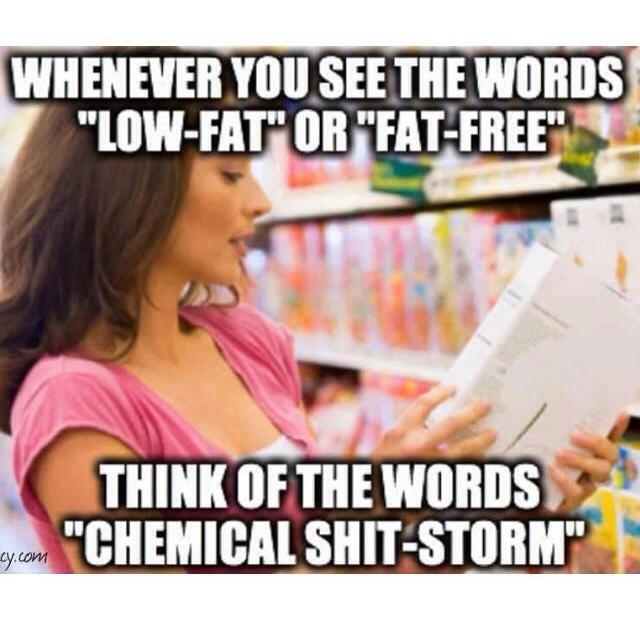 House I would not live in. Or enter. 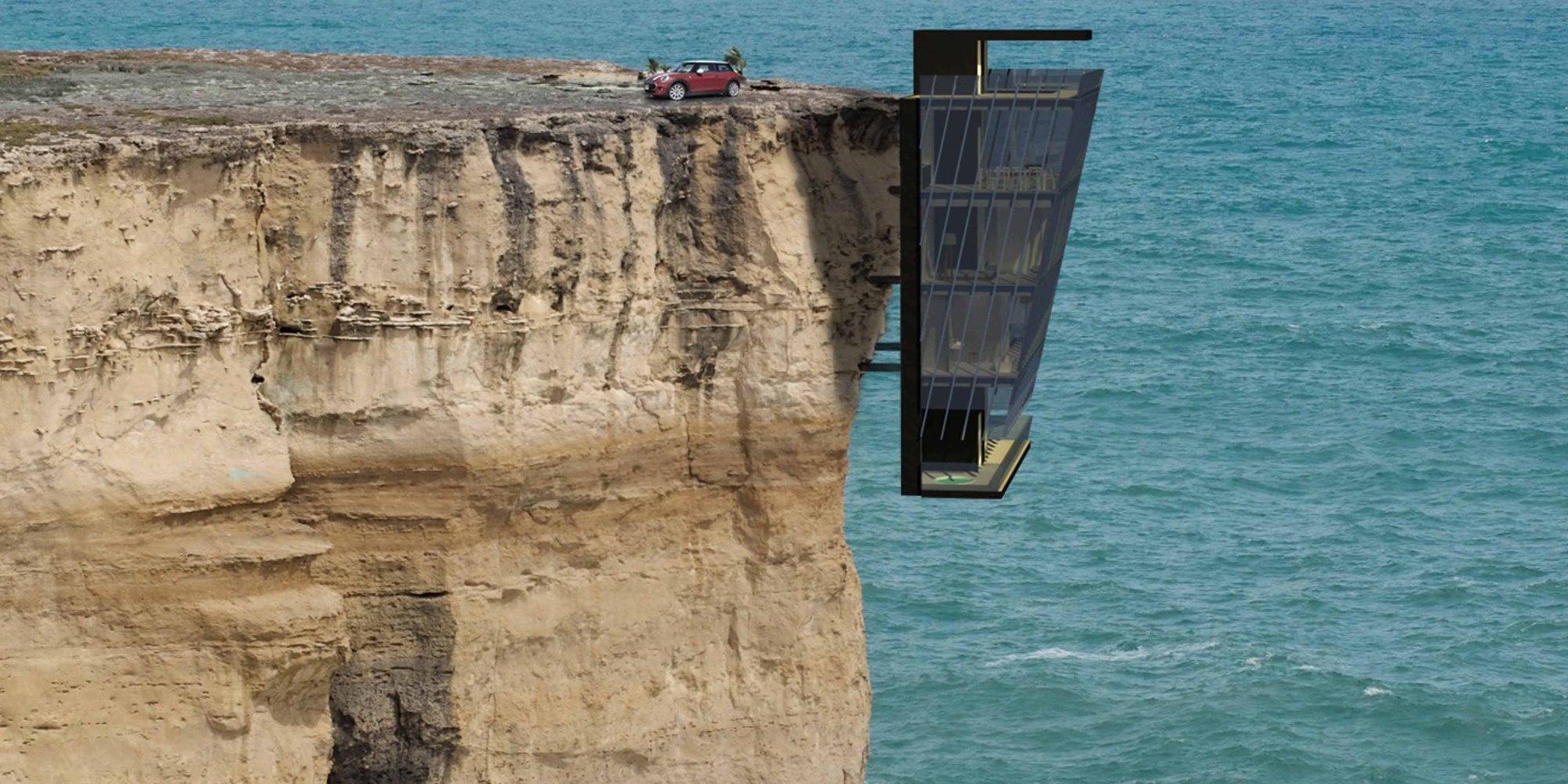 Have I just… had a stroke halfway through reading this sign? 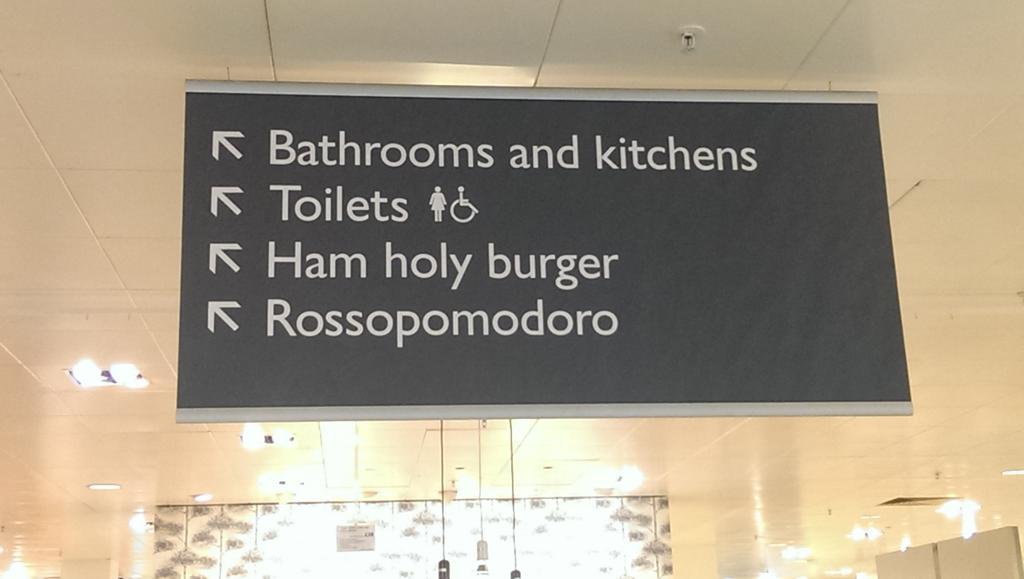 For anyone wondering what "culpable homicide" means, it’s when you’re famous and can buy your way out of a murder charge.

At least Oscar Pistorius will think long and hard before he kills his next girlfriend. 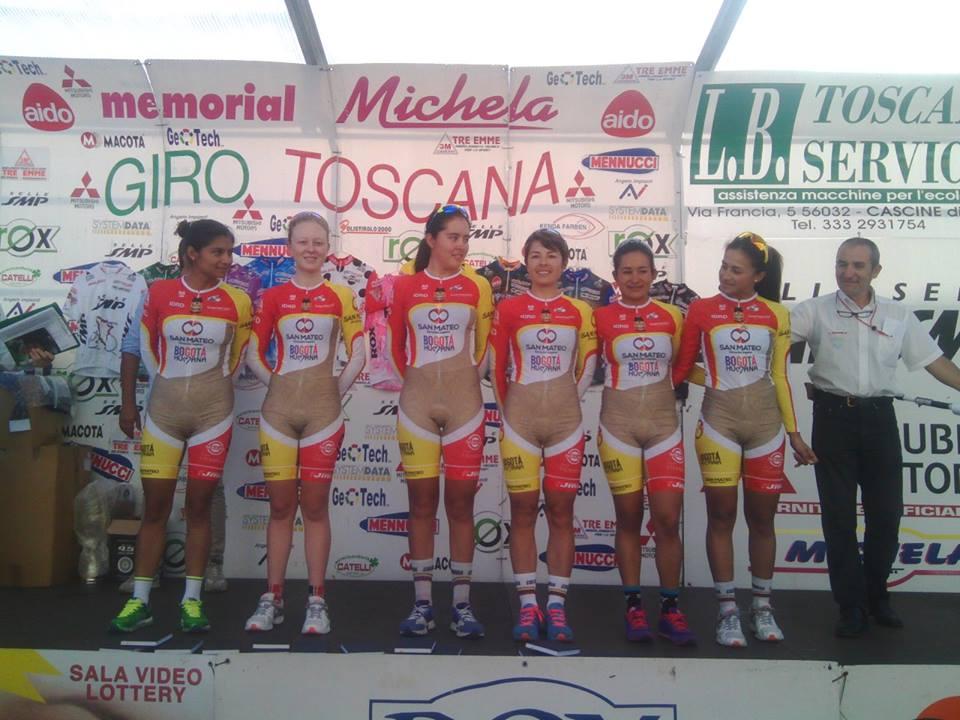 Just take a minute to think that someone actually designed that. It wasn’t a mistake. Poor women.

"Cooking doesn’t get any tougher than this!" says Gregg Wallace, as I laugh to myself and release two hungry Velociraptors into the kitchen.

I think the word you’re looking for is tambourine.

And the leaves trembled,

From the womb of the earth,

From the clear sky

Redheaded guy moving the wheel chocks off my trailer. Just made myself laugh by saying "chicks away, Ginger!" #imsotired 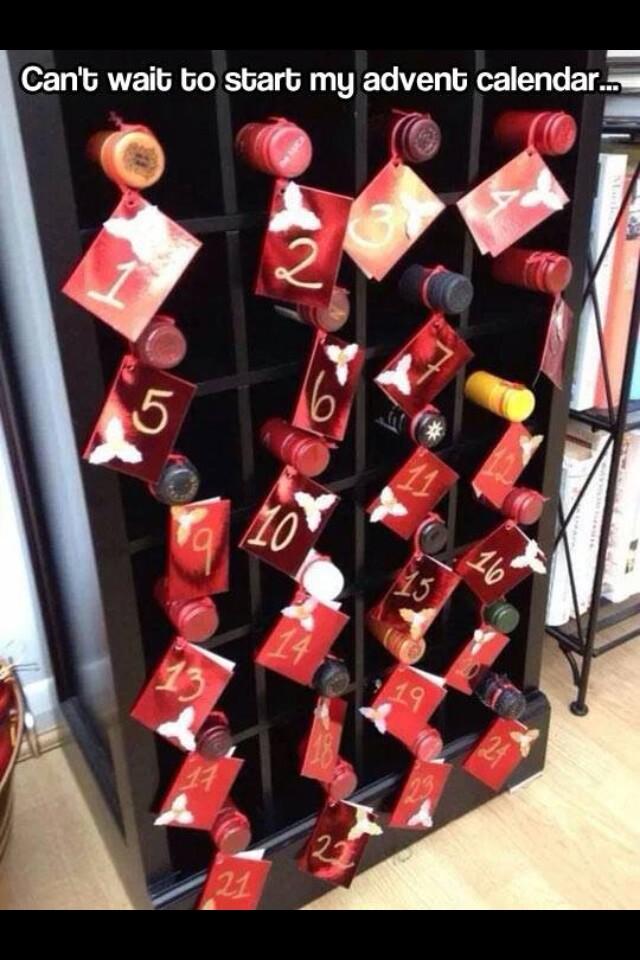 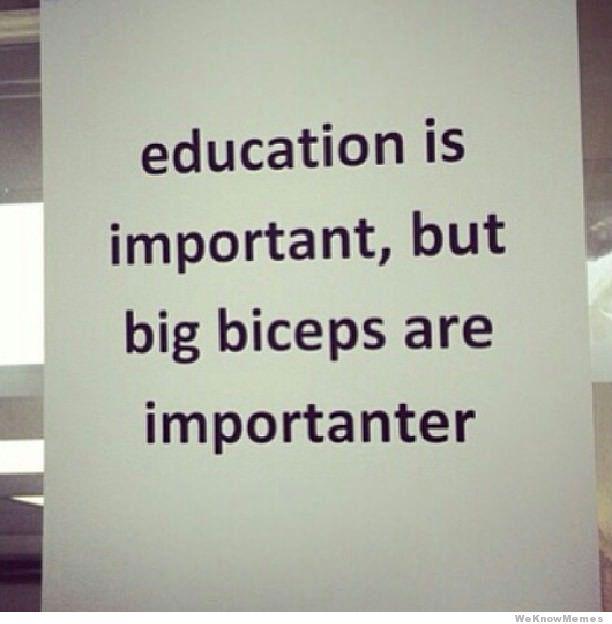 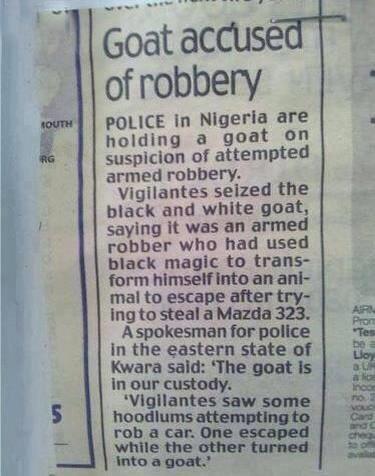 The mail says ‘end of human rights farce’. This from the newspaper that backed Hitler in the 30s. Nothing but fascists 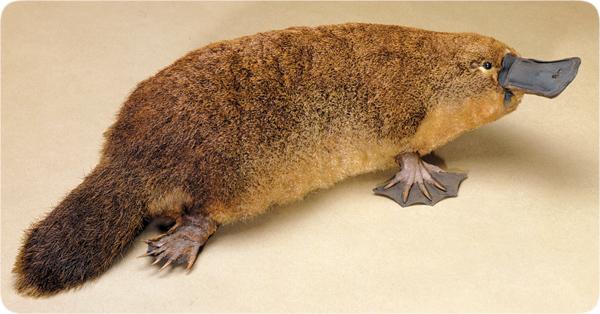 Watched a lot of people riding water scooters today! The segway of the sea. Chances are they were all douches. 🙁 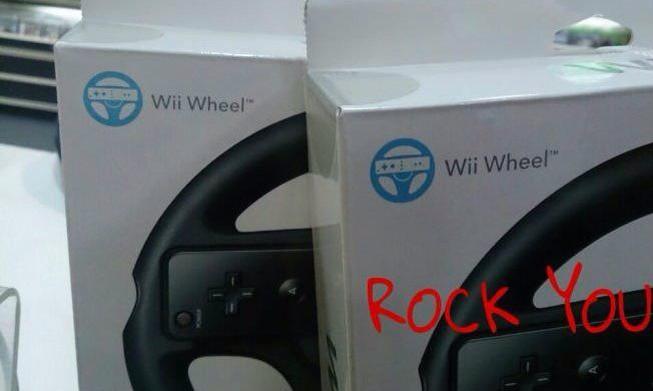 The #IgNobel prize in ARCTIC SCIENCE goes to a team from Norway & Germany for testing how reindeer react to humans disguised as polar bears!

I’d like to know who give it such a high rating.

There’s something troubling about this book’s tone 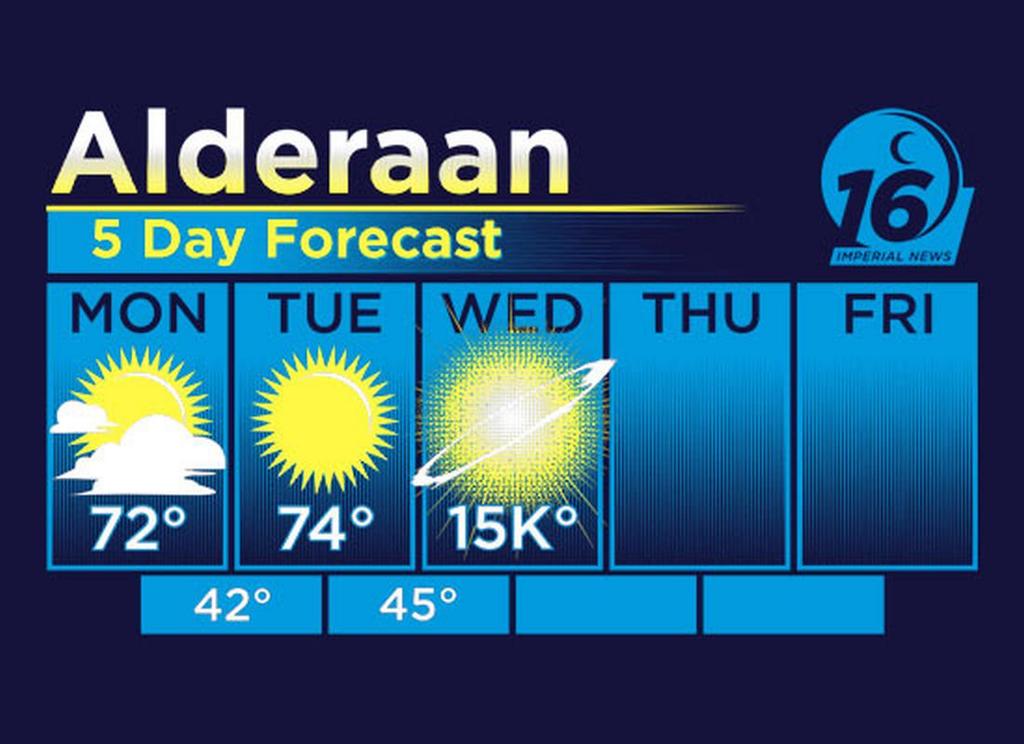 That’s exactly what someone who is dating their dad would say.

#Tesco miscalculate by £250 million. Those self service tills are a bugger.

Have we all seen the dog that looks like Richard Branson? 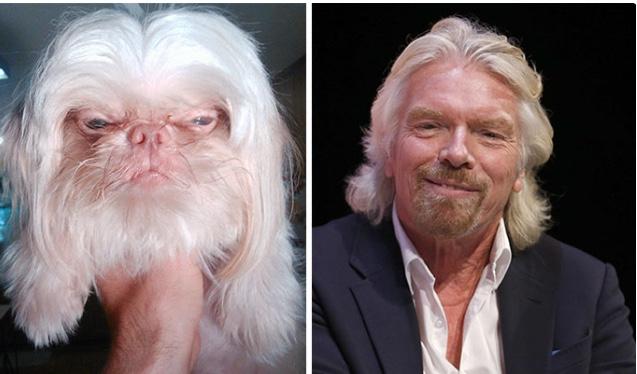 Angry caller says a "Muslim" statue’s being erected in Cardiff and we should do a story on it. Bemused, I ask of what. Answer: "Ghandi". 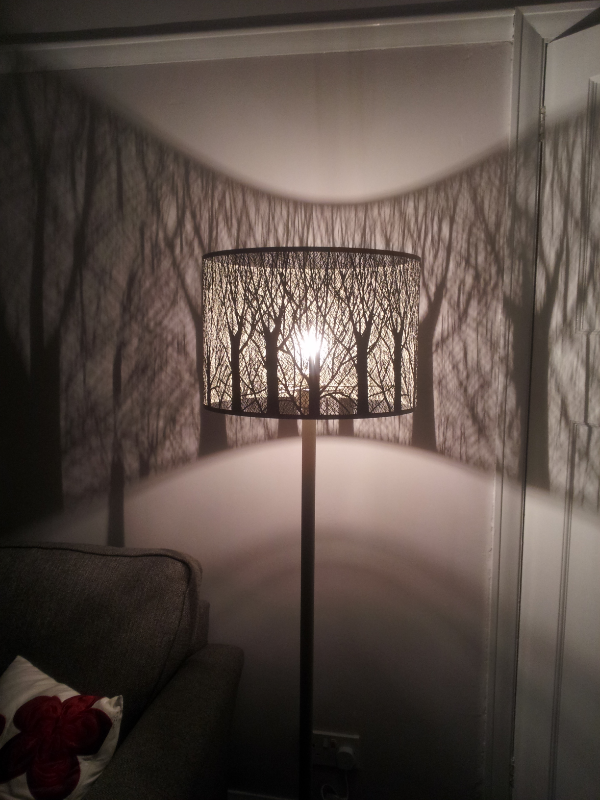 (Black tweeter wrote) Why is it that when a black dude starts acting crazy as fuck on the train, white people look at me like ‘do something’. Shit, I’m scared too.

Frog that looks like the goblin things off Spiderwick Chronicles:

I see the mods are escalating the whole mods/ rockers thing.

If I was a police sketch artist I wouldn’t listen to the victim. I’d draw a majestic gay dragon then flip it over and be all, "Is this him." 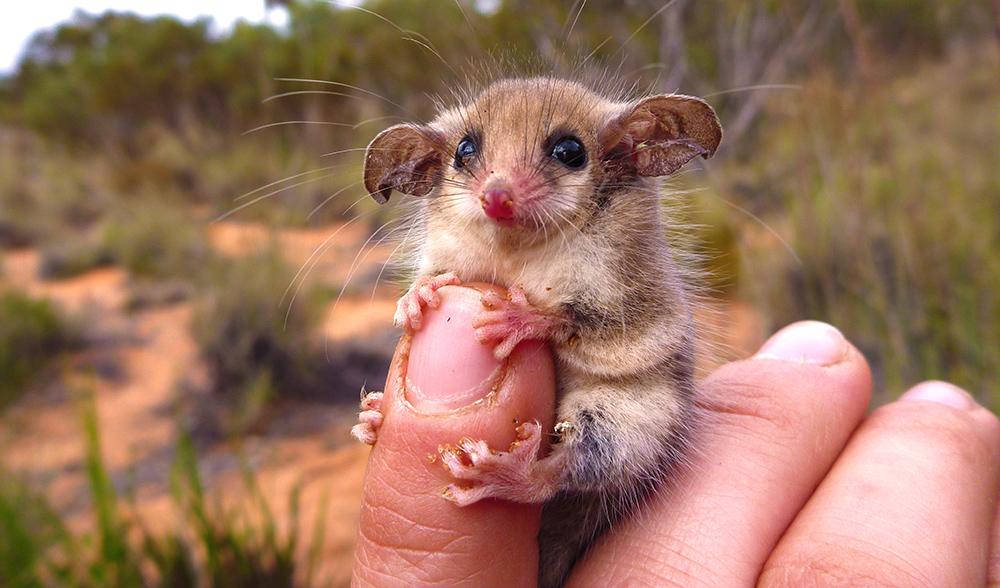 Just seen this comment posted on the #BritainFirst page – "Send the Romanians back to Rome!" They’re not the brightest lot are they… 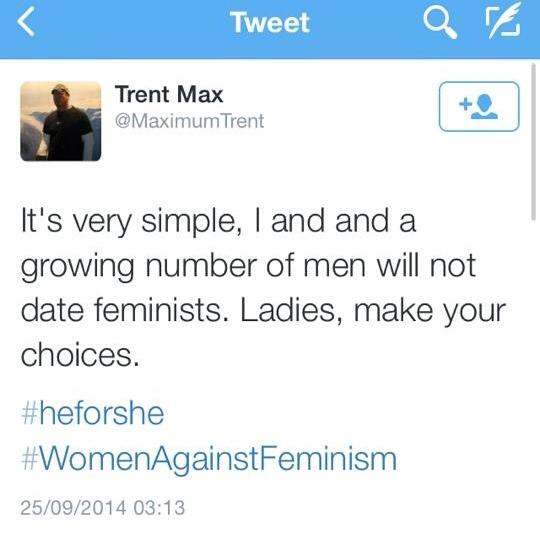 What a loss to the feminist ladies. And the gene pool as a whole. 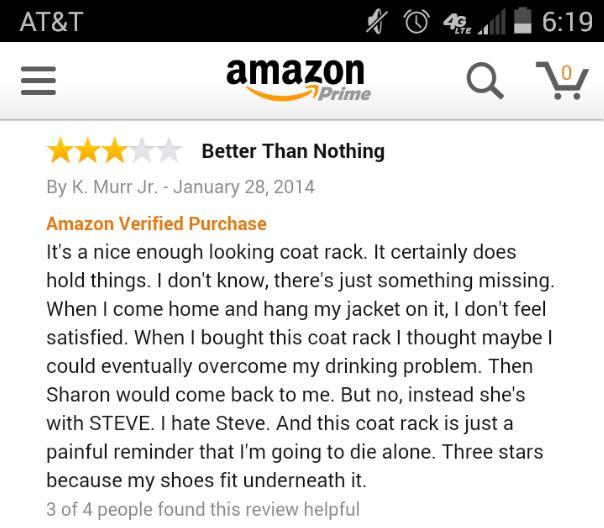 Viz comics had these two: 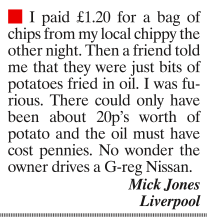 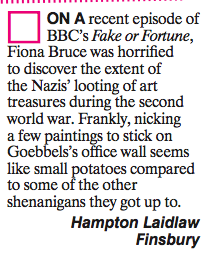 If I were a football chairman I’d only sign cheap handsome players and use the team calendar sales to buy a hovercraft.

My spirit animal is a drugs mule 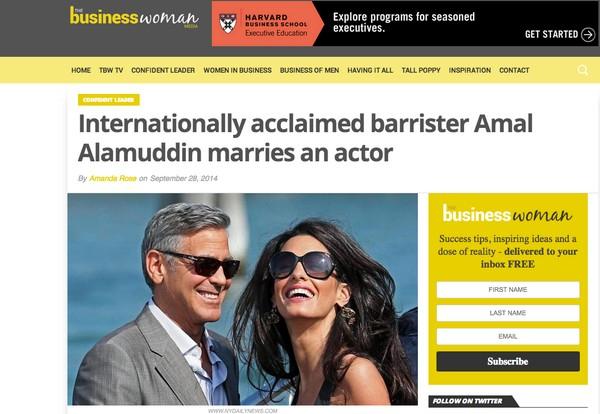 VACANCY: Can you tie your own shoelaces and make tea? Good at patronising? We have a role for a ‘Skills Trainer’ at your local A4e branch. 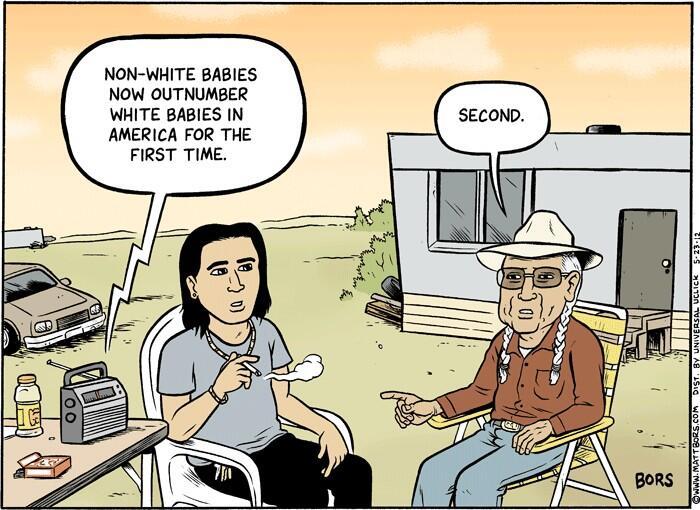 Must admit I had to laugh today when a Polish friend expressed disgust at some Polish racists and told them to fuck off home. 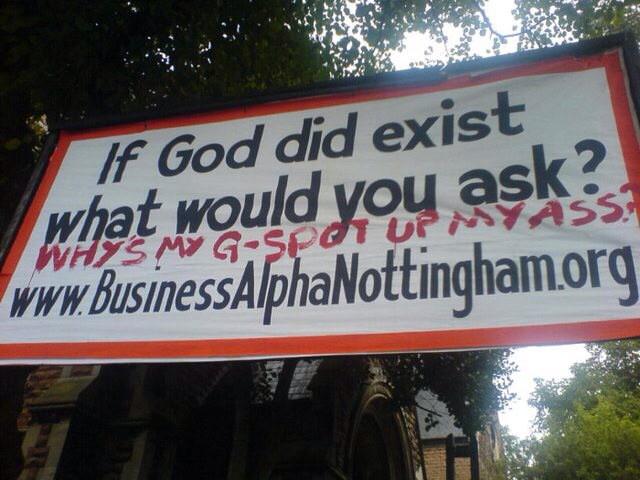 There’s only so many times you say “stop worrying” to me before I shoot you through the bathroom door, by accident. 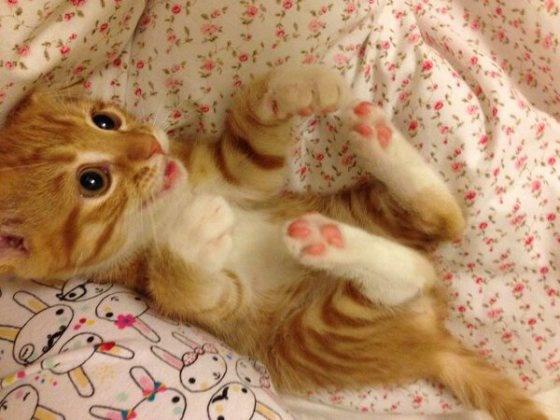